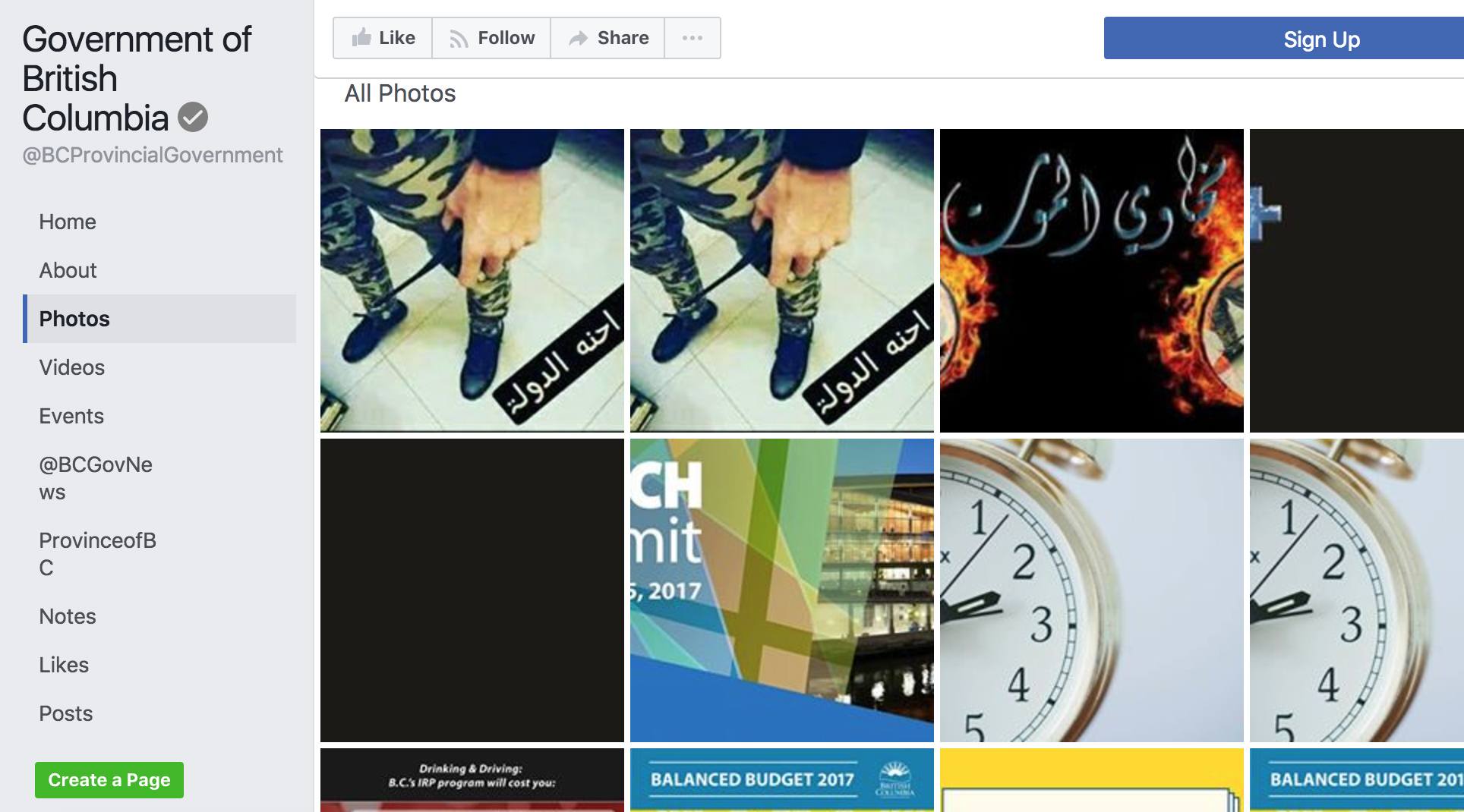 The Facebook page of the BC government appeared to have been hacked on Monday night after unusual photos and text were posted on the page.

Two photos were posted on the page just before 7 pm, both containing what appeared to be Arabic writing.

One photo showed the trousers and boots of a man dressed in military clothing carrying a walkie talkie, together with Arabic text.

Daily Hive has confirmed with an Arabic speaker the meaning of that text is “We are the nation.”

Another image showed four copies of that photo surrounded by fire on a black background, accompanied by more Arabic text. We have not yet been able to translate this.

The “About” section had also been changed to “أبہو يہوسہفہ هنا” which Google translates as “My father is here.”

Although we are publishing the above image for context, Daily Hive has chosen not to publish the photos in full, so as not to spread the hackers’ message.

At the time of writing the photos and text had not been taken down, but a government spokesperson told Daily Hive they were working with Facebook to fix the problem.

Soon after, the BC Government sent out this tweet:

We’re sorry, the @BCGovNews Facebook page has been vandalized. We apologize for any inconvenience and are working to get it fixed asap.