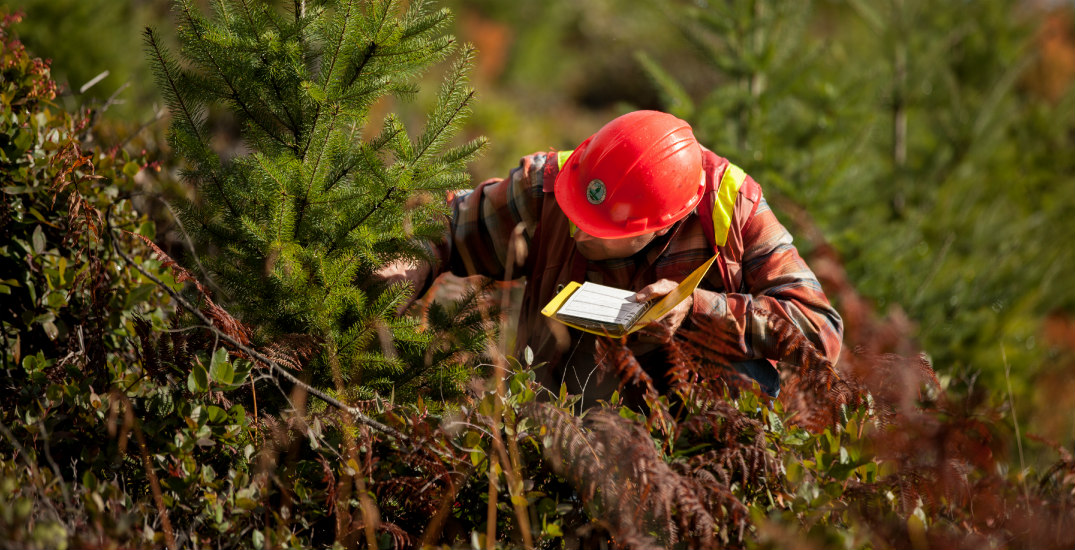 There’s a clear difference between having a job to get by and working with purpose. Less than five minutes into our conversation with Dave Gill,  registered professional forester (RPF), the general manager of forestry at Westbank First Nation-owned natural resource company, Ntityix Resources, this hit home with us.

Gill lives in the Central Okanagan with his family in the unceded territories of the Syilx Nation, and he has been working at Ntityix Resources for almost eight years now. “We manage Westbank First Nation’s two forest tenures: one’s a community forest, and one is what’s called a replaceable forest licence that we’re trying to roll into a First Nation woodlands licence,” he tells Daily Hive.

Gill heads up an ambitious team of seven employees at Ntityix Resources. The team is comprised of professional foresters and foresters in training, including Syilx Nation members who contribute their Indigenous knowledge of the land and its cycles. He says every day brings a new challenge, an opportunity to learn something new, and also a broad responsibility, which is something he truly enjoys about his work.

“One day, I might be looking at ways that we can harvest some timber out of a community watershed in a responsible way. The next, I might be meeting with my road builder or out in the forest with our elders collecting huckleberries. Every day is different, and that’s the beauty of it.” 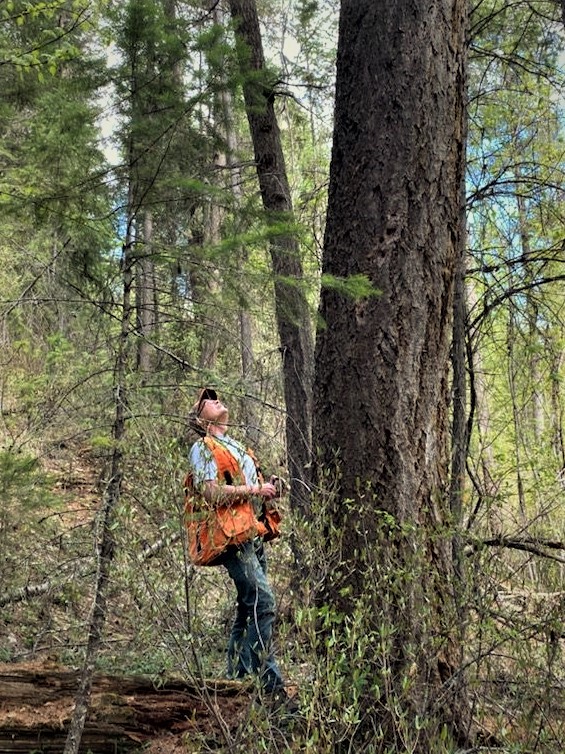 At the time of our interview, the RPF says several of his staff were out working on a wildfire near their community forest.

“Over the last 10 years, there’s been a tremendous amount of work that has gone into fire mitigation projects around communities,” says Gill. “But philosophically, I think we have to take a look at how we’ve been managing fire for the past 100 years at the landscape level. I think we have to look at the role that fire plays in our ecosystem.”

He continues, “We have to understand and learn more about how Indigenous people managed fire for all the time that they were here before. I think there’s a lot of good knowledge that we haven’t even started to uncover.”

Before moving to Kelowna, Gill worked with the government for a period of time, operated as a consultant, and prior to that, spent the first half of his career working for forest companies in both northern and coastal BC. Gill has been an RPF for 35 years, but his interest in and dedication to the industry has not waned — it’s stronger than ever. 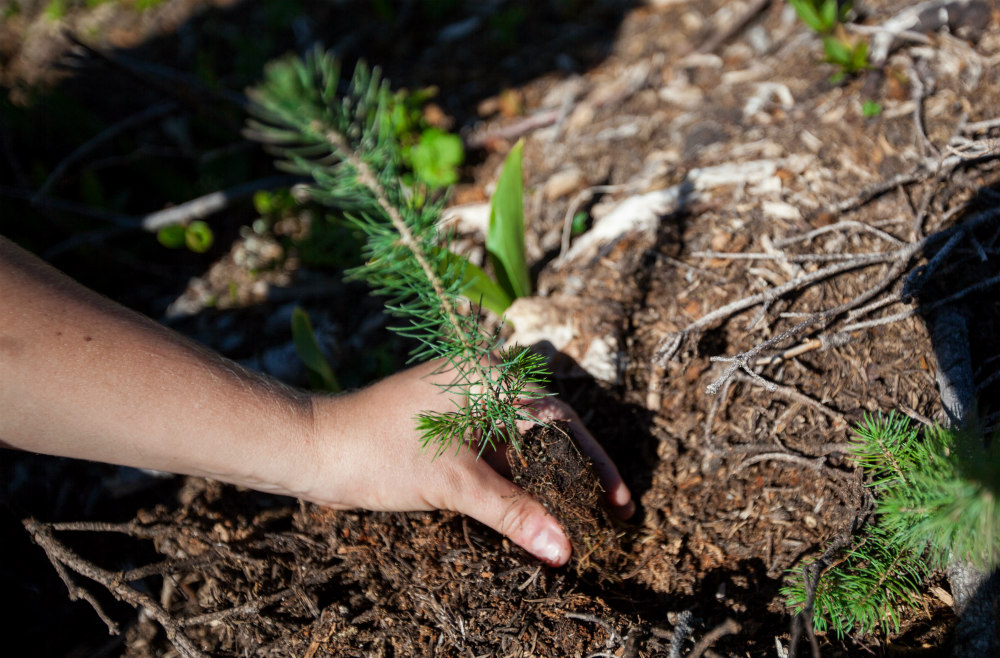 When asked why he pursued a career in forestry, Gill laughs. “There were times where I was sitting underneath a log on Haida Gwaii eating a peanut butter sandwich in the rain, wondering why I went into forestry,” he says. “But, it’s funny how memories change over time, and what seemed like such misery at the time is now such a fond memory.”

Gill admits he had no idea what he wanted to do upon graduating from high school. But not long after, he landed a summer job with Forestry Canada. His first assignment saw him visit Hixon to work with a team of researchers who were studying spruce bark beetle and the impacts the beetle had on the forests.

“Even though I was the guy picking beetles off the trees and out of the traps, counting them, and trying to determine if they were male or female, I was working outside every day in the beautiful Cariboo Mountains,” he recalls. “I was hooked.” So, the first time he had a couple of days off, Gill enrolled in the forestry program at UBC and began what would be his lifelong passion. 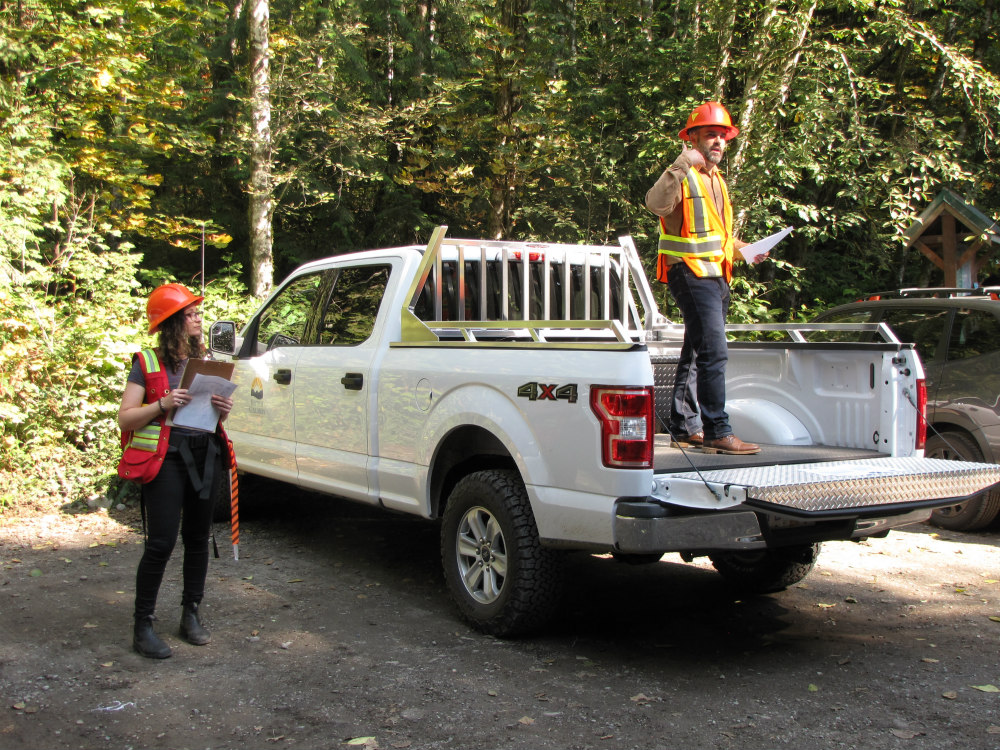 When Gill went through the registration process to become a professional forester, he says he had to find a sponsor before he enrolled as a forester in training. “I had to get two years of forestry experience, then I had to write this long exam and pass it before I could become registered as a forester,” he notes. “Today, it’s a little bit different.”

Today, anyone seeking to become a registered forest professional must first complete a two-year college diploma or four-year university degree in an accredited forestry program — or a related natural resource program — before applying to the Association of BC Forest Professionals (ABCFP) for registration.

Once their application is accepted, trainees must then complete a series of online education modules and exams under the supervision of a sponsoring forest professional, all while gaining work experience. The process takes most applicants two to four years. After successfully meeting all the requirements and registering with the ABCFP, they have the right to practice professional forestry in BC but must adhere to a strict code of ethical and professional conduct.

Gill, who is currently sponsoring three foresters in training, says it’s not just a passion for the outdoors that those hoping to work in the profession need. “It’s a passion to get to know the forest and understand the implications of the decisions that you’re making on the land,” he says. “The passion has to be there; that passion has to be deeply rooted in your soul for you to do the job that needs to be done.” 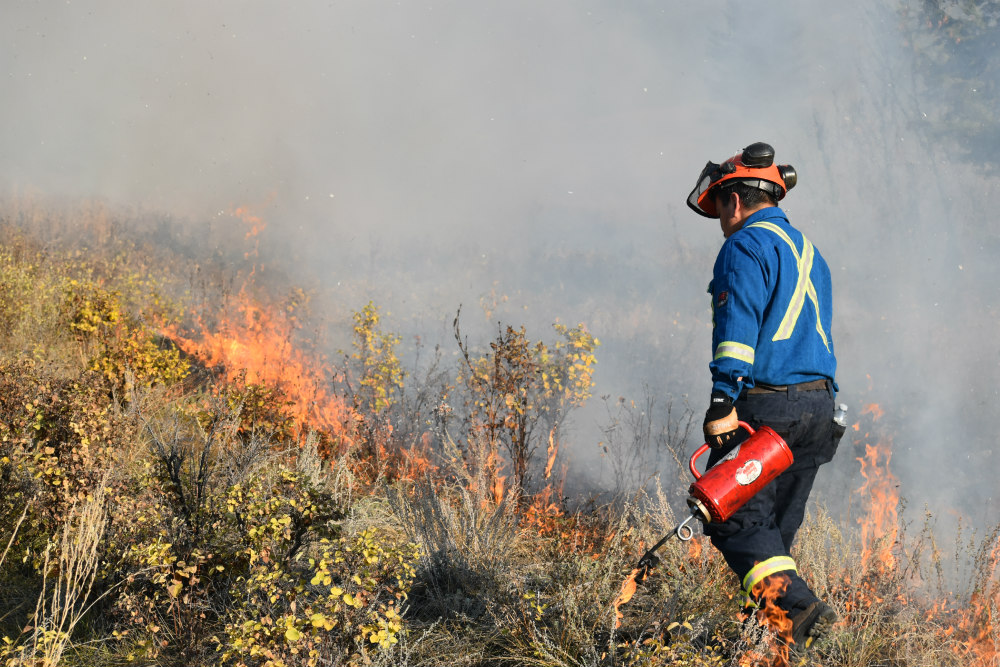 One of the main challenges, and what makes forestry so interesting, Gill notes, is balancing the competing desires society has for how our forests are used. Depending on the community, RPFs often need to consider requirements and legislation governing wildlife habitat, watershed protection, First Nations traditional uses, and eco-tourism, as well as timber harvesting. 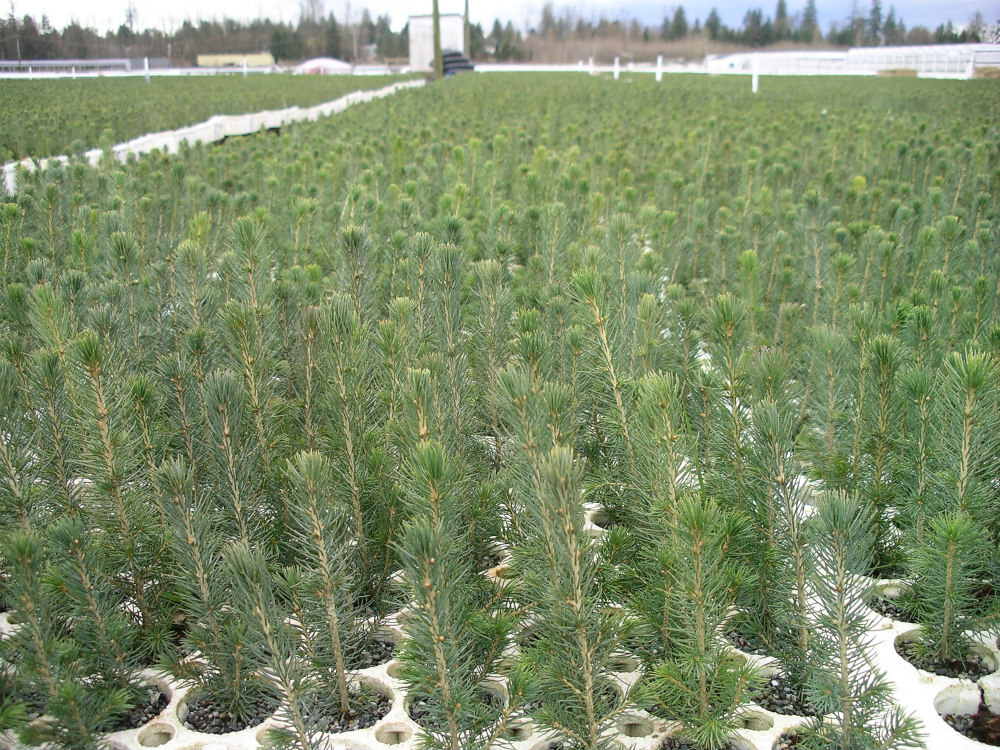 Towards the end of our conversation, Gill noted that we are in “very interesting times” in forestry in BC. “I would encourage anyone who has a passion for forest stewardship and moving our profession forward — do it.” He adds,” It’s an awesome career. I don’t regret any of it — not even the soggy sandwiches.”

To learn more about the practice of forestry and BC’s registered forest professionals, click here to read the brochure titled Trusted to Care: BC’s Registered and Regulated Forest Professionals.