A new study released today by the Fraser Basin Council states that a major flood in the Fraser River could cost up to nearly $33 billion to become the most costly natural disaster in Canadian history.

It examined catastrophic flood scenarios along the coast during the winter and freshet river floods and snow meltwater – along a 170 km stretch of the Fraser River from Hope to the mouth of the river at Richmond – from rainfall during the spring. With rising sea levels and other effects of climate change, the risk of a major damaging flood is projected to worsen over the coming century.

The river scenario predicts extensive flooding in the Fraser Valley, with Chilliwack, Kent, Harrison Hot Springs, and parts of Abbotsford underwater. The City of Vancouver and the North Shore are, of course, particularly vulnerable to rising coastal waters: Much of the shorelines, including False Creek, the False Creek Flats, and port lands, are flooded by rising sea waters.

Dikes in Metro Vancouver and the Fraser Valley are considered vulnerable to failure as most were rebuilt in the 1970s and 1980s according to the standard at the time, which has since been deemed as too low.

The findings from the study are to be used as a planning tool to help identify risks and address mitigation priorities. Additional work and studies will be performed to assess the risk further and reduce any uncertainties.

On the same day the study’s findings were released, the provincial government announced that it will provide the Fraser Basin Council with $1 million to help fund additional research. This adds to a $16.6 million investment earlier this year by the province to help fund a $25-million project in Richmond to upgrade four pump stations and raise and strengthen 1.75 kms of river-fronting dikes. 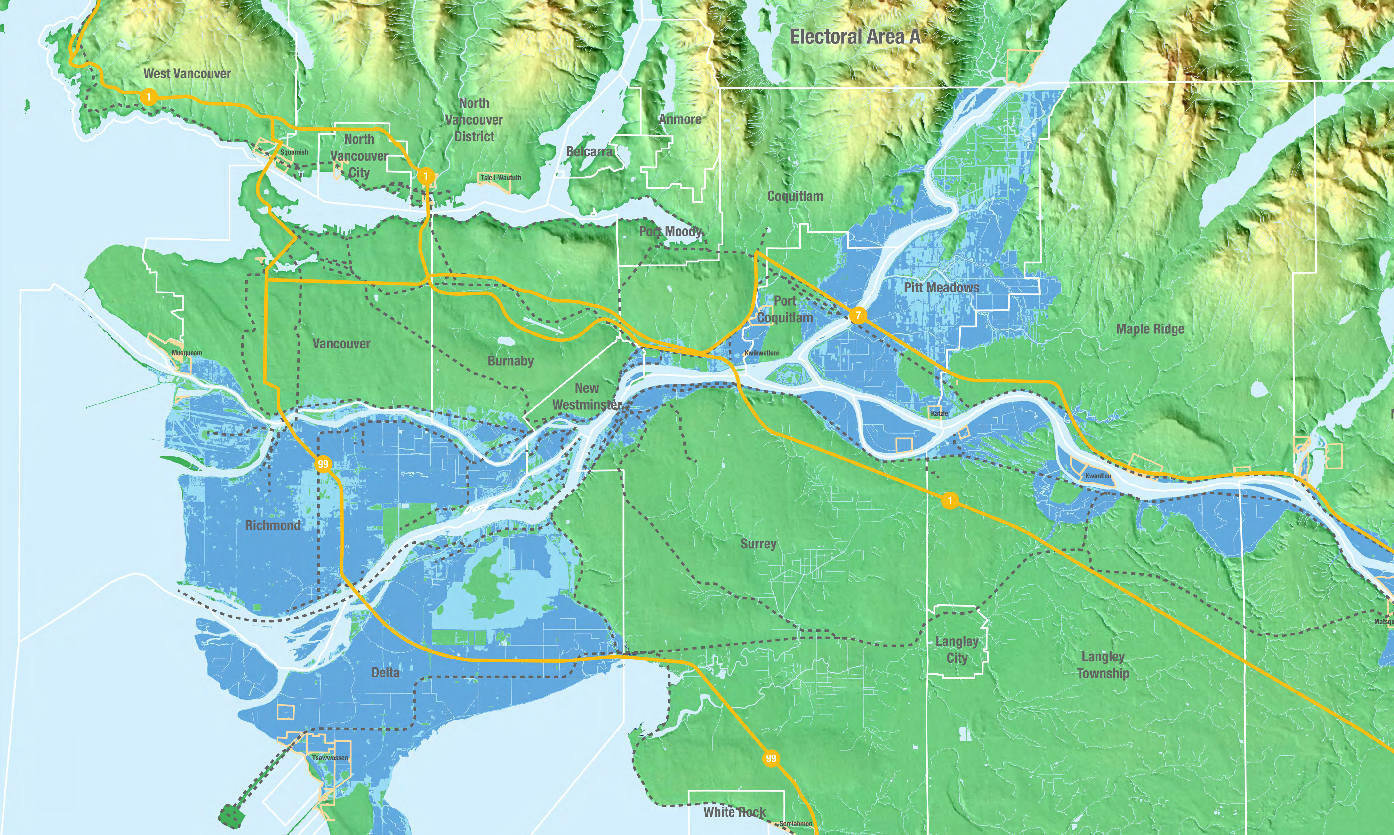 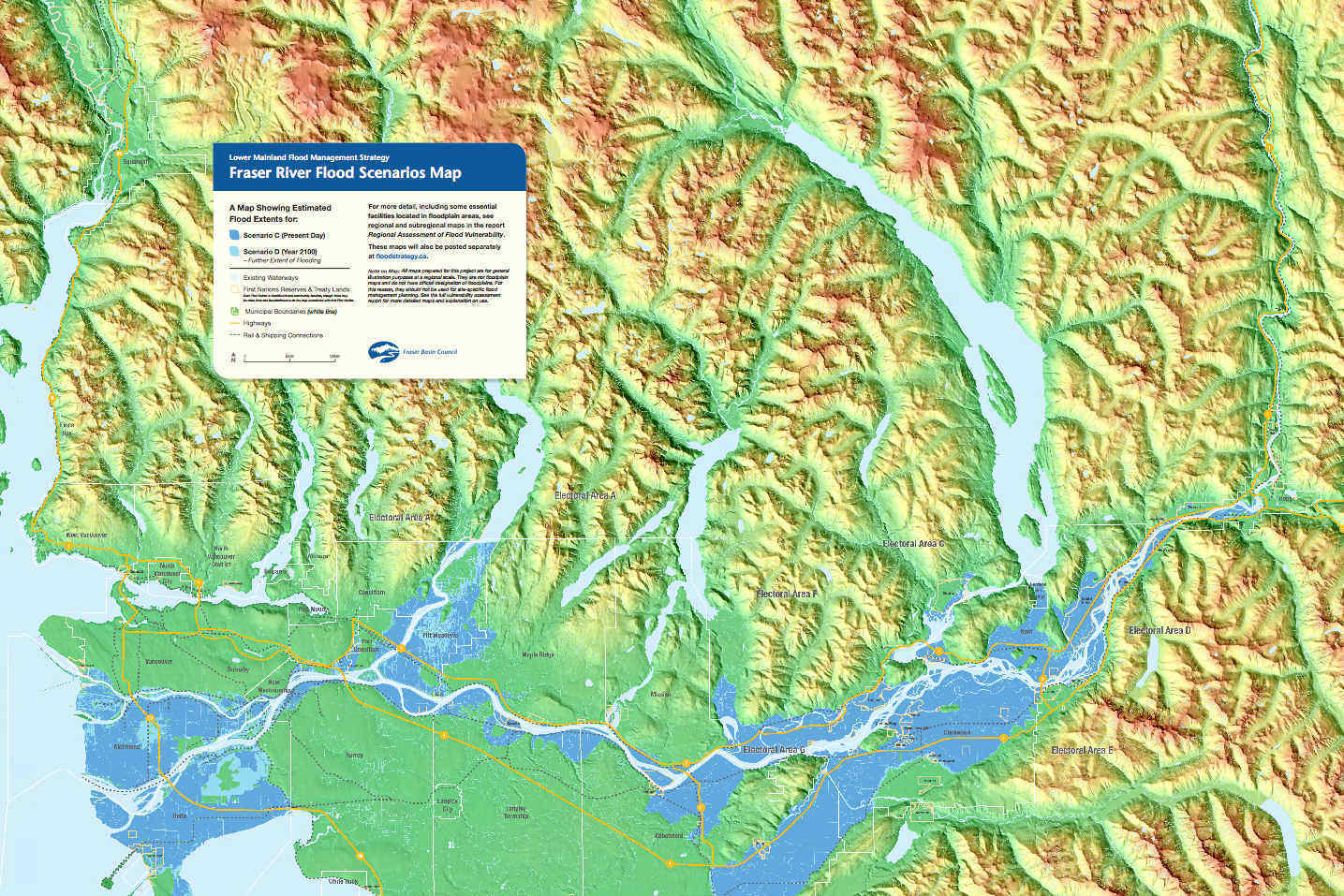