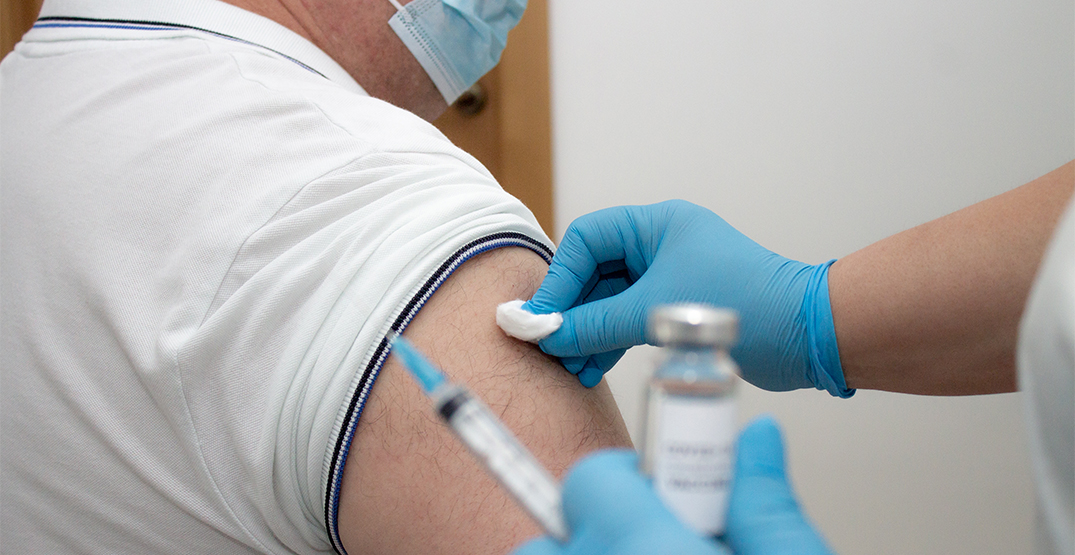 Many British Columbians will be able to receive their second dose of the COVID-19 vaccine faster than expected.

On Thursday afternoon, health officials announced that they were reducing the amount of time between the first and second dose of the Pfizer and Moderna vaccine from 13 weeks to approximately eight weeks. Details were provided during a live press conference with Provincial Health Officer Dr. Bonnie Henry and Health Minister Adrian Dix.

“We now have sufficient, confirmed deliveries of vaccine in our age-based program — that’s the Pfizer and Moderna vaccines — that we can move up the interval,” Henry explained.

“We started to do that as more vaccine became available in the last few weeks and moved it up to people getting their invites for second doses at about 13 weeks. Now for most people, we will be moving it up to about eight weeks.”

Henry added that the second dose of COVID-19 is important for both the person who receives it as well as their local community.

“The booster dose builds on the antibodies and the cell response that you get from your first dose and provides more durable and longer-lasting protection,” she said. “It ensures that you have maximum protection for the maximum amount of time.”

Health officials announced that they were considering a shorter window between the first and second doses of COVID-19 vaccines earlier this month. Up until now, the interval for most people has been 16 weeks. The province only recently reduced that window to 13 weeks.

Second doses will be prioritized and given similar to the first doses. Seniors, Indigenous people, and people who identify as Clinically Extremely Vulnerable (CEV) will be prioritized, with invitations already going out to those who are eligible.

“I anticipate we’ll have more information by the end of next week to be able to provide advice to people who have received AstraZeneca so they can make an informed decision about receiving AstraZeneca as their second dose or receiving one of the mRNA vaccines,” Henry said.

She added that they have enough supply for British Columbians to receive a second dose of AstraZeneca and she’s not worried about expiration dates, meaning people will have time to make a proper decision.