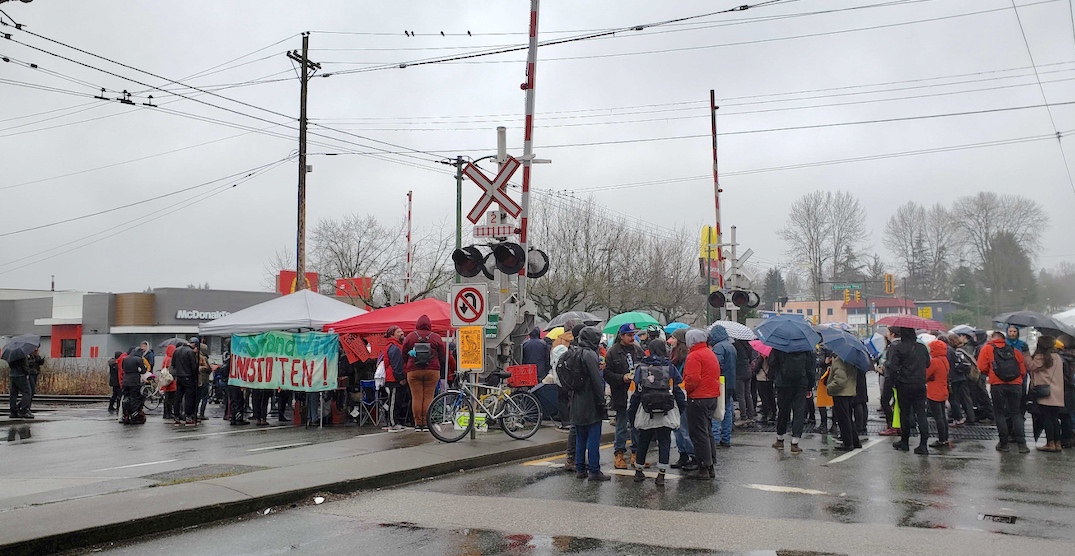 After receiving information Wet’suwet’en protesters were planning to stage a blockade at Swartz Bay ferry terminal over the busy Family Day long weekend, BC Ferries was granted an injunction banning protesters from blocking access to all of its terminal facilities.

“We took this action as a last resort in the interest of public safety,” said Deborah Marshall, spokesperson for BC Ferries, in a statement to Daily Hive Urbanized. “BC Ferries respects the rights of individuals to peacefully express their views, as long as their actions do not jeopardize the safety of themselves, our customers, employees and the general public.”

“Our concern is that our customers and employees have safe and unimpeded access to our terminals as we provide an essential service to connect communities and commerce.”

Swartz Bay ferry terminal is one of BC Ferries’ busiest terminals, serving the major route to Tsawwassen, as well as the routes to Fulford Harbour and Lyall Harbour.

Earlier in the week, protesters blocked the intersections of Cambie Street and West Broadway, and University Boulevard and Wesbrook Mall on the UBC campus. The protest outside Broadway-City Hall Station led to 99 B-Line delays reaching up to two hours.

Protesters on separate occasions also blocked Hastings Street and the Granville Street Bridge, forcing long detours of public transit buses on those corridors. Some protesters were arrested near the Port of Vancouver when they refused to follow a court injunction banning them from blockading the port.

Saturday’s protests blocked the Canadian National (CN) railway at Renfrew Street, right outside the entrance into SkyTrain’s Renfrew Station, but there were no disruptions to the rail transit service.

The movement is against the construction of the Coastal GasLink natural gas pipeline between Dawson Creek in northern BC to the LNG Canada facility on the coast.

Across the country, the protests have shutdown critical railway corridors operated by both CN and Canadian Pacific, forcing the companies to stop or scale back their freight operations.

The disruptions have also impacted VIA Rail, which made a decision to cease all of its operations across the country until further notice. It uses tracks largely owned by CN.