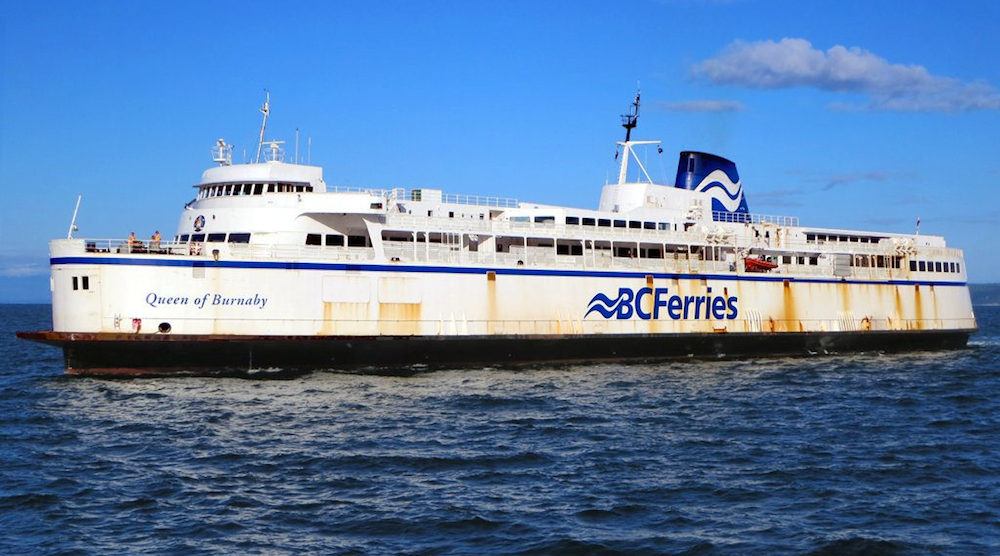 One of BC Ferries’ oldest vessels is being sold online, marking the first time the ferry corporation has sold a vessel through an online liquidation platform.

A listing on Gov Deals starts bidding at $400,000 for the 1965-built Queen of Burnaby, which will be removed from service this April. That’s less than the January 2017 benchmark price of $512,300 for a condo in Metro Vancouver.

It is used along the Comox-Powell River route and makes approximately 54 sailings per week, equivalent to about 918 nautical miles of weekly travel.

The online auction ends on Wednesday, February 15. The last time BC Ferries sold a vessel at an auction was the live auction in 2003 for the controversial fast ferries fleet, which were eventually resold by the local buyer to a company based in the United Emirates.

The Queen of Burnaby will be replaced by one of the three new Polish-built mid-size ferry vessels. The first vessel, the Salish Orca, has already arrived in BC and is intended to be the new replacement vessel for the Comox-Powell River route.

The Salish Orca and her two sisters, the Salish Eagle and Salish Raven, are each 107 m long and have a capacity for up to 600 passengers and 145 vehicles. These vessels will be the first in the entire ferry fleet to be able to operate on dual fuel, on either diesel or LNG. The aim is to switch the ferries to using LNG, which is cheaper and more environmentally friendly, while also retaining conventional diesel capability. 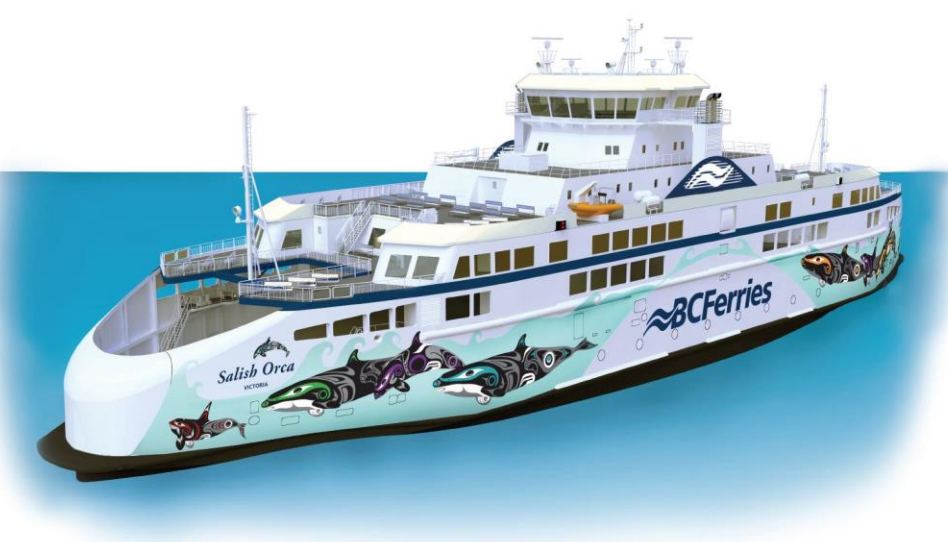 Artistic rendering of the new Salish Orca, the newest vessel on the BC Ferries fleet to replace the Queen of Burnaby. (Image by: BC Ferries)