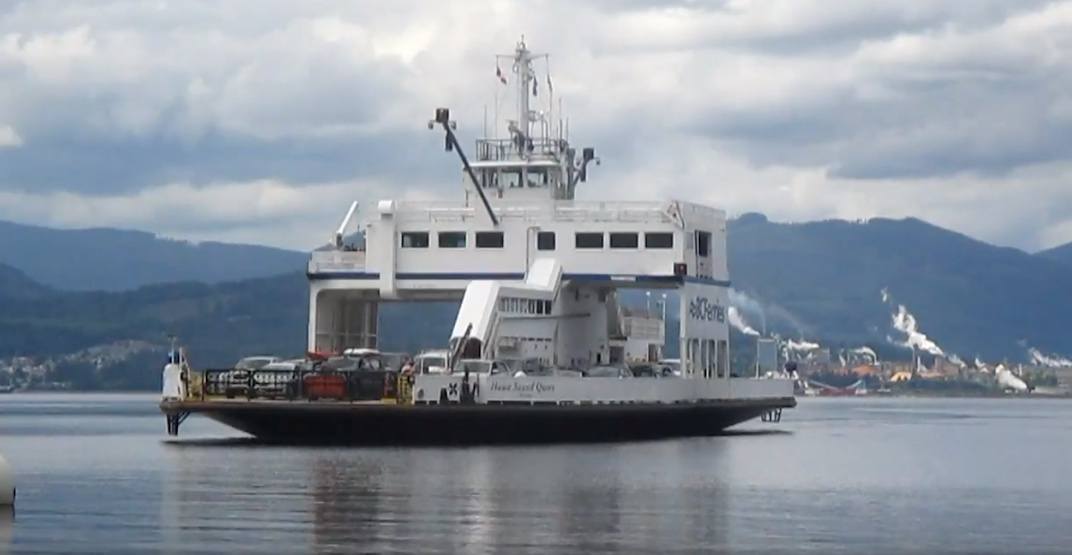 A small aging vessel on the BC Ferries fleet that is scheduled for retirement late this spring has been listed for sale in an online auction.

The ferry corporation is attempting to sell the Howe Sound Queen, which currently serves the Salt Spring Island route between Vesuvius Bay and Crofton.

This 1964-built vessel is set to be retired during the first week of June, when it will be replaced by the 1977-built MV Quinitsa, which previously operated on the Denman Island-Buckley Bay route until it was recently replaced by a new cable ferry.

According to the listing on liquidity services marketplace website GovDeals, the starting price of the Howe Sound Queen was $5,000. After 21 bids, the price of the vessel has reached $11,001.o1, but there is still plenty of time to allow for the digits to increase as the auction will not end for another 12 days.

The diesel-powered, twin screw propulsion vessel, with a tonnage of 855 GRT, can accommodate up to 300 passengers and 52 vehicles. It has a length of 74.4 metres, beam of 18.44 metres, and maximum operating speed of 10 knots.

It has attained significant mileage, with about 470.4 nautical miles travelled per week on about 84 roundtrip sailings.

According to local maritime heritage website West Coast Ferries, the Howe Sound Queen was previously known as the Napoleon L. and operated in Quebec until 1971, when it was acquired by BC Ferries. The vessel’s most recent refit occurred between 2007 and 2008 at a cost of about $3 million.

In early-2018, the ferry corporation also auctioned off the 1965-built Queen of Burnaby, which is significantly larger with a capacity for 904 passengers and 168 vehicles. The starting price was also $5,000, but the auction ended with BC Ferries raking in $653,000.