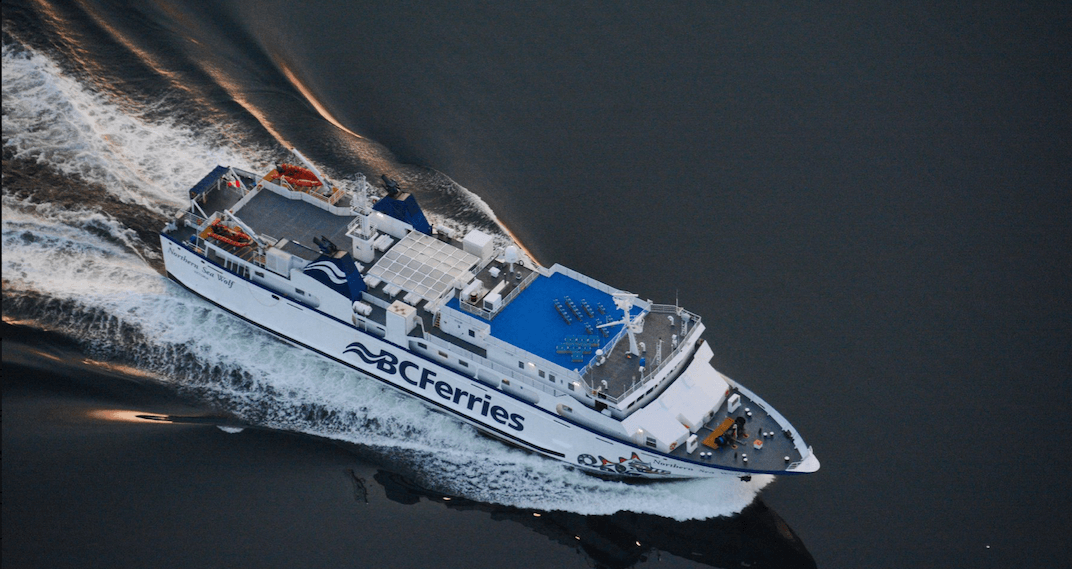 A public campaign was launched on social media last week in an attempt to bring awareness to the verbal and sometimes physical abuse ferry workers allegedly face from disgruntled BC Ferries customers.

The campaign from the BC Ferry and Marine Worker’s union, Stop Ferry Worker Abuse, has been gathering a lot of traction on social media after a video was released as part of the campaign.

Kevin Lee, spokesperson for the BC Ferry and Marine Worker’s Union, says that they had no choice but to launch a public campaign after the overwhelming results of a survey they conducted amongst ferry workers this past year.

“We had to go forward and do something about this issue,” said Lee.

Approximately 750 people participated in the survey, of which 90% said they had faced verbal abuse and yelling by customers.

Another 12% faced sexual harassment, 9% faced racial harassment, and 10% faced actual physical violence, according to the results of the survey.

“We’ve been asking for two-and-a-half years for some kind of change, we had a two-and-a-half year battle on what the sign would be, ironically they started putting up the signs on Friday, which was the launch date of this campaign,” Lee said. 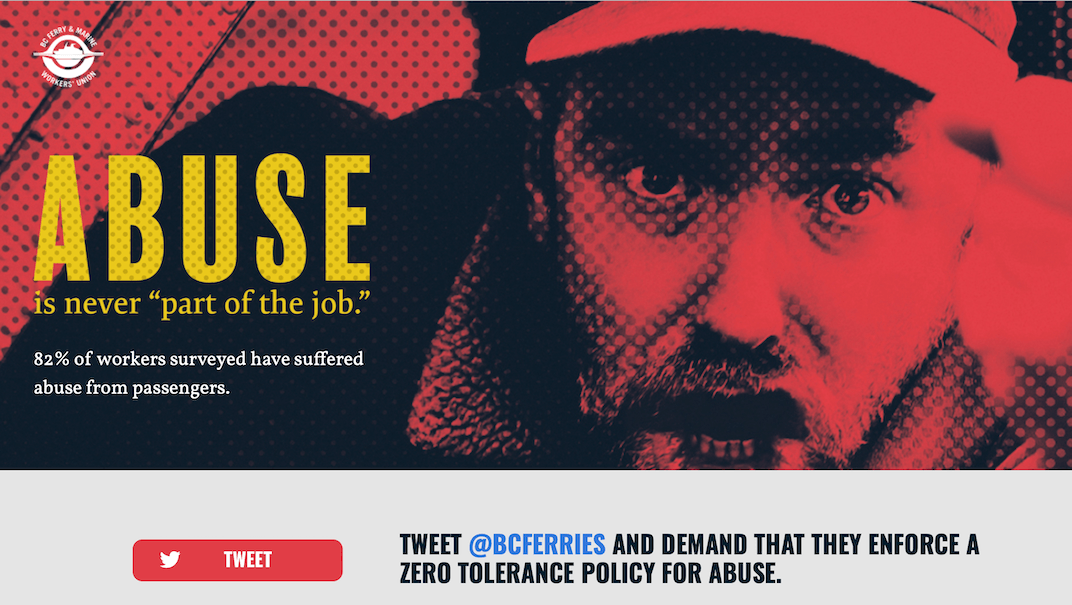 According to Lee, BC Ferries’ slow response to the abuse faced by workers is in big part because of the company’s commitment to branding.

“They’re selling up the experience to their passengers, that is their main goal,” emphasized Lee.

“They say they have a zero tolerance policy (for abuse) but they’re not enforcing it to the letter,” he continued.

BC Ferries, on the other hand, still deny being slow to act.

While Lee pointed out that the public campaign was the reason the company finally felt compelled to jump into action by putting up anti-abuse signage around terminals, Corinne Storey, the Chief Operations Officer of BC Ferries, disagrees.

“BC Ferries and the BC Ferry & Marine Workers’ Union jointly agreed to produce posters that would be displayed at the terminals, and also agreed on the messaging to be printed on the posters,”, said Storey.

“Timing of displaying these posters is unrelated to the Union’s advertising campaign,” she continued.

In response to the results of the survey conducted by the ferry worker’s union, Storey says that there is a certain level of uncertainty concerning the credibility of the survey.

“The report has not been shared with us. We do not know the methodology that was used; we don’t know if employees that did respond understood how their responses would be used.” said Storey.

“We also don’t know what constituted the definition of abuse that resulted in the percentages the Union is citing. We have heard from some employees that they were not aware of how their responses would be used.” she said.

When asked what more he expects to see from BC Ferries, Lee emphasized that de-escalation training and mental health first-aid for the front-line ferry staff was of utmost importance to ensure a respectful and safe workplace.