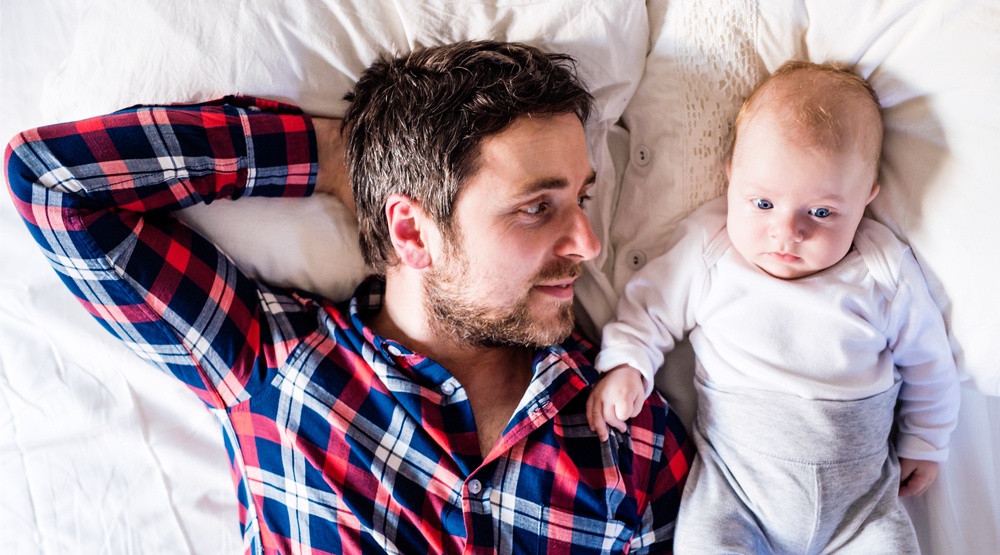 It’s hard managing the high cost of making a home, either as a renter or new homeowner in BC, especially when many of us are also absorbing the costs involved in starting our families.

But it wouldn’t be nearly so hard to make a home for ourselves and our kids if public policy didn’t allow other costs like childcare to add up to another mortgage-sized payment each month.

Right now, childcare costs double university tuition, at the very moment most young adults were hoping to pay down their own student debts. 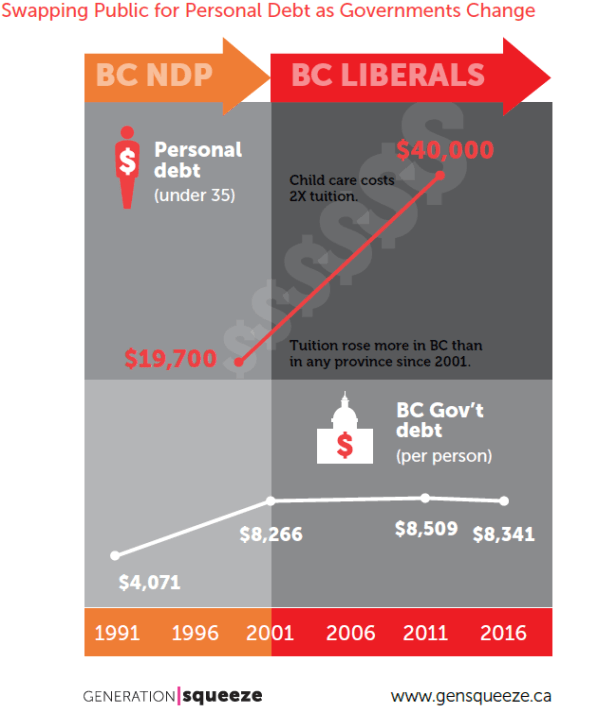 Personal debt and public debt under different BC governments (GenSqueeze)

Just imagine if the next government were to invest in child care and early education to bring the costs down to at least no more than $10/day – or $2,500 a year – as my Gen Squeeze lab at UBC first proposed back in 2011.

That would save young families tens of thousands of dollars with which they could pay down student debt, pay for rent or make mortgage payments, and set some money aside to save for retirement.

In the lead up to the election, Generation Squeeze worked hard to convince all parties that childcare should no longer cost as much as mortgage-sized payments for young British Columbian families who already struggle with far higher home prices than in the past.

In the 2017 election, this is one of big issues on which the parties diverge.

What the parties are promising

The BC Liberals will invest a little more money in child care – about 2% of the additional investment required to build a good childcare system.

The BC NDP embraced Gen Squeeze’s recommendation of $10/day child care. According to its platform, the NDP will invest $400 million more on childcare by 2019/20 – an amount that is just over 25% of the cost of our recommendation. It’s a decent start so long as an NDP government would ramp up its spending more urgently thereafter.

The BC Greens didn’t explicitly embrace our $10/day child care recommendation. But more than other parties, the BC Greens responded to the urgency with which Gen Squeeze called on politicians to invest in childcare services.

The BC Greens will invest around $1 billion more in childcare by 2019/2020 to bring costs down for parents – often aiming to make childcare free (after taxes). That’s about two-thirds of what a good, fully-developed system will cost, and more than double the NDP investment after three years. The BC Greens don’t yet have a detailed plan to show how it will invest this money. There are lots of details in our $10/day plan from which the BC Greens could borrow.

In keeping with the Gen Squeeze emphasis on investing in childcare services and parental time at home, the BC Greens will also invest $500/month in households where a parent is home with a child under age three, when they are not using childcare services.

One note of caution on this policy proposal. Evidence from other countries shows that this kind of government spending can reinforce the gender division of labour and the gender earnings gap if the money is not spent carefully in ways that attract both dads and moms to use the time at home with their children. This is a design detail that Gen Squeeze emphasizes in our recommendation to increase the length and monetary value of parental leave benefits.