Nevertheless, Kershaw, a policy professor at the UBC School of Population Health, told Daily Hive election night was a “rollercoaster” for him.

“The most touching moment came as a personal challenge,” said Kershaw. “I was raised by a single mum, so I have a real soft spot for a single mom and their kid.”

Kershaw recounts how BC Liberals leader–and single mom–Christy Clark, gave her speech that night stood next to her teenage son, Hamish.

“She said, ‘You don’t go into politics for a lot of congratulations, there’s a lot of negativity, and there are sacrifices that are hard for your kids,'” said Kershaw.

This hit Kershaw hard, because if Clark truly wants to make life better for BC’s kids, and his data shows that’s not what’s happening–then why isn’t his message breaking through?

“This is going down a really risky trajectory for Hamish and all the other Hamishes of British Columbia, because hard work doesn’t pay off like it used to,” said Kershaw.

“Home prices are leaving young buyers behind, and while that financially is going badly, environmentally we’re also creating lots of risk.”

“BC’s economy is the worst performing for younger people.” 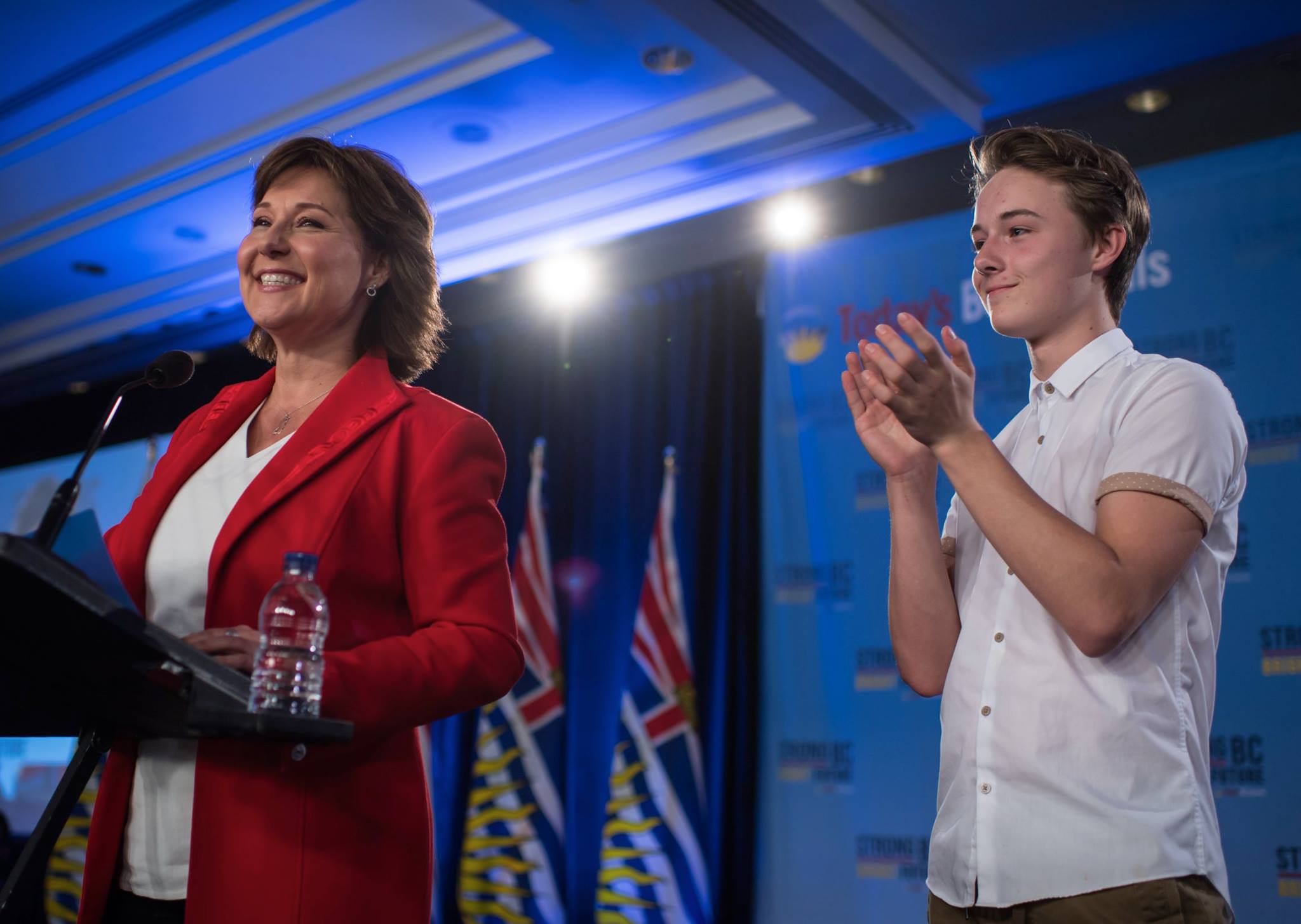 Kershaw now describes this “a personal challenge,” but believes these election results represent a rejection of the status quo and now offer an opportunity for change.

“It was really important, because it did represent in the world of politics a rejection of the idea that BC’s economy is the envy of Canada or the best in the country,” he said.

“And who knows how it will pan out after May 24, but currently the parties that hold the balance of power are committed to policies called for by Gen Squeeze.”

Those policies include slowing down the escalation in home prices, reducing the cost of childcare, and limiting the environmental damage left for future generations.

What about after May 24? Kershaw believes a minority government in BC would be a “very opportune outcome” for young people.

“I like the idea that the fragility of the legislature means that the legislature matters more than it did in the past, and that politicians have to be that much more attentive to their constituents, and also to collaborating with one another.”

And Kershaw said cross-party, non-partisan agreement isn’t out of the question–all parties pledged to spend a similar amount on health care funding after all.

“Why couldn’t we have a cross party agreement on the need to remedy what’s not working in BC?” he asks.

The professor notes that the act bringing universal health care to Canada, the Medical Care Act, was itself passed by a minority federal government.

So cooperation for the purpose of big change is possible, he says.

“It can set us up to be far stronger for all generations going into the future and can be a signpost for what other provinces should follow.”

One worrying problem though, says Kershaw, is the low voter turnout, which is estimated to be about 57% this time around, roughly the same as in 2013.

“We need to start talking about how systemically we change the too-low voter turnout. We increasingly need to think about high school, and lower the voter age to 16.

“Have [people] start voting while in school, because evidence shows that if practised early, it is emulated and continued thereafter.”

Kershaw said that due to low voter turnout, the biggest voting bloc is still the non voter.

“[They] sat in on the couch silent,” said Kershaw.

“That’s a really interesting way to understand what happened and unpacking why that’s happening is something we still need to carry on doing.”