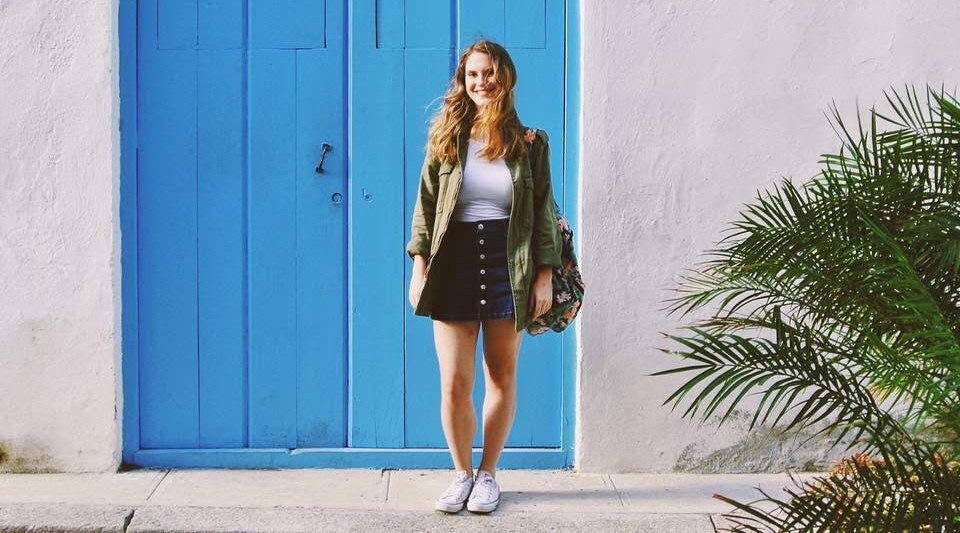 I was working at a personal injury law firm, but for the duration of the election proceedings I am managing a local campaign for the BC NDP. I graduated from SFU last June with a Bachelor of Arts in Political Science and Legal Studies.

I live with my parents and younger brothers in Surrey, on what is the unceded territory of the Coast Salish peoples.

Yes! At all levels. Whenever they’ll let me!

I already have. Early voting is a powerful thing.

Now? Not at all. But when I was first eligible to vote, I will admit that they did.

I think I’ve always been politically-minded; I have always had an interest in government and the injustices within our society.

I mean, when I was six, I wanted to be Prime Minister when I grew up. I have also always been a very curious person, and as a kid, I was a bit of a sponge.

So I absorbed the opinions of those around me–my parents and my family, who happened to be rather conservative. I trusted my parents, so I trusted their understanding of things.

Being inquisitive and also increasingly more critical as I advanced through my education and lived my own experiences, I came to the realization that my political beliefs were not–and had never been–aligned with those of my family.

The values I revere have never changed, but I think I have come to understand the way that we solve the problems that we encounter as a society differently. This is why I think political education and engagement is really important.

Pretty closely, but only since fairly recently.

I studied political science at SFU but my interests at the time were usually in the realm of international relations, so those were the classes I tended to take.

In my last year at school, I got involved in a federal election campaign with the NDP and my focus shifted towards Canadian issues.

I am really passionate about creating a better world for everyone to enjoy, and I’ve realized that it starts with home.

I think I can say now that I am most invested in BC politics, not solely because it’s an election year, but because I’ve realized that most of the political issues that I care about fall within provincial jurisdiction–like education, health care, and social development. I also think provinces need to lead the way in areas like climate action and electoral reform.

Harry Bains is the incumbent, the candidate for the BC NDP. He’s up against Gurminder Singh Parihar for the BC Liberals, Richard Krieger for the Green Party, and Balpreet Bal, an independent.

You bet I can! John Horgan, Christy Clark, and Andrew Weaver are all vying to become our next Premier.

Despite the fact that I wanted Chrétien’s job when I was six, running for office isn’t something that I have genuinely given much thought.

I have so much admiration for the people who put themselves forward to be entrusted with representing the population, when they’re doing so to create systemic change that will benefit not just those who elected them, but our society as a whole and their future generations.

That motivation resonates with me, but I think the same sort of goal can be accomplished by other means, without having to be in the spotlight!

I worked a minimum wage (just $10.25) job in university as it was all that was available to me, and it was pretty impossible to save because of the expenses associated with being a student, which are exorbitant.

The job I finally landed after my graduation was not much better and I still live at home with my parents, because rental spaces are low in number and high in cost.

I’m still paying an MSP premium while I watch my auto insurance rates hike each year.

My expenses are getting costlier–and it’s costly for my confidence in making my BC my home for years to come (I have, at this point, written off the idea of ever owning a home).

It affects me because I can see how these things affect my parents. These are very middle class concerns, though, and I am even more impacted by the idea of how this broader issue of neglectfulness and mismanagement by our government affects those who do not have the same advantages and safety nets that I do.

Affordability is important because we all struggle when our hidden taxes are hiked right under our noses, but it disproportionately impacts the least fortunate among us. People that are already getting left behind just can’t get ahead. When it’s the fault of our government, it shows that they don’t care.

I’m affected by the destruction of our environment by a government that cares only about its corporate donors, because we know that these dirty projects are not good for our communities.

The environment is another important topic for me because we’re seeing corporate donors from the United States influence the decisions of our government to get their projects pushed through… while our own citizens’ concerns are being disregarded.

It speaks to representation, partially, and it also speaks to the tech sector, jobs, ridesharing, transit…

But we aren’t, so those things are being painfully ignored.

I want to see a BC NDP government because I truly believe this is the only party that is working for regular people.

We can see that the Liberals care most about their top donors and the 1% and I have problems with that.

Christy Clark likes to talk about her jobs record, as if that’s solving the problem. My friends and family work hard in full-time, permanent jobs and they are still struggling to get by.

She likes to talk about investing in our kids and our future, but as a young person (“the future”), I have to tell you: I don’t feel like Christy Clark is investing in me.

I feel lost and uncertain, even anxious about BC’s future and what I want to see is a government that stands up for young people, works for regular people, and helps those that need it the most. I think the BC NDP’s platform is the only one that shows a commitment to that.