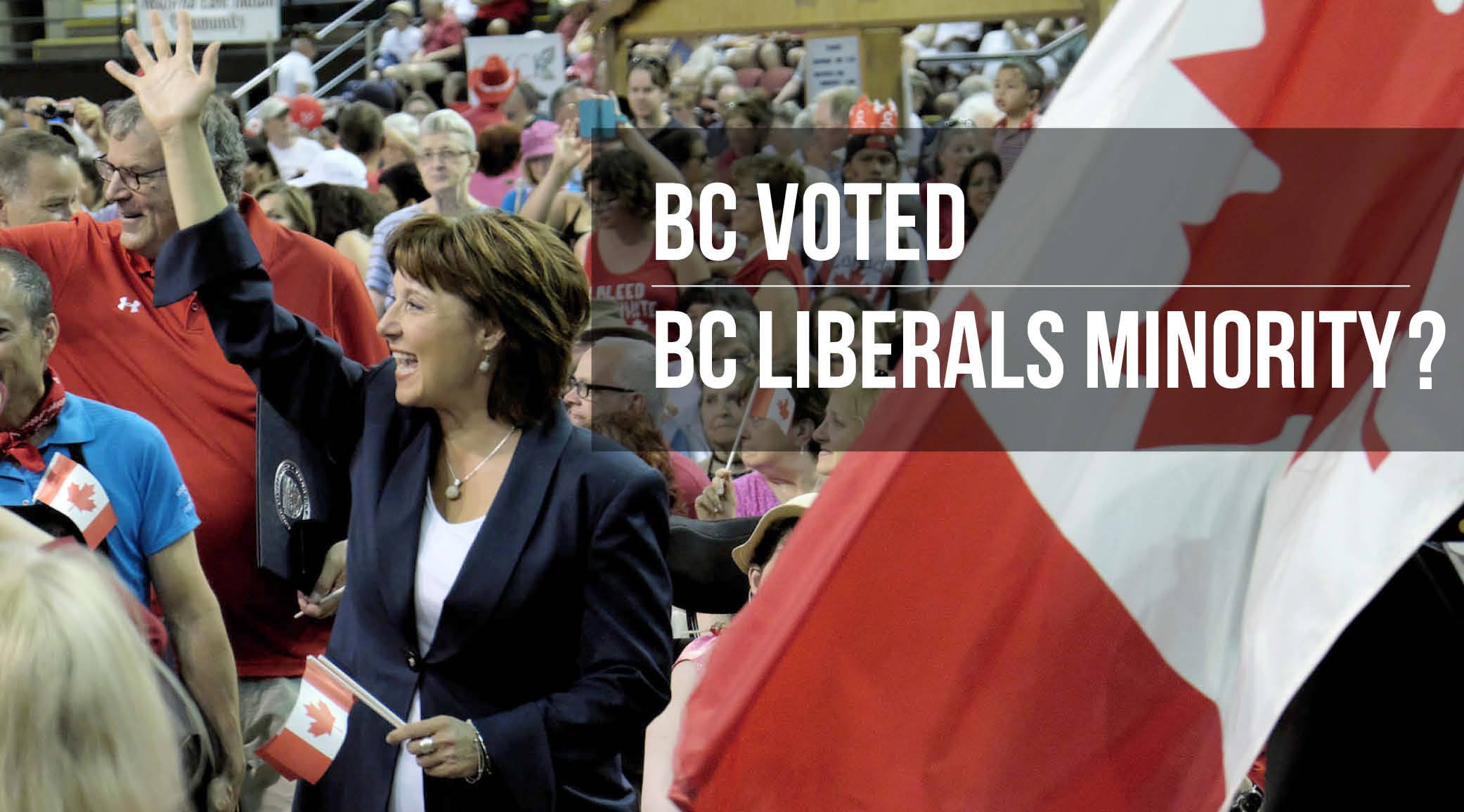 Christy Clark’s BC Liberals intend to form a minority government, after a frenzied night of vote counting.

“Tonight, we won the popular vote,” Clark told her supporters in Vancouver. “And we have also won the most seats. And with absentee ballots still be counted, I am confident they will strengthen our margin of victory. So it is my intention to continue to lead British Columbia’s government.”

“Now more than ever BC needs strong leadership,” she continued. “I will work with the other parties to do what needs to be done.”

Clark however noted that voters had made their voices heard saying: “British Columbians did tell us tonight that they want us to do somethings differently.”

The BC Liberals have already been in power in the province for 16 years, and even though recounts and absentee votes could still play an important role in the eventual result; a win would put them on course for 20 years in government.

John Horgan, however, doesn’t sound ready to concede just yet. As it stands, the BC Liberals hold 43 seats, BC NDP hold 41, and BC Greens hold 3. And there are a lot of votes still to come in the coming weeks.

“This is what we do know: a majority of British Columbians voted for a new government. And I believe that’s what they deserve,” Horgan said to supporters in Vancouver.

Horgan is expected to hold a press conference on Wednesday to address the current situation, which may give us some indication as to what the BC NDP plan to do.

SEE ALSO: What happens if there’s a recount?

Find all of Daily Hive’s BC Election 2017 coverage here: Battleground BC.