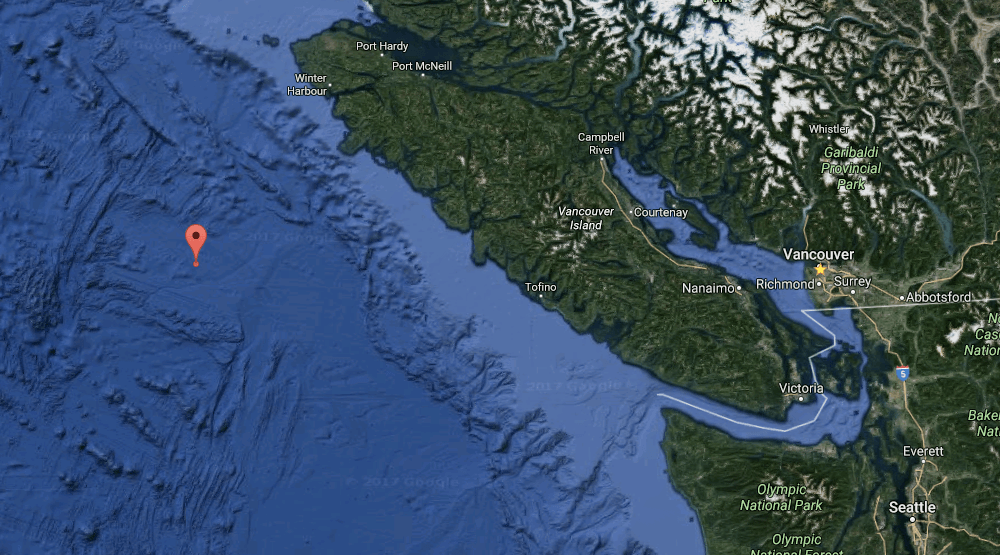 A magnitude 4 earthquake was detected off the coast of Vancouver Island on Tuesday morning.

According to the US Geological Survey, the seismic event occurred at 7:50 am and had a modest depth of 10 km.

The epicentre was located 199 km southwest of the Vancouver Island community of Port Hardy, and 450 km west of Vancouver.

Given the magnitude of the tremor and location, no damage is expected.

The earthquake is the second measuring 4 or greater to happen in less than a month, after an earthquake struck in the mountains north of Pemberton on February 18.

Thousands of earthquakes hit British Columbia every year, but only a small fraction of these seismic events measure a magnitude of 4 or greater.