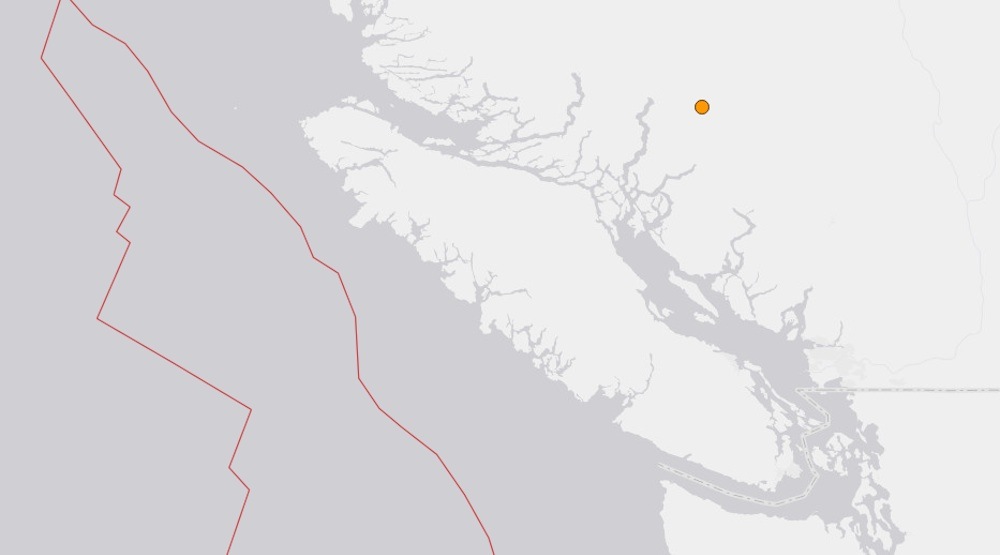 A magnitude 4 earthquake has been detected northwest of the Pemberton Valley.

According to the US Geological Survey, the seismic event occurred at 6:40 am this morning and had a modest depth of 17 km. The epicentre was located within the mountains, just next to the Southgate River, and 189 km northwest of West Vancouver and 118 km northeast of Campbell River.

Image by: US Geological Survey

Given the magnitude of the tremor and location, no damage can be expected.

Thousands of earthquakes hit British Columbia every year, but only a small fraction of these seismic events measure a magnitude of 4 or greater.

This morning’s seismic event was the second most powerful earthquake in BC since a swarm of five earthquakes, measuring up to magnitude 5.7, hit off the coast in early-January and last week’s magnitude 4.8 earthquake.