A recent study from the Insurance Bureau of Canada is showing that British Columbians are paying the highest auto insurance premiums in all of Canada.

Which, really, isn’t a surprise to anyone.

The study is based off data released by the General Insurance Statistical Agency (GISA), an organization that’s run by Canada’s provincial insurance regulators.

What’s more, is that insurance premiums are only expected to rise over the coming years, as suggested by both the study and by ICBC’s latest financial statements.

The following is the average annual insurance premium for each province, according to the IBC:

The average premium is calculated by gathering the total amount paid from passenger vehicles in each province, then divided by the number of said vehicles. 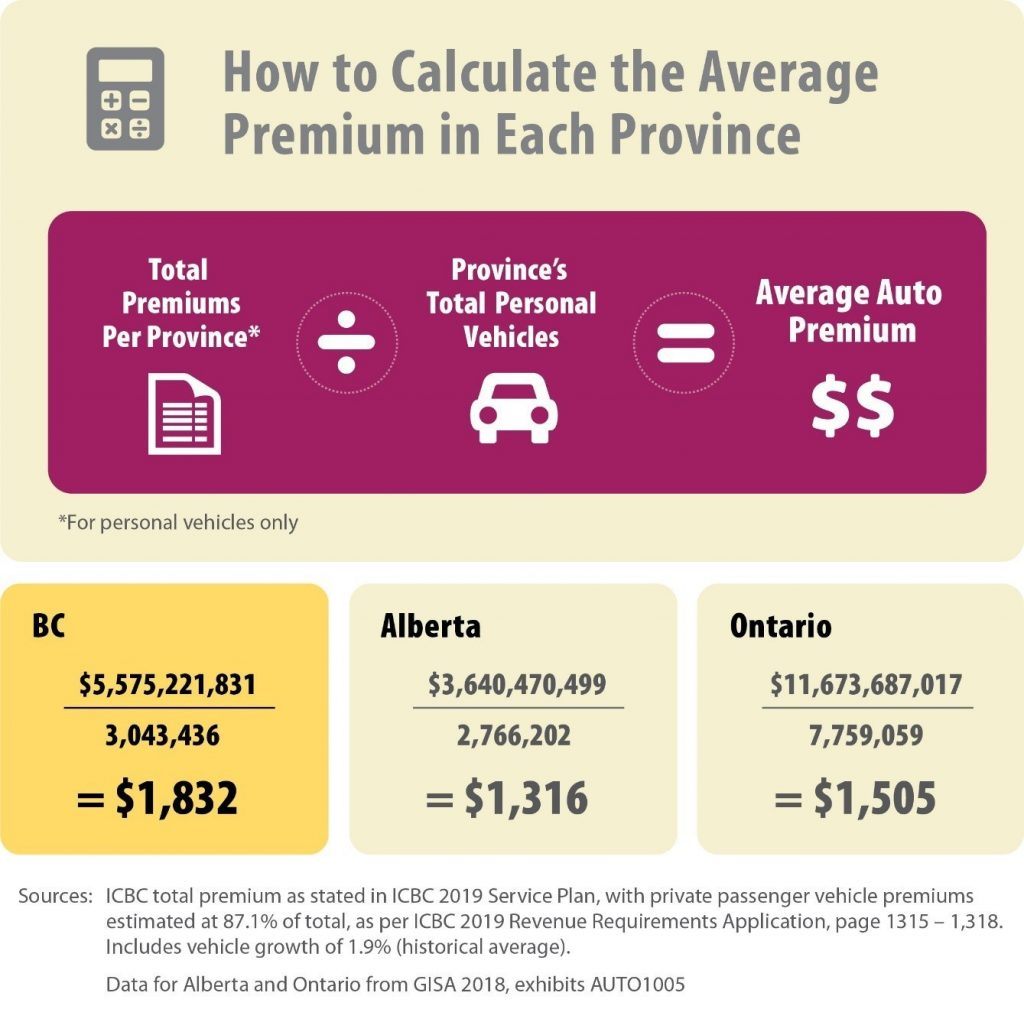 “Under ICBC’s monopoly, British Columbians will again pay the highest auto insurance prices in Canada, with premiums now averaging $1,832 annually,” says Aaron Sutherland, Pacific vice-president of the IBC. “While many important changes are underway in BC, none are expected to begin to reduce the price most drivers are paying.”

An additional report that was prepared for the IBC also says private insurance companies in Canada could lower premiums for BC drivers by up to $325 annually.

“Today’s numbers are yet further evidence of the need to open ICBC to competition and give British Columbians the ability to shop around for their auto insurance needs,” says Sutherland.