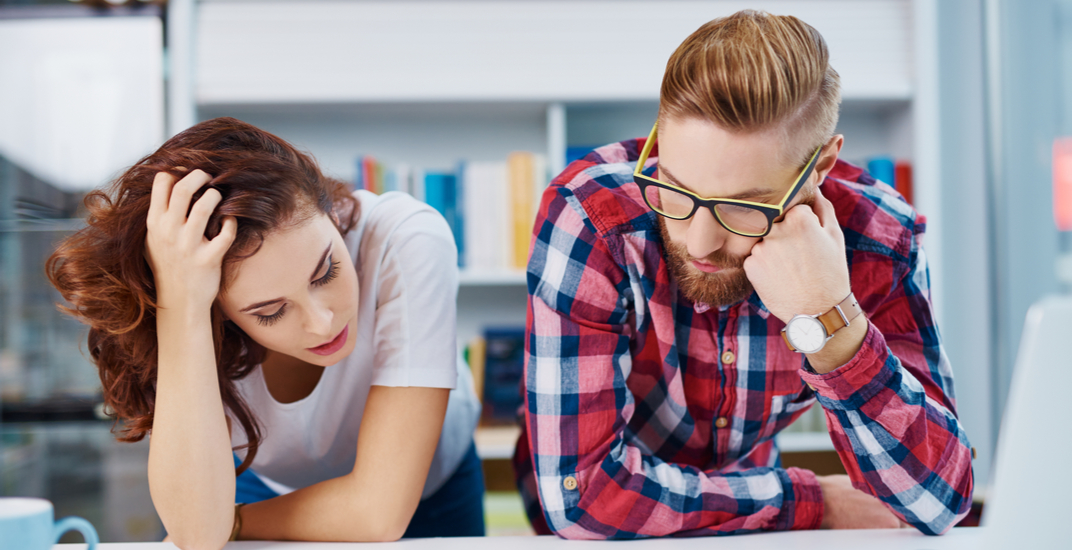 Woman and man at work (baranq/Shutterstock)

Have you been discriminated against at work? The new BC NDP government wants to hear about it to help them form the new Human Rights Commission.

BC’s previous Human Rights Commission was shut down in 2002 in favour of a Human Rights Tribunal, which rules on human rights complaints after they have happened.

However, the new government is re-establishing the Human Rights Commission, and is asking for your ideas for how it can promote equality in BC.

How to have your say

Parliamentary Secretary Ravi Kahlon for Sport and Multiculturalism is holding discussions about the commission online, where you can post your own messages, until November 17.

Kahlon told Daily Hive he wants everyone to participate, and said it’s important the government hears as many different viewpoints and ideas as possible.

“We want this commission to answer to modern needs and issues efficiently and in ways that effect positive changes,” said Kahlon in a statement.

This week, his discussion is focusing on discrimination at work, and Kahlon is asking you to share your experiences to help form a plan to combat this discrimination.

“Discrimination and harassment in the workplace [is] a topic many of us have experienced directly, supported friends and family through, or read about in the news,” said Kahlon.

What kind of discrimination have you experienced in the workplace? What did you do about it? If you’re an employer or supervisor, how do you contribute to an inclusive workplace?

To have your say, all you have to do is go to the BC Human Rights Commission Engagement page: engage.gov.bc.ca/bchumanrights and choose a topic to comment on.

People who have shared their stories so far include a paramedic in a rural service, who says he was bullied after seeking help for the trauma he suffered during the job.

“Once we’re considered a potential liability, we are discarded, bullied away from service and bullied away from our peers who need to go-along to get-along, fearful that they too could end up in the same boat,” writes a user named Darren.

“The employer hoping to avoid the liability of this now ‘mentally ill’ worker had compensation law behind them… The employer and myself were immediately pitted in legal wrangling.”

Another user, named Lynn, describes being immediately demoted just before she went on maternity leave.

“[This] meant my maternity leave salary was reduced greatly from what I should have received. The reason for the demotion was unclear and had no merit,” writes Lynn.

Lynn said she complained to HR and was reimbursed about a year later – but the whole experience made maternity leave harder than it needed to be.

“In the end I knew I was being treated unfairly and I was glad my employer did too. I didn’t stay long after returning though, found a better alternative,” she said.

Other topics discussed so far include building awareness of human rights, the role of the Human Rights Commission, and what role human rights plays in your life.