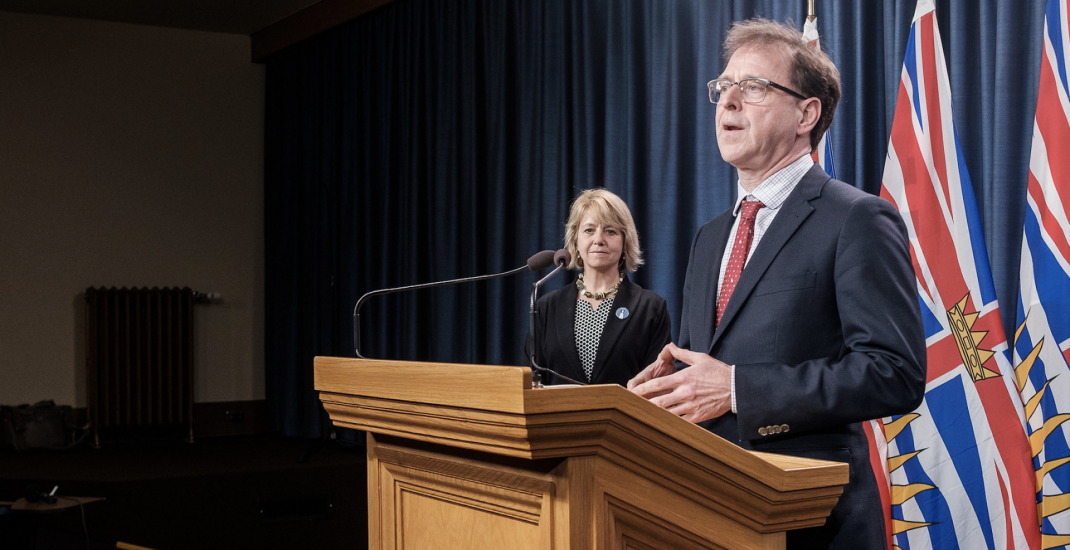 During a press conference, Provincial Health Officer Dr. Bonnie Henry and Health Minister Adrian Dix said that as the third wave of the pandemic continues, BC continues to have hotspots — although some have been subsided by community vaccination efforts.

“We had a dramatic increase in the third week of March, and this was during the period of time in the middle of spring break where we started to see a lot more social connections and activity and movement of people,” Henry explained. “This has led, along with the fact that we have higher transmissible variants of the virus circulating in communities, to a dramatic increase.”

One positive takeaway was that BC’s rate of infectious contacts is beginning to go down, after being the highest that it’s ever been.

Henry said that the province is starting to see “a slight blunting” due to the circuit-breaker COVID-19 measures that were implemented last month.

Surrey continues to one of the province’s biggest hotspots, with issues also being seen in Whistler and other parts of Vancouver Coastal Health.

The Ministry of Health shared new data that displayed case counts, as well as the average daily rate of new cases by local health areas.

Henry explained that this is the information that officials look at to determine which communities are struggling and where specifically to focus community vaccinations.

Notably, Howe Sound, which includes Whistler and Squamish, had the highest daily case rate (per 100,000) in the entire province.

The data also revealed that in addition to Surrey, Abbotsford and the Tri-Cities were two other areas in Fraser Health that are struggling with high case rates.

“We’re now using this to ensure that we’re targeting the key workplaces where we’re seeing transmission and where we need to protect people like our first responders,” Henry said.

She added that they would continue to immunize first responders in the highest transmission areas and that over the next few weeks, all first responders would be immunized. The same data is also being used to determine where to specifically target immunization for education staff and childcare workers.

When looking at transmission rates across both the entire province and individual health authorities, the rate of infectious contacts (Rt) has been “well above one for quite some time.”

“We saw a lot of movement of people and social gatherings over the period, particularly, of spring break, that led to a rapid rise in transmission,” Henry said.

And although the infectious contact rate is slowly starting to decrease, officials say that more time is needed to let the effect of the circuit-breaker COVID-19 measures take place.

Through dynamic compartmental modelling, it’s estimated that BC’s rate of infectious contacts was approximately 60%, although Henry would like to see it decrease by 20%.

“The rate of infectious contacts is somewhere around 55% to 60%,” she said. “That is too high. We need to get it down to 40% of less and we have done that consistently.”

Similar to when health officials last provided epidemiological data, Vancouver Coastal Health and Fraser Health continue to be the main drivers in the province.

The specific variant differs based on health region, however. Fraser Health is predominantly the B.1.1.7 variant, while Vancouver Coastal is mostly P.1.