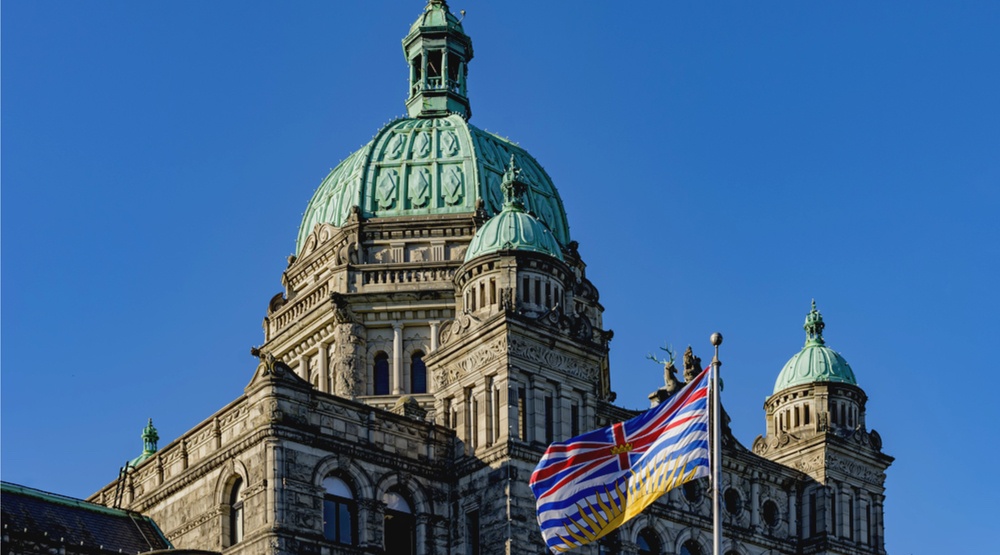 Citing the province’s response to COVID-19 along with a “significant” revenue decline due to the pandemic, BC’s Finance Minister Carole James said on Tuesday that BC’s total operating deficit for 2020-21 is projected to be $12.5 billion.

James made the comments during a press conference in which she provided a fiscal update on the province’s financial picture.

She noted that since February, BC has lost over 235,000 jobs, and that currently, youth unemployment is at a “staggering” 29% while the overall unemployment rate is at its highest since 1987.

These job losses, she said, have also not been confined to one or two specific sectors but rather have been widespread.

However, “there is no question that COVD-19 impacts British Columbians unequally,” she said. “It discriminates based on age, based on gender, based on income level, and based on the sector that you work in.” 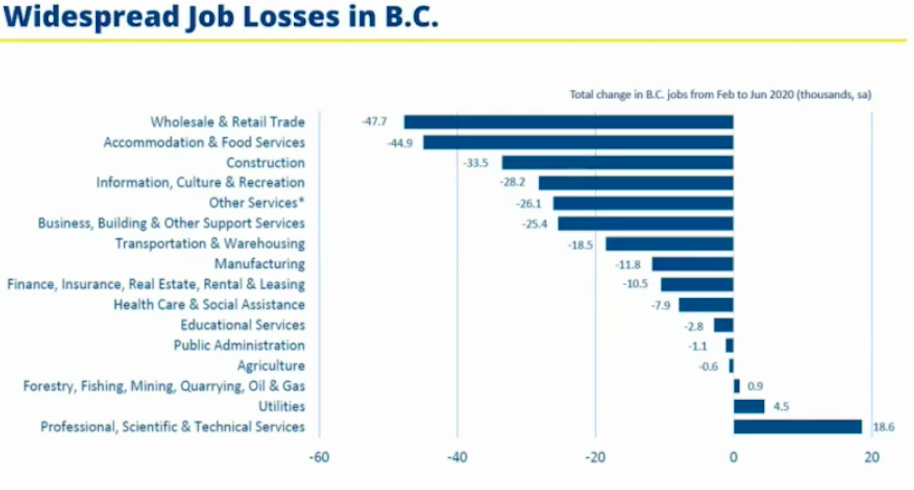 As such, James said, “BC has made extraordinary investments in people and businesses through BC’s COVID-19 Action Plan, and we will continue to provide the supports people need as the pandemic and the economic impacts evolve.”

She added that the province’s restart plan “is creating signs of hope for our economy as consumer confidence increases.”

And as it currently stands, “the BC Action Plan, and additional current measures total 6.26 billion for this fiscal year, compared to Budget 2020,” she said.

Still, despite the forecasted deficit, James said now is “not the time” for the government to cut back support for people and businesses to try and make up for it.

“In fact, as we know from the supports we put in place, these supports are critical to building back our economy,” she added. “We are not looking – because it wouldn’t be good for economic recovery right now – to pull back on spending and cause more challenges in our economy.”

This doesn’t mean, though, “that we aren’t looking at our spending,” said James. ‘We’ll be going into our budget process in the fall and looking to make sure that every cent we spend is spent wisely and on the priorities that we’ve had as government, and that are British Columbia’s priorities.”

Looking at longer-term fiscal forecasts and addressing the question of how how long BC could see itself in a deficit situation like this, James said that with all the volatility in the markets created by the pandemic “it’s tough to forecast this year, never mind a forecast three year, or 10 years out.”

Still, there’s “no question that COVID-19 has had a profound impact on the economy in British Columbia, and that that’s not short-term,” she said.

Asked about the possibility of increased taxes or implementing other measures in light of the deficit, James said said she “doesn’t anticipate an increase in taxes at this point.”

Going forward, James said her message to British Columbians is that while the situation is challenging, “we can address this together, and that means government being there for businesses, and being there for people. We’re going to provide the supports that are needed to build a strong economy.”