Lower Mainland Bat-Fans were in for a special treat today when the BC Cancer Foundation threw a little bit of a fundraiser at the EA’s Burnaby Campus, featuring the real star of Christopher Nolan’s Batman franchise, “The Tumbler”. aka The Batmobile. 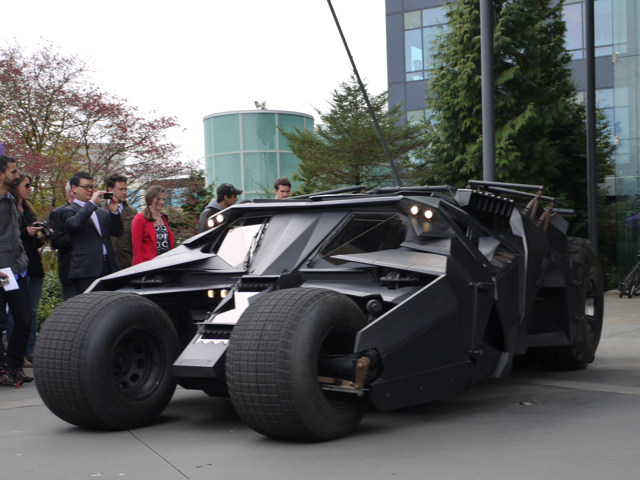 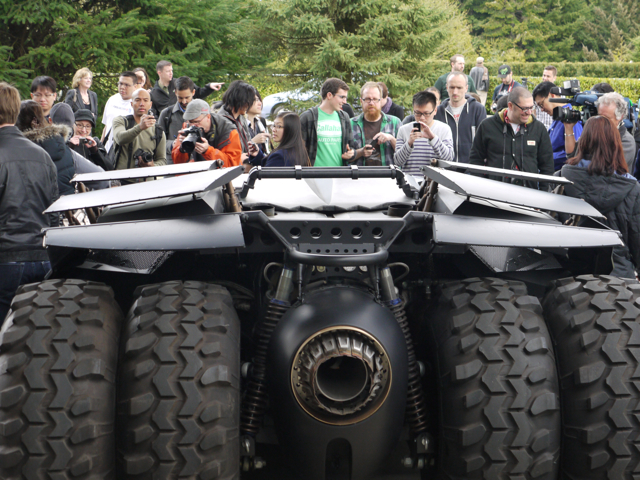 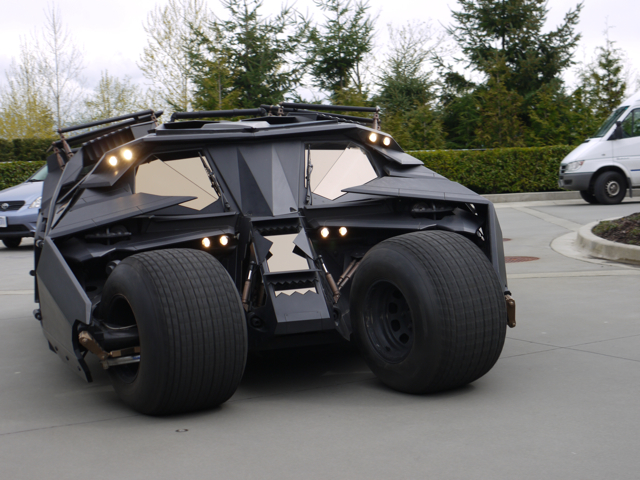 The nerdiness in the air was as thick as gasoline fumes when the Batmobile roared to life and gave admirers a chance to see the legendary car, designed by local SFX master, Andy Smith, take a quick spin around the lot. 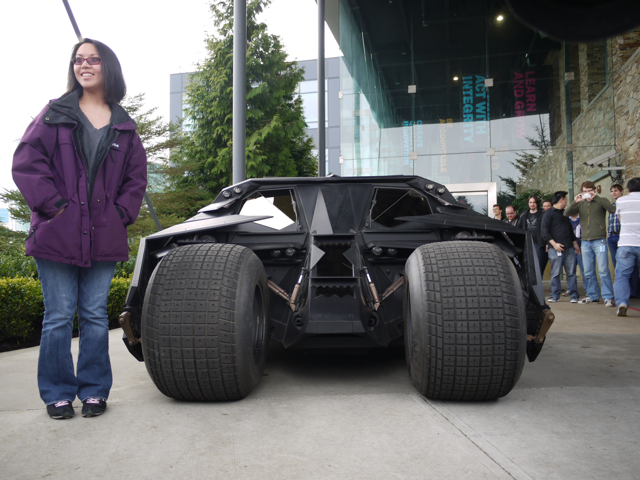 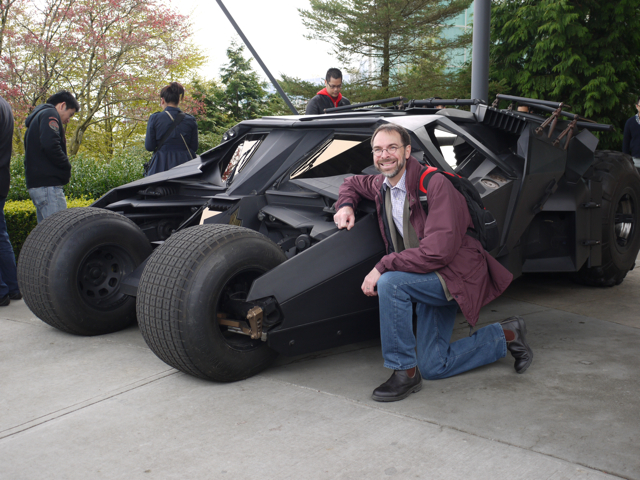 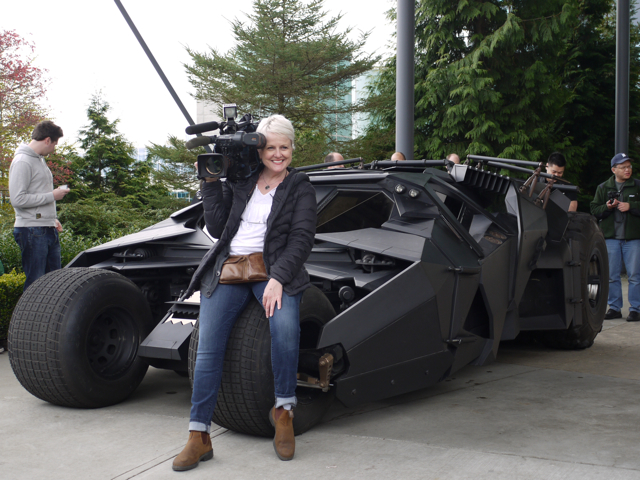 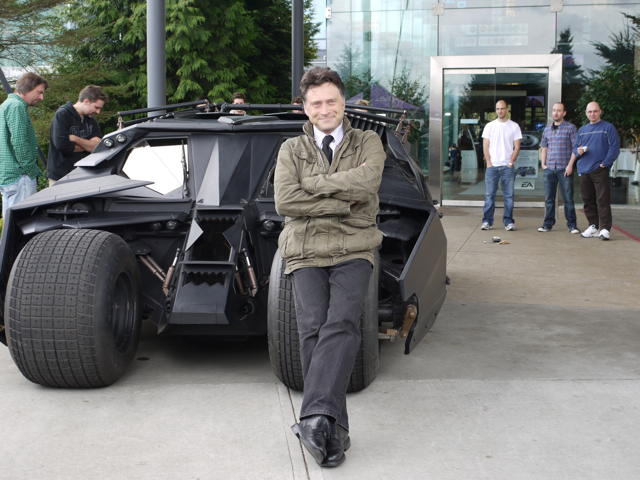 Even the usually jaded media were all smiles as they got to pose with this icon of automotive fantasy. And while it’s unlikely you’ll be seeing this beast in anyone’s driveway, it’s good to know that once in a while, dreams can come true. 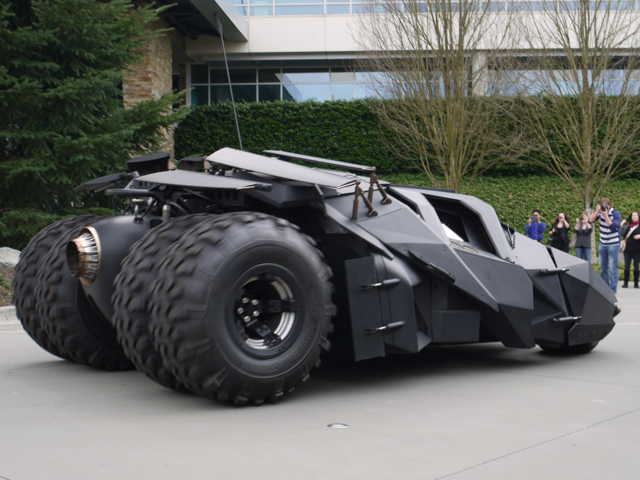 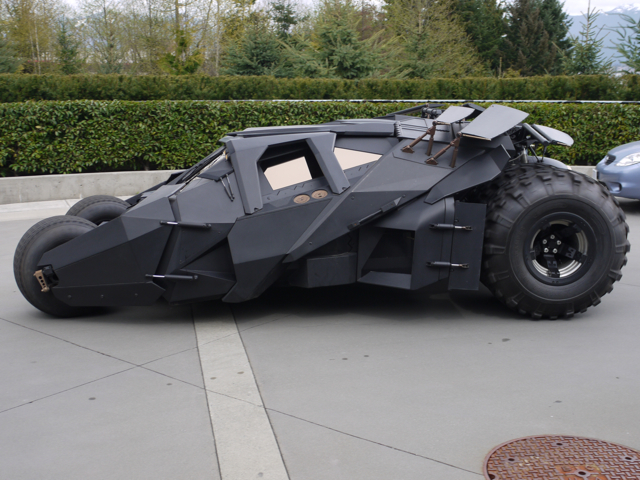