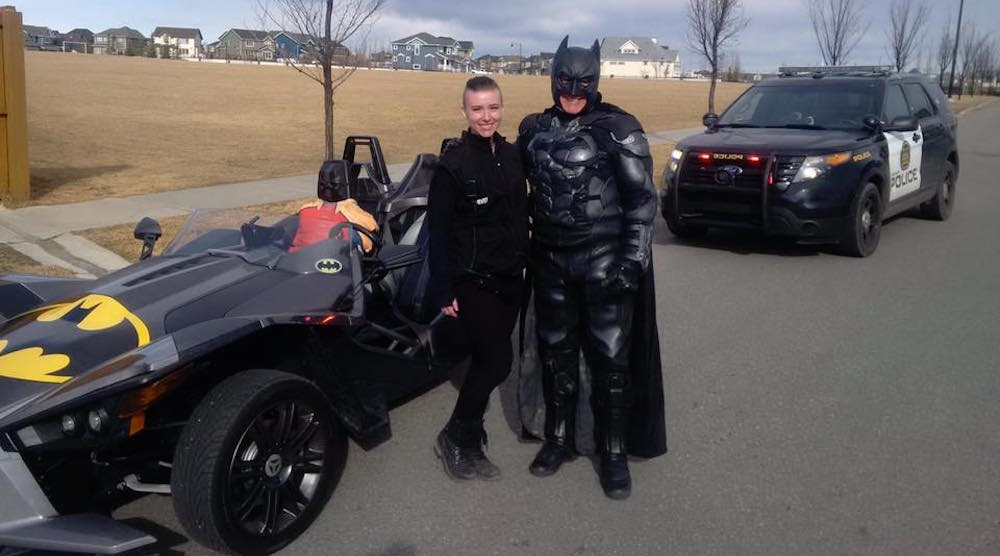 Calgarians have a superhero living amongst them! Batman was ‘pulled over’ by Calgary Police Service (CPS) yesterday and the outcome was hilarious.

CPS posted about the run in on their facebook page with the following caption:

Driver – “I’m whatever #Calgary needs me to be.”

Officer – “Is this your vehicle?”

The Dark Knight is known around town for his appearances at local charities, hospitals and events. Holybatman posted the pictures of him meeting two officers on his facebook page and the post has gone viral ever since. 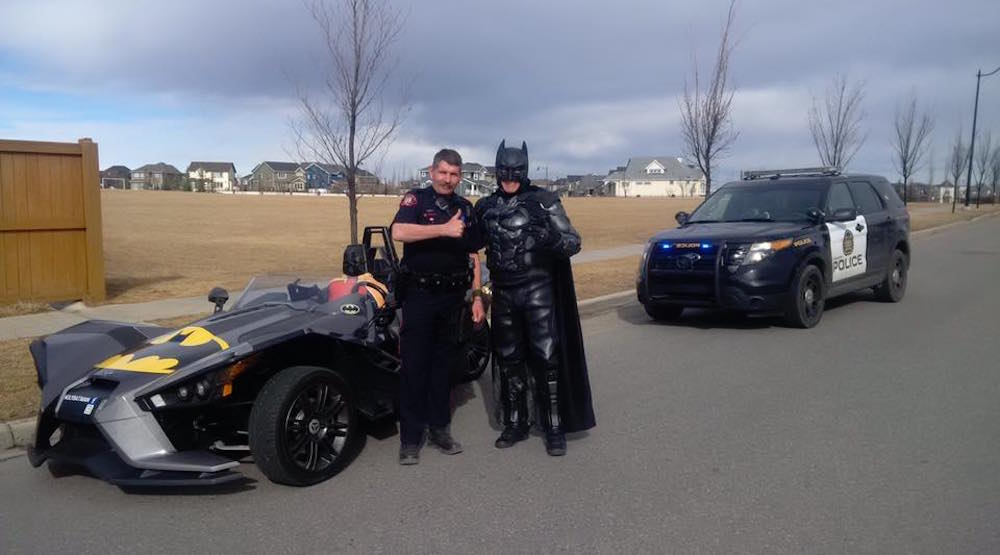 On his facebook page he said, “I met two officers / the real heroes. I want to thank The Calgary Police and all that you do for the community. Maybe next time we can carpool oh wait I only have two seats ha ha.”

Who wouldn’t want to carpool with him?