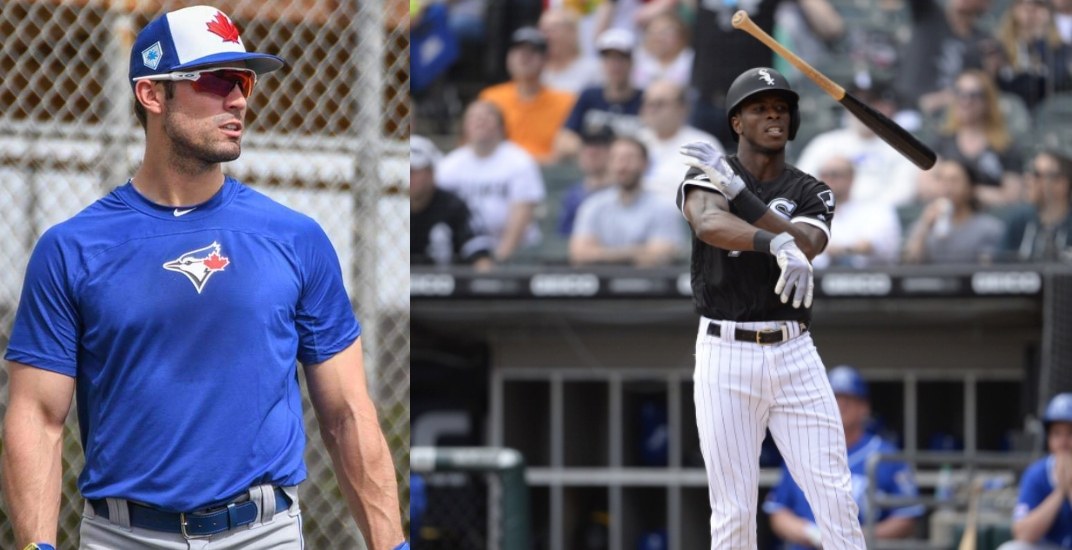 In Wednesday’s game between the Chicago White Sox and Kansas City Royals, Chicago’ Tim Anderson belted his fourth home run and flipped his bat. As bat flips go, on the scale of meekly placing it on the ground to the true legend Jose Bautista, it was fairly mild.

Still, Anderson was quickly thrown at by a Royals pitcher, which led to the inevitable benches clearing brawl and his ejection. A story oft-told in baseball, but one that’s become as wearying as a 6 am alarm clock peal.

For reasons known only to him, Toronto Blue Jays outfielder Randal Grichuk decided to wade into the maelstrom by firing off a tweet before his game in Minnesota later that day.

Guys are getting a little excessive on pimping HRs, on meaningless HRs too. Act like you have done it before, one time.

It would seem that somehow Grichuk made it to his second season with the Toronto Blue Jays without realizing that one of the most iconic moments in the team’s history revolves around a bat flip.

The response around Twitter was fast and furious, with most coming down hard on the outfielder.

Grichuk’s tweet didn’t escape the attention of Tim Anderson either.

Guy, are you really responding to my tweet… SMH. It wasn’t intended for anyone specific but clearly you responding shows you’re guilty of something 💯

When confronted directly, Grichuk backtracked on this subtweet clearly aimed at Anderson, but still doubled down on his original point, going so far as to assign ‘guilt’ to a relatively innocuous bat flip.

Grichuk is the only member of the Jays so far to be offered a contract extension, and it’s worth noting that it’s the longest and most lucrative contract offered by the current front office. If he wants to be the face of Canada’s team, he should consider being more measured in his social media.

Sir I'm not sure what they told you about Canada but we like our toques warm, our beers cold and our bats flipped.

Grichuk is hardly unique in his take, but it’s tired, antiquated, and should have no place in the game anymore.

Baseball, like all professional sports, is an entertainment business. And there is no other league in this industry that gets in its own way more than MLB.

A sport with the longest regular season, and a postseason that sees only a few teams make the playoffs, needs to find a number of ways to generate attention and excitement and keep a fanbase interested for the better part of a year.

Where does Grichuk think the money for his contract extension comes from? Without engaged fans willing to show up at games, buy concessions, and collect merchandise, the game will lose its profitability.

Stifling players’ personalities and treating baseball games with the quiet reverence of a religious service is not the way forward.

Baseball needs to get over the idea that showing emotion and celebrating is ‘wrong.’ Hockey players cheer after every goal in every game, regardless of whether it’s the first week or the Stanley Cup Final. So too do athletes in soccer, football, and pretty much every other sport.

For far too long, baseball has policed its athletes with meaningless unwritten rules that allow for inside pitches or straight-up beaning of players, more often than not resulting in bench-clearing brawls. These perceived slights are almost exclusively from a batter towards a pitcher.

Former Blue Jays pitcher Jason Grilli was legendary for his fist pumping exuberance following a strikeout, yet admiring a powerful home run is somehow an affront akin to blasphemy.

There is also an uncomfortable racial element at play. The most tiresome phrase ever uttered about a player is that he plays the game ‘the right way,’ and it is almost inevitably used to describe a white American.

MLB has representation from across Latin America, Europe, and Asia. There are players in the system from South Africa. It is an international sport, and MLB desperately needs to catch up with itself.

Baseball is often called the most ‘boring’ professional sport. It needs heady, thrilling moments like a bat flip. Emotion, passion, and excitement are what fuel all sports; it’s entertaining, and it’s what keeps people interested.

The only ‘right way’ to play is to hit, field, and pitch well. And if a player wants to celebrate that, we should cheer it too.