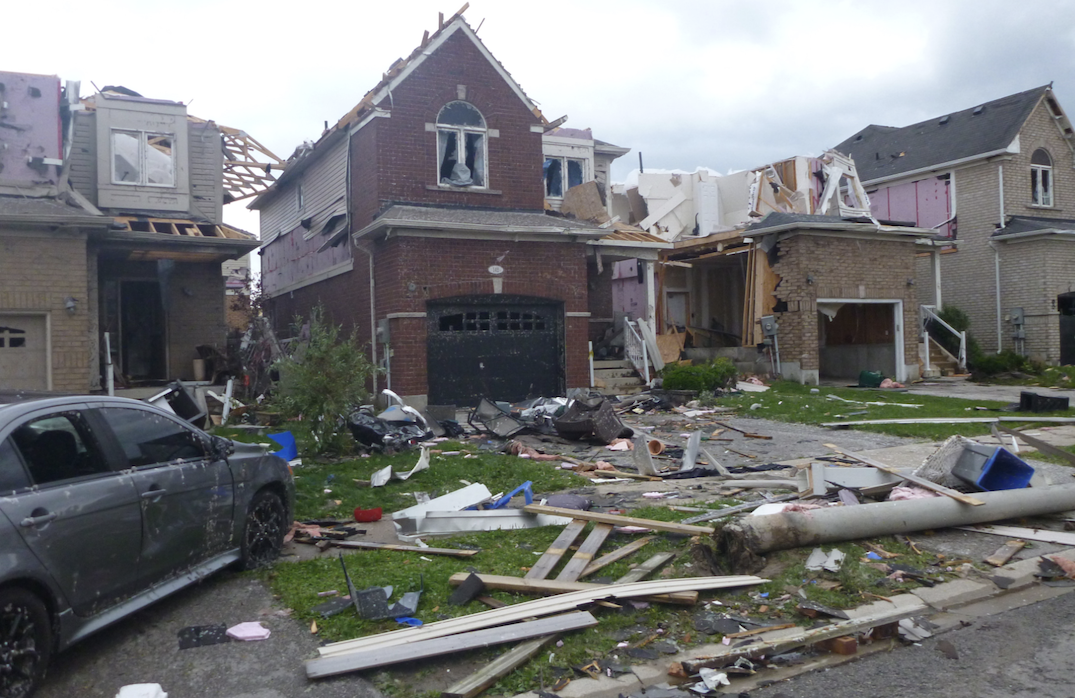 Multiple injuries were reported after a category EF-2 tornado tore through a neighbourhood in Barrie’s south end on Thursday afternoon.

Environment Canada initially reported there were eight injuries as a result of the tornadic thunderstorm; however, on Friday, Barrie’s Mayor Jeff Lehman said that 11 people were injured.

“We’ve had a total of 11 people injured by the tornado here in Barrie, but just incredibly no life-threatening injuries,” he said.

The City of Barrie confirmed there were no fatalities.

According to Environment Canada’s weather summary, thunderstorms developed across much of southern Ontario on Thursday. One storm became so severe as it moved across Barrie, it produced a tornado that “blasted the southern part of the city” and produced winds of up to 210 kilometres per hour.

“Trees were uprooted or toppled, and at least 10 roofs were removed. The second floor was destroyed or removed from two houses. A couple of vehicles were overturned. Roof shingles were damaged or removed from a number of other homes along the damage track from the tornado,” the agency said.

On Thursday, the City of Barrie reported that there had been extensive damage to many homes and property in the Mapleview and Prince William Way area.

The Barrie Police Service set up a phone line to assist those needing assistance following the tornado.

The Barrie Police Service has set up a central phone line for anyone who needs assistance related to the tornado in Barrie. Please call 705-728-8442 – call takers will take callers’ information to ensure a follow-up from the proper organization. pic.twitter.com/EKYWGQbtSv

“There’s been an outpouring of support from the community to assist people who have been affected by the tornado. Thank you,” said the City of Barrie in a statement.

Some of the worst damage car flipped and house slipped off foundation. Investigation will continue tomorrow around the area @westernuNTP #onstorm pic.twitter.com/EUq0xF3Dh3

Environment Canada said that a team from the Northern Tornadoes Project will continue investigating damage from the storms.