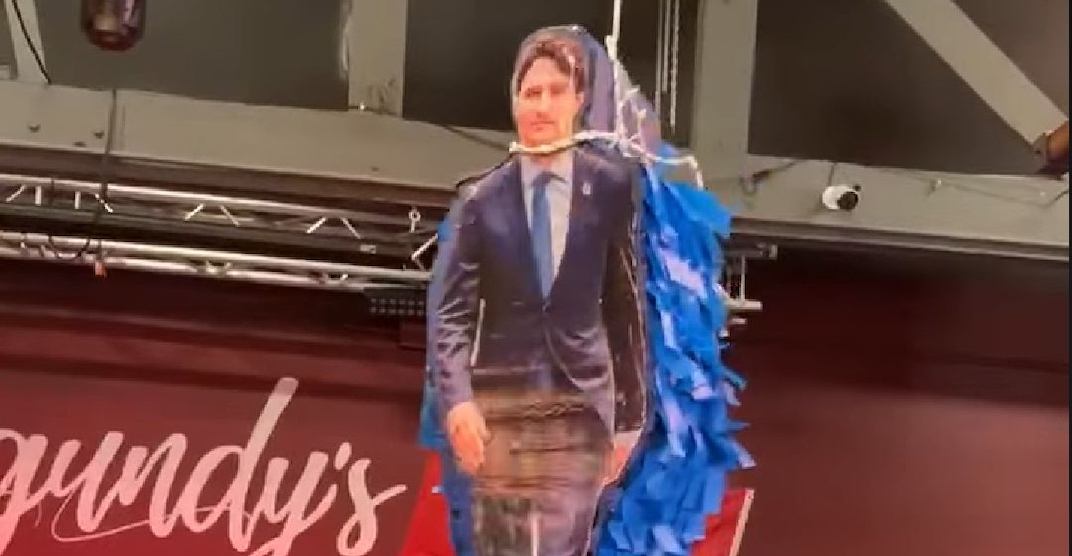 A bar in Red Deer took Canada Day celebrations a bit too far, according to some, when they decided to hang up a Trudeau piñata at their Canada Day party.

And “hang” is the important word here. The larger than life Trudeau piñata was hung from the ceiling of the bar with a string that looked similar to a noose around the figure’s neck.

A picture of the piñata was uploaded on Reddit, sparking outrage across the Internet. Burgundy’s Food and Stage co-owner Rob Newell is now at the centre of the storm.

Newell told Daily Hive in a phone interview that his customers had a great time that night.

Things only went south the next morning when Newell woke up to 97 notifications on his phone. He never expected the piñata to reach outside his bar, let alone Alberta.

Since the picture began circulating around the Internet, Newell has received several death threats.

“People are really fired up and angry, it’s just a piñata. I didn’t do it with intentions to hurt nobody or to hurt Trudeau,” said Newell.

“We been getting a lot of calls, a lot of threats, people asked if they should come here and hang me.”

The piñata was even advertised on the bar’s Canada Day Facebook event, with Burgundy’s Food & Stage posting a photo on June 5 asking patrons what it should be filled with. 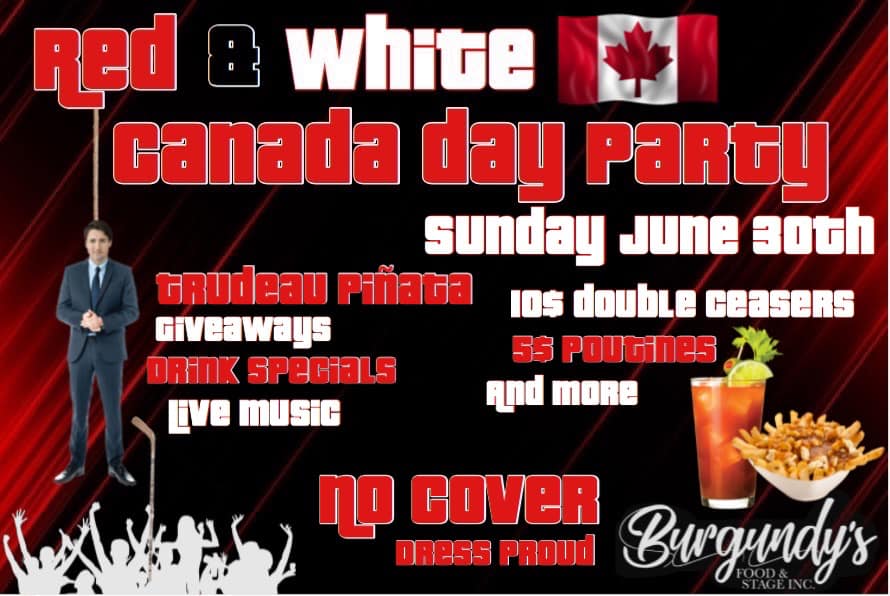 When asked what he would do differently in hindsight, Newell said that he would have chosen to tie the rope to the piñata’s back instead of around the neck.

He thinks that a lot of the anger and backlash have more to do with the way the piñata was strung up.

“I don’t think they would have felt that bad if it was just a Trudeau piñata and the rope was tied around his back or something,” said Newell.

He went on to clarify that he is not into politics and only created the pinata because he thought it was a clever way to hand out money and prizes during the party.