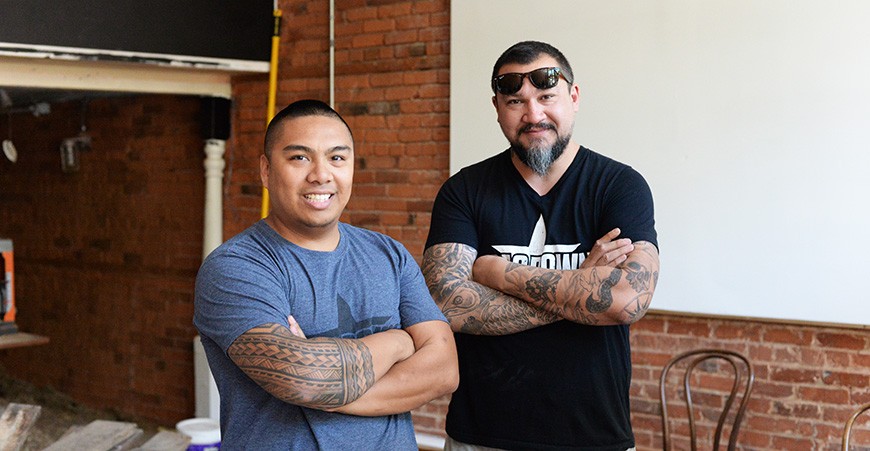 Talk about an expansion.

Bao Down has been steadily earning a reputation for its Asian fusion menu of steamed bao (buns) sandwiches and casual fare since early 2015. Now the local eatery has announced its plans to open two new locations, one in Gastown and another Stateside, in San Francisco, with more outposts in Vancouver to follow suit.

This news comes eight months after Bao Down owners Matt Adolfo and Greg Edwards opened the doors to their Gastropub + Raw Bar on West 2nd Avenue in Olympic Village.

Located at 221 Carrall Street, Bao Down replaces the short-lived ONO’ Raw Bar (which took over from Cork and Fin earlier this year). The 2,000-square-foot space will be home to Bao Down’s third Vancouver venue, the Bao Down Snack Bar, which will put the spotlight on Filipino-inspired small plates.

This non-conventional tapas-style bar will be “loud [and] fun,” Edwards told Daily Hive, and will showcase a variety of “platitos,” otherwise known as small plates.

Dishes will include house-made chicharron, toasted macadamia nuts with truffle honey, and Bao Down’s take on Kaldereta – a Filipino dish usually served with beef but will most likely be served with lamb.

When asked what the main motivation behind the menu was, Edwards says, “to give people a taste of the Philippines.” Edwards plans to take a lot of the chosen Filipino dishes and make them more accessible to everyone by tweaking the recipes and using local ingredients. 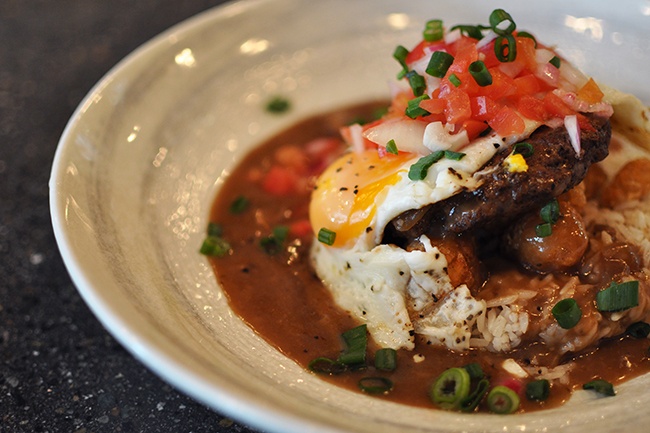 In terms of booze, the Bao Down Snack Bar will concentrate on rum-focused cocktails as well as rum to sip. Draft beer (at least 10 varieties), Asian beer, and classic cocktails will also be available.

Aside from wanting to be a reliable, laid-back spot where people can drop by for lunch, dinner, or happy hour, Edwards and Adolfo hope that the Bao Down Snack Bar will also be a welcoming hangout for industry folk. Edwards tells Daily Hive that they are currently seeking approval from the city to stay open until 2 am.

Projected to open at the end of September, the Carrall Street space is currently a work in progress. The interior design will be completely overhauled with new chairs, live-edge tables, reclaimed barn wood panelling, and decorative features.

The yet to be revealed space, which will include bar, communal, mezzanine, and outdoor seating for around 55 people, will feature a massive mural by local artist Taka Sudo, who also created the neon-coloured street art mural displayed at the Gastropub + Raw Bar (you’ve probably seen it on Instagram).

The finished product will be “playful”, says Edwards. In terms of colour, the space will feature teals, fuchsias, whites, and greys.

As for San Francisco, Edwards and Adolfo are poised to launch Bao Down SF, located on the edge of Union Square, in September.