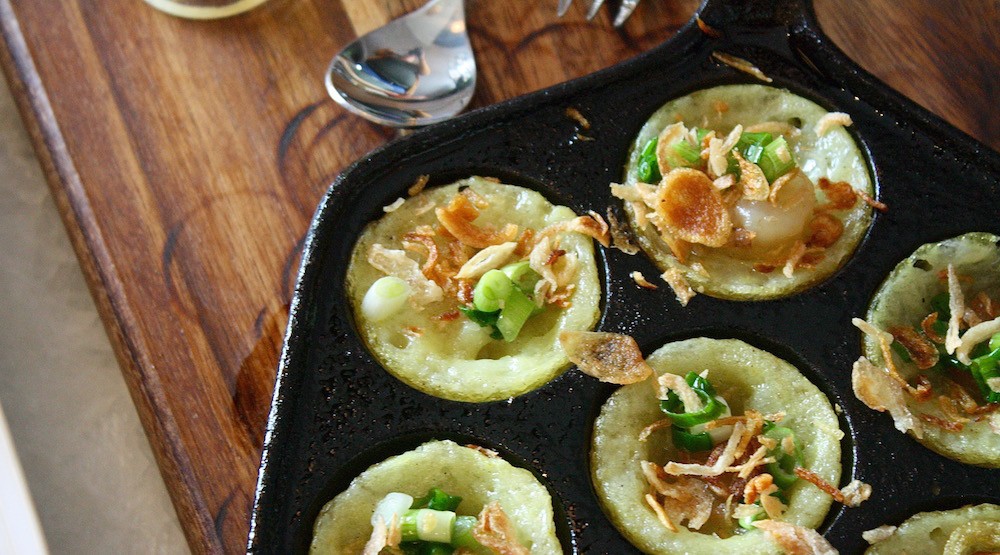 Sure, there’s pho on the menu at Richmond’s Bánh Mì Très Bon. There’s even banh mi. But there are a few more gems on this charming French-infused cafe’s menu that makes it a standout.

Offering one of Vietnamese cuisine’s unsung heroes, banh khot, Bánh Mì Très Bon is putting the sizzle on your table with their signature house-made mini savoury rice crepes. Served in a special skillet, these rice crepes are tinged with turmeric to give them a golden glow, and are like little nests for their tender shrimp cargo. 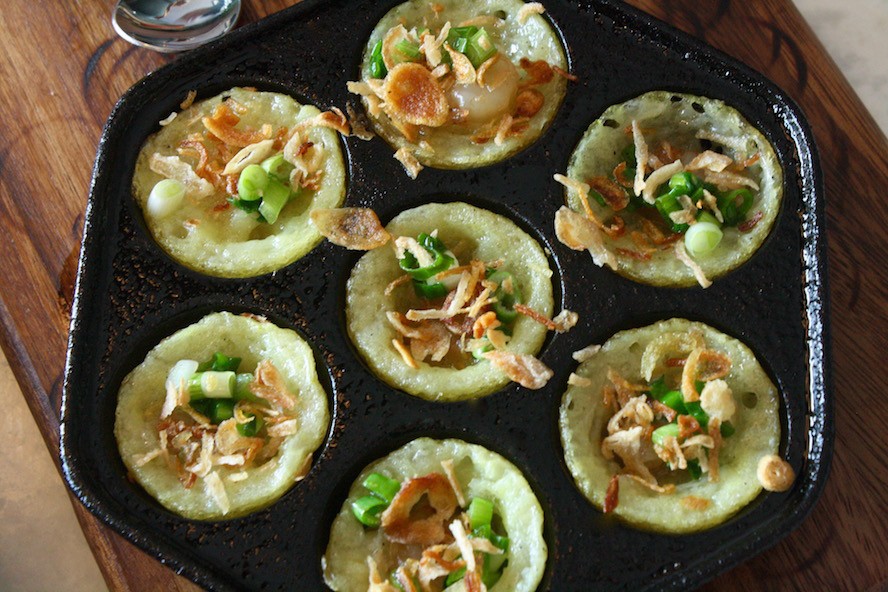 Once arrived at your table, pour the fish sauce on and enjoy the extra sizzle. The banh khot are lightly crispy and chewy, and are fun morsels to add to your meal–and a Vietnamese dish you don’t find everywhere these days.

Other treasures on the Bánh Mì Très Bon menu include their tapioca dumpling, which hails from Central Vietnam. If you’re on Richmond’s Dumpling Trail, these unique offerings make for a tasty diversion–they aren’t an official selection (yet) but if you’re curious about these chewy pockets, you may want to take the detour. 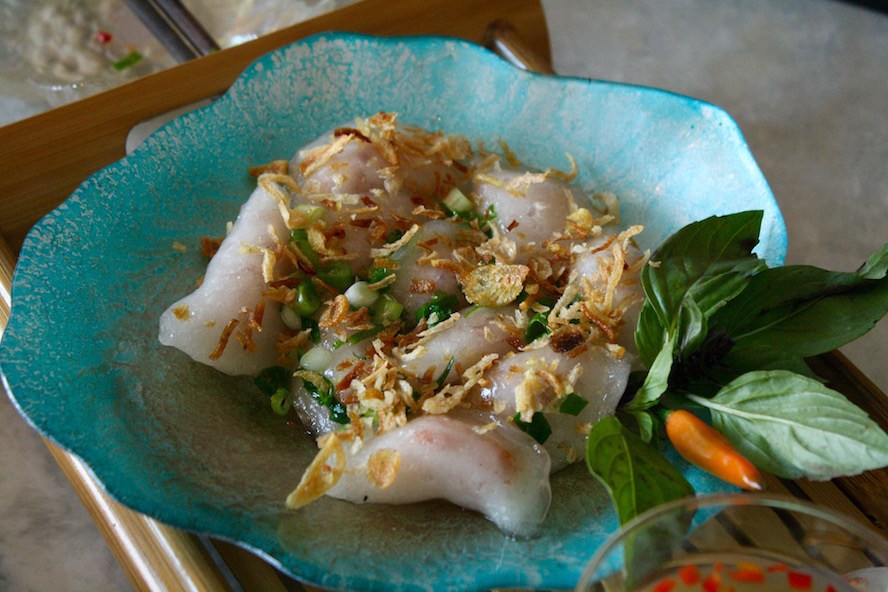 While the fare of Bánh Mì Très Bon is focused on Southern and Central Vietnam, many of the dishes French roots are undeniable. While many fans of Vietnam’s best gift to sandwiches, bánh mì, know that the crusty bread is indeed a baguette (and Bánh Mì Très Bon’s pillowy wonder a perfected recipe they have custom-made by a local baker for that perfect crusty crunch and tender interior), others may not be familiar with the use of puff pastry, which shows up in their Pate Chaud.

Quite simply, the Pate Chaud is puff pastry, stuffed with a minced pork filling. The rich, flaky crust makes for a decadent vehicle for the savoury meat. 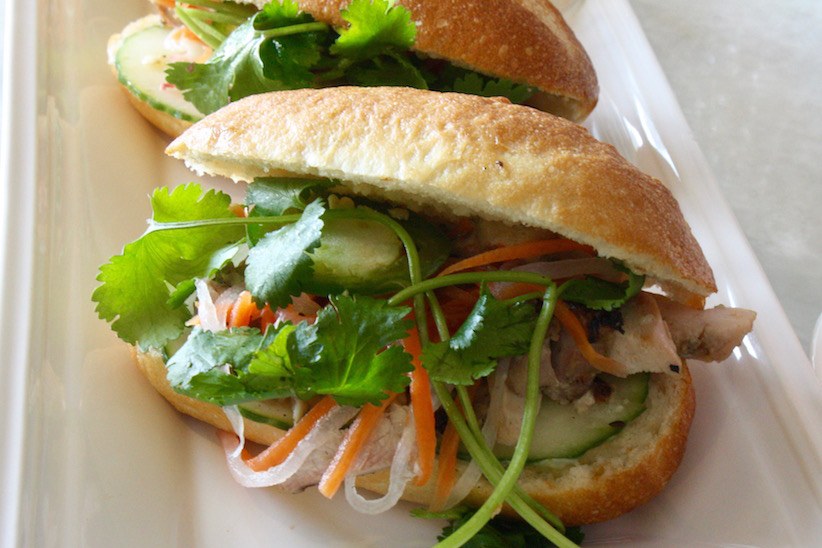 If you’re looking for something lighter than meat and pastry, Bánh Mì Très Bon makes several salads, including a beautiful Pomelo and Shrimp, with their signature fish sauce dressing, for a bit of a sweet-sour tangy bite.

For those who can’t say no to pho, Bánh Mì Très Bon’s pho offering is a hearty broth enhanced with bone marrow, served with sliced beef and meatballs.

But of course, they put bánh mì in their name (and “so good,” in French along with it) so you know they’ve got that classic sandwich on the menu, in spades. They make several renditions, from a breakfast one with fried egg, to lemongrass chicken, and a few more in between. Can’t choose? No worries; they make a “trio” board, with a selection of three. 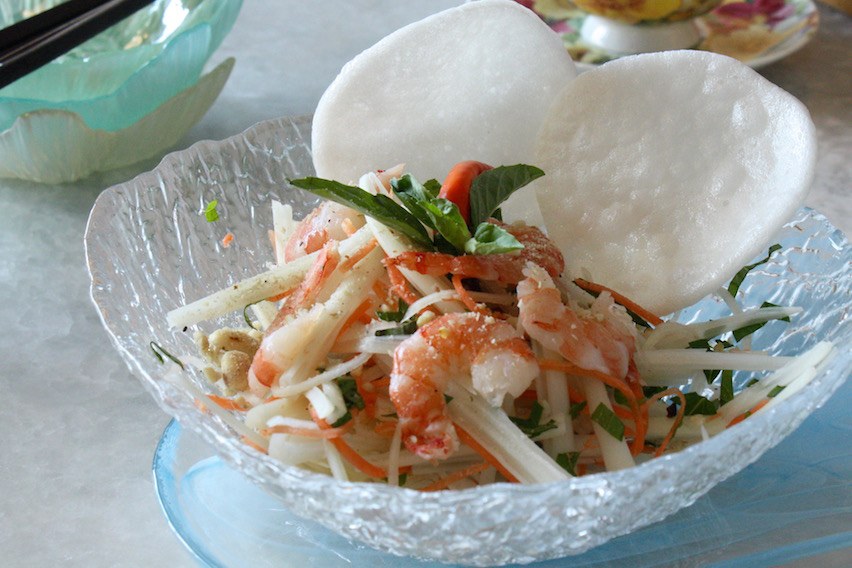 Looking to share their ideal of a serene, simple, French-style Vietnamese cafe with carefully prepared eats (and sweets!), Bánh Mì Très Bon is a nice spot for a spot of tea and their fresh, casual fare. 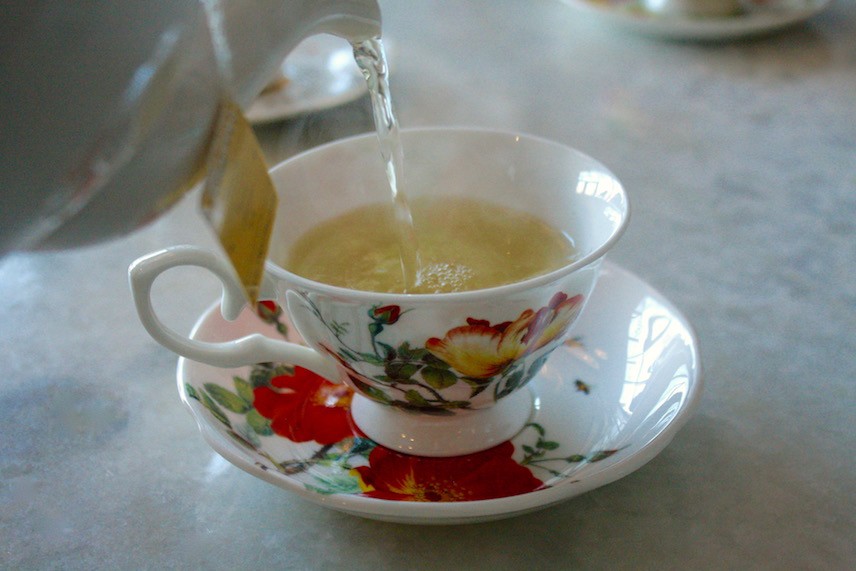 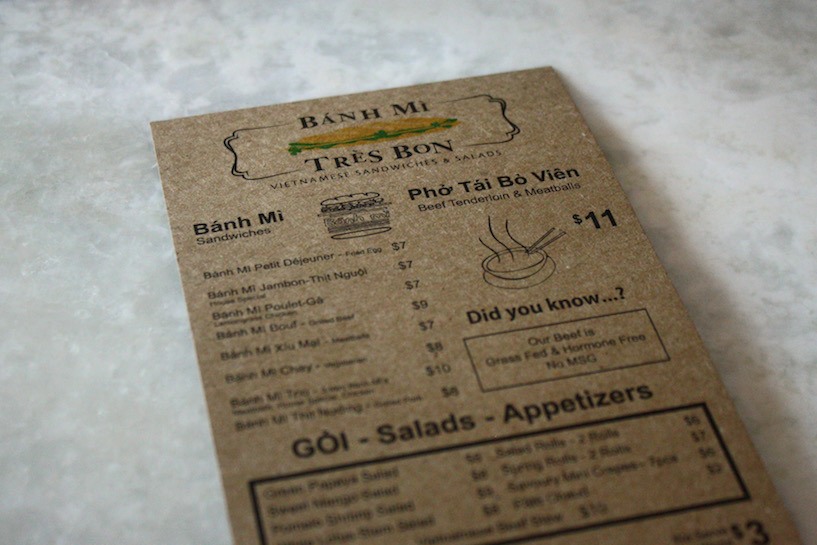 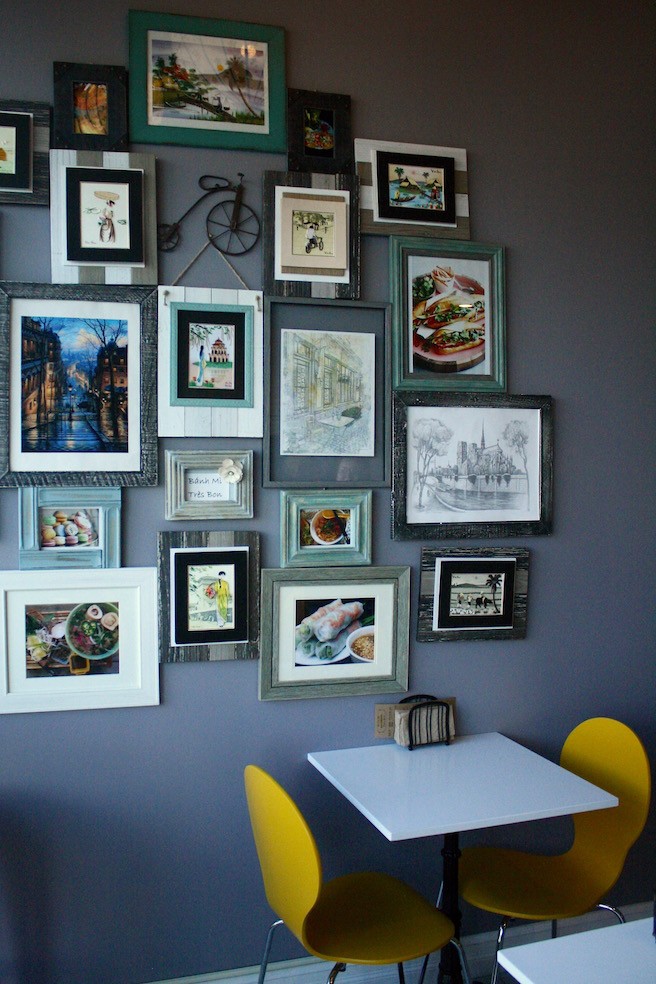 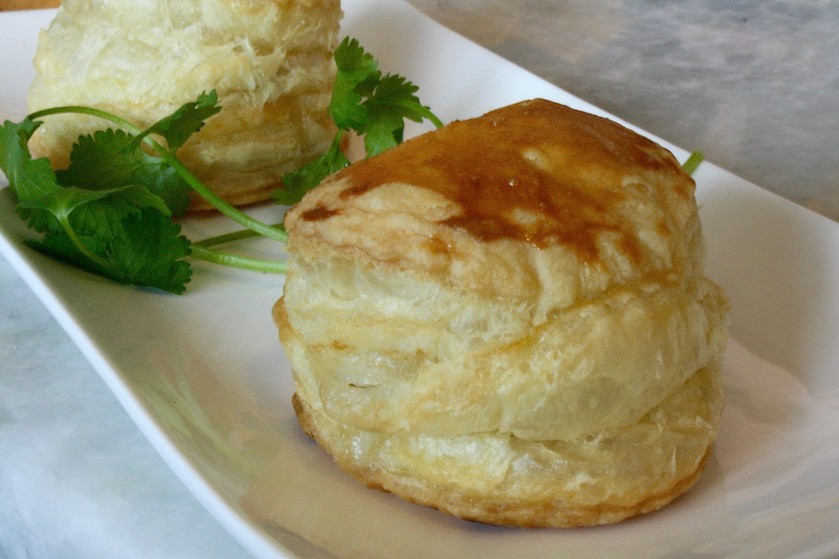 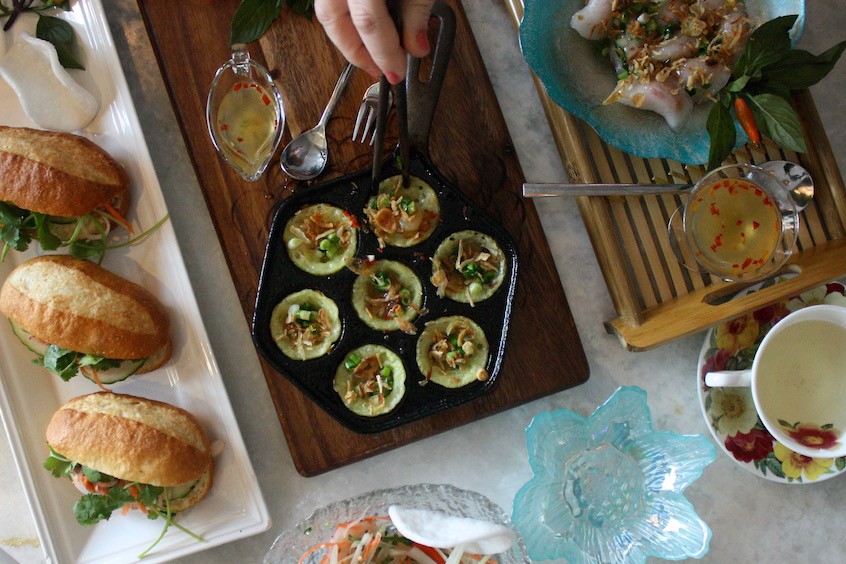