On Wednesday, November 28th, four local indie bands battled it out at Library Square for the title of Band Fight II ‘King of the Ring’. The crowned winners obtain the grand prize of one professionally recorded song and full radio promotion campaign courtesy of AMP Records and radio play on 99.3 The Fox.

AMP Records is a company that specializes in providing the necessary resources for independent artists. They are unique from other major record labels in that they provide a joint venture agreement between AMP Records and the bands. This places more power in the hands of the artists. AMP Records have led the way in leveling out the power imbalance in the old record label model, which used to tilt heavily on the record label’s side.

After a tough, head-banging-entertaining battle amongst the four awesome bands (Bobby’s Cane, Virginia Leaves, The Cut Losses, and The Airtights), the four judges, Scott Alan from 99.3 The Fox, Vivien Pence from The Georgia Straight, and the founders of Amp Records, Phil Lehmann and Tara Lett, had the difficult job of deciding which band would take home the prestigious title and grand prize. Of course, they did have a little help from the bands’ fans. Social media votes through twitter were taken into consideration. Fans had the opportunity to support their favorite band by taking a photo and tweeting @bandfight. 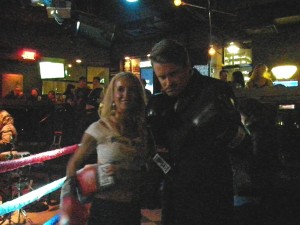 After much contemplating, tweeting, and numerous photos taken with the lovely ring girl and dashing Ryan Gosling look-a-like ring announcer (pictured above & below), the final decision was made.

As the ring announcer and ring girl stepped into the ring, Library Square experienced a fleetingly rare moment of hushed silence. Then, the band named ‘King of the Ring’ was announced… “The Airtights!”

The Airtights: Band Fight II ‘King of the Ring’ 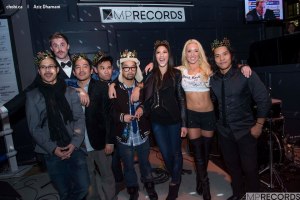 Keep your ears open for their soon to be released single on 99.3 The Fox, and promotions courtesy of AMP Records!

Thank you to all of the contestants who rocked it out last Wednesday. Amazing performances by all four bands made it an unforgettable night at Library Square. Here are some photos of the hella rad bands that, truthfully, are all winning rockstars. (I apologize for the blurry images, but these dudes headbang like there’s no tomorrow) 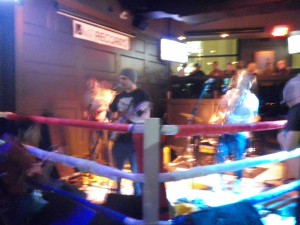 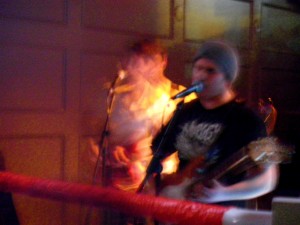 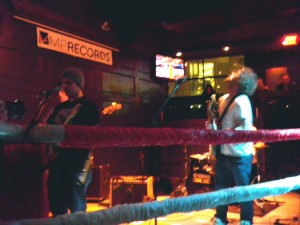 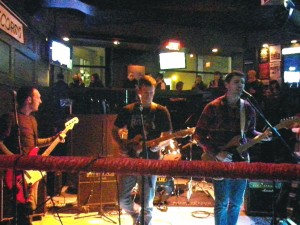 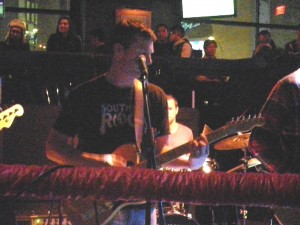 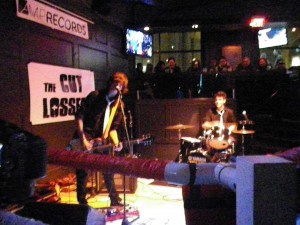 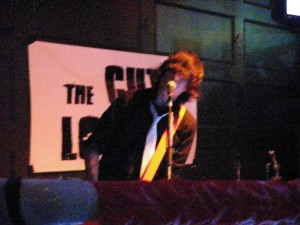 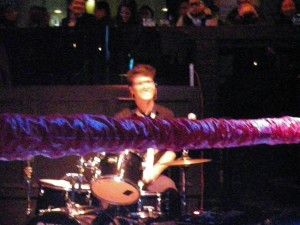 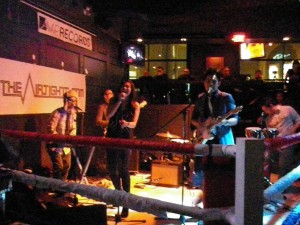 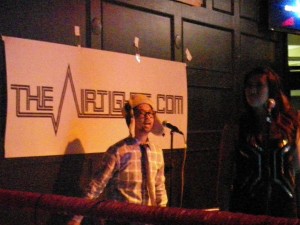 Library Square Public House Vancouver, one of the many public houses owned by The Donnelly Group, made the perfect venue for such a grand competition. Their pubs are known for offering fantastic entertainment, drinks, food (locally sourced), and simply an amazing experience. Check out their website and explore all that Library Square has to offer! 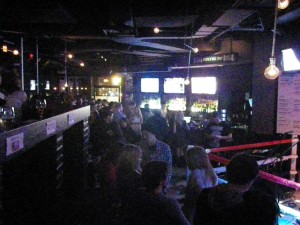 Be sure to tune in at 99.3 The Fox and be ready to hear The Airtights‘ new single sometime next February!

Thank you again to all the competitors in Band Fight II

And a special thanks to Phil Lehmann, Tara Lett, and Liz Uhl of AMP Records and Natalie at Library Square.