Ballet BC’s Grace Symmetry was their second to last offering of the season. On closing night (Saturday), I got to mix and mingle with members of their Young Patrons Group.

The night started with cheerful appies and drinks in UP’s exclusive corner at the Queen Elizabeth Theatre. Past and present committee members were in attendance, and it was great to see the youngish vibe the crowd brought to Ballet BC.

Grace Symmetry, as a show, is hard to describe. In plain terms, it compromises three separate works by choreographers (Wen Wei Wang, Medhi Walerski, Kevin O’Day), set to contemporary chamber music performed live at the event (Turning Point Ensemble). Sometimes, all of the dancers are on stage. At other times, solos or duets are performed.

It’s easy to admire the sheer athleticism of the dancers, something that came up in conversation with UP members time and time again. In Wen Wei’s work, the male dancer stretched his body to the point of impossibility. Each dancer tried to tell a story through their movement, some of which reached the audience, and some of which wasn’t as successful. It was also an interesting to compare and contrast the styles of the choreographers – Wen Wei Wang incorporated a lot of unexpected humour into his work, for example. Medhi Walerski had some great moments of controlled chaos on the big group numbers. 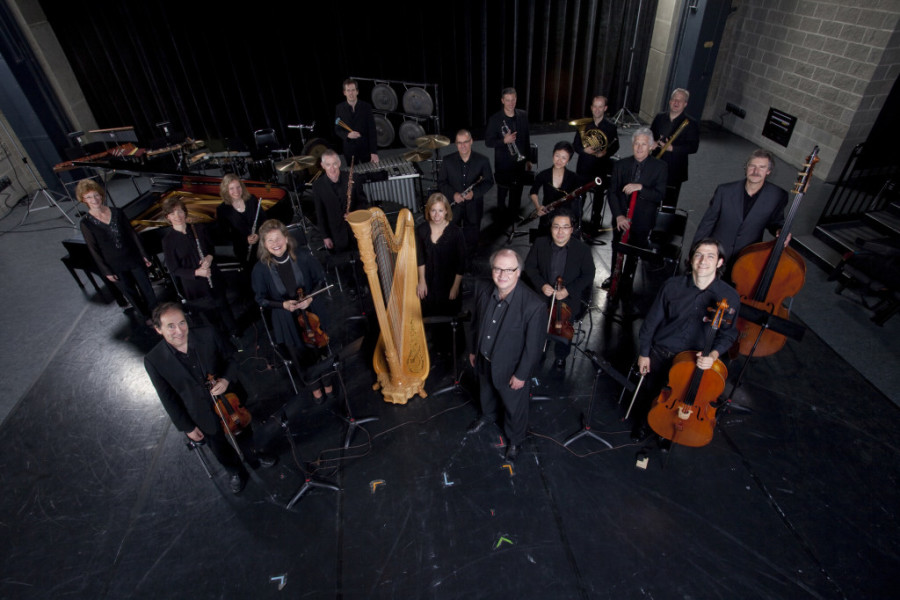 Having Turning Point Ensemble perform their work live was a brilliant turn – the original music was top-notch, and really set a dynamic tone for the evening. I absolutely loved the violin and flute solos, where the musicians were invited on stage and played alongside, becoming just as part of the performance as the dance. An excellent piano piece by Jane Hayes kicked off the second work, gorgeous and frantic, which mirrored in the movements on stage.