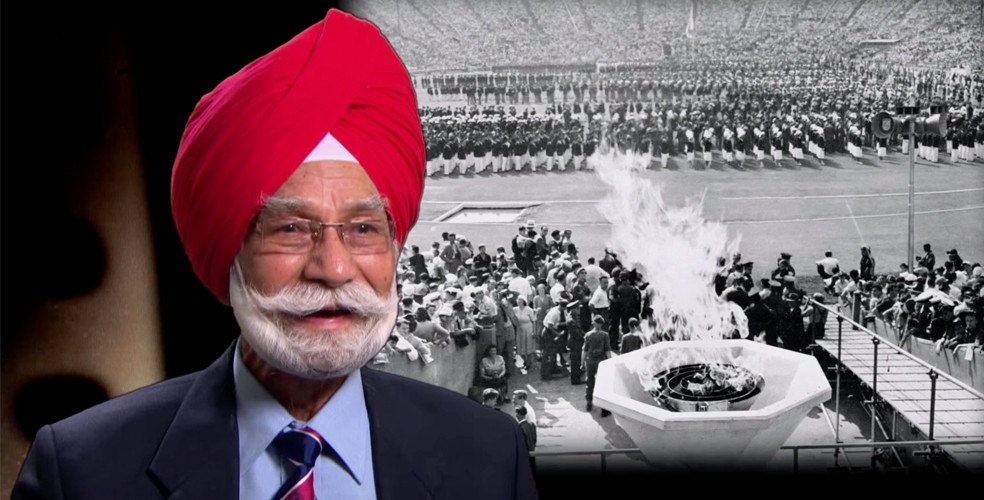 Where the United States has Michael Phelps and Jamaica has Usain Bolt, India has its own Olympic hero in a nonagenarian living out a quiet retirement in Canada.

Balbir Singh is India’s most decorated Olympian: former team captain of the field hockey team, flag bearer at the 1952 Helsinki games, and the highest scoring player for the national team.

According to Blennerhassett, had Singh been better at remaining inconspicuous – a trait he has humbly mastered in his latter years – he probably would have been the greatest field hockey player that never was.

During the 1940s, in the waning years of the British India, Singh and his rare triple combination of power, skill, and stamina on the field hockey pitch caught the eye of the head of the Punjab Police, Sir John Bennett. Singh was heavily recruited but reluctant to join the police force that had persecuted his father, a former freedom fighter.

Bennett however was adamant and hunted down the elusive star in Delhi, bringing him back to the Punjab in handcuffs. After being fingerprinted, Singh was given an ultimatum to either join the Punjab Police force and play hockey for its team or be left to rot on the wrong side of the law.

The choice did not take long for him to make.

As karma would have it, Bennett would come to rue his decision when Singh led the Indian team to victory over their former rulers, the British, at the 1948 London games.

“My teammates and I were thrilled to win sovereign India’s first Olympic Gold. And I was pleased to score the first two goals in our 4-0 victory in the final match at Wembley Stadium against our former rulers,” recalled Singh, his memory still sharp with the finer details of the match.

“Praising the Indian team’s performance, the British spectators proved that the former rulers were an extremely sporting nation. It was a rare honour for us to win the gold in the land of former rulers who had imported hockey into India.”

India’s victory was particularly poignant for Singh who had witnessed the horrors of India’s partition a year earlier in 1947, caused by the hastily executed British Independence succession plan. At the time he was a police officer stationed in Ludhiana, a major city in the Punjab state where hundreds of thousands of people died in violent carnage.

“The bloodshed during partition was tragic. A thought of that burns my blood even now,” he said. “There was so much blood on the trains, the buses, and on the roads. It was so tragic.”

While India has grown in prosperity since its difficult birth, it has stumbled in sporting success. Singh is arguably the last great Olympian in the country of over one billion people. Since 1956, the country has won an anemic and embarrassing total of only three gold medals – the same amount that Singh holds on his own.

Had Balbir Singh not been dropped from the 1960 team, it is possible he may have won a fourth medal and cemented his status as the greatest field hockey player to ever have played for India.

There are rumours and conspiracies that funnel into India’s dismal pull of communal politicsas to the reason why Singh was dropped from the 1960 team. His star was threatening to eclipse that of his predecessor, Dhyan Chand, India’s other field hockey great. Patrick Blennerhassett explores these theories in his book as well as the swelling rise of communal politics in India and how this has adversely affected sporting results in that country.

Singh, however, has chosen to avoid dwelling upon that part of his past and what political machinations led to his being left off the 1960 team.

These days, his time is still busy with activity built on a daily regimen that begins at 6 a.m. and includes long walks, yoga, and, of course, email and catching up on news.

Looking back at his storied playing career he is also quick to deflect credit away from himself. “It goes to my parents, my coaches and my teammates,” he said recently in a media interview.

“I played for India. I was just one of the players.”