It was the television resuscitation heard around the world when it was announced that the spooky cases were being reopened and Mulder and Scully were coming back with their badges, guns, and flashlights. Yes we are talking of course about the The X-Files, which has proved in 2016 that it never really went away, despite being off the air for 14 years.

Want a bit of insight into what the hell was going on in the final moments of The X-Files’ season finale? Interested in how writer/director/creator Chris Carter shaped the design of the entire new six episodes? You’ll find plenty of answers at the Back Gallery Project (BGP), which is running its exhibit entitled “The Truth Is Here: The Making of Season 10” until February 28. The show contains an exclusive behind-the-scenes look at the making of the recently aired “revival mini-series” of The X-Files.

Created by Chris Carter, The X-Files was originally broadcast on the Fox television network for nine seasons. A growing demand for nostalgia in the marketplace helped convince the network suits to revisit the series that, along with The Simpsons, defined Fox’s place in the history of TV. A new six-episode limited event series was commissioned and wrapped up its run earlier this week with mammoth viewership behind it.

“It feels like the perfect timing,” gallery director Monica Reyes explains. “If we do something like this down the road, it will be more appropriate to do a complete look back at the series. It would be a different [exhibit] altogether. But these pieces show the highlights of the first episode and the last episode of this new revival season.” 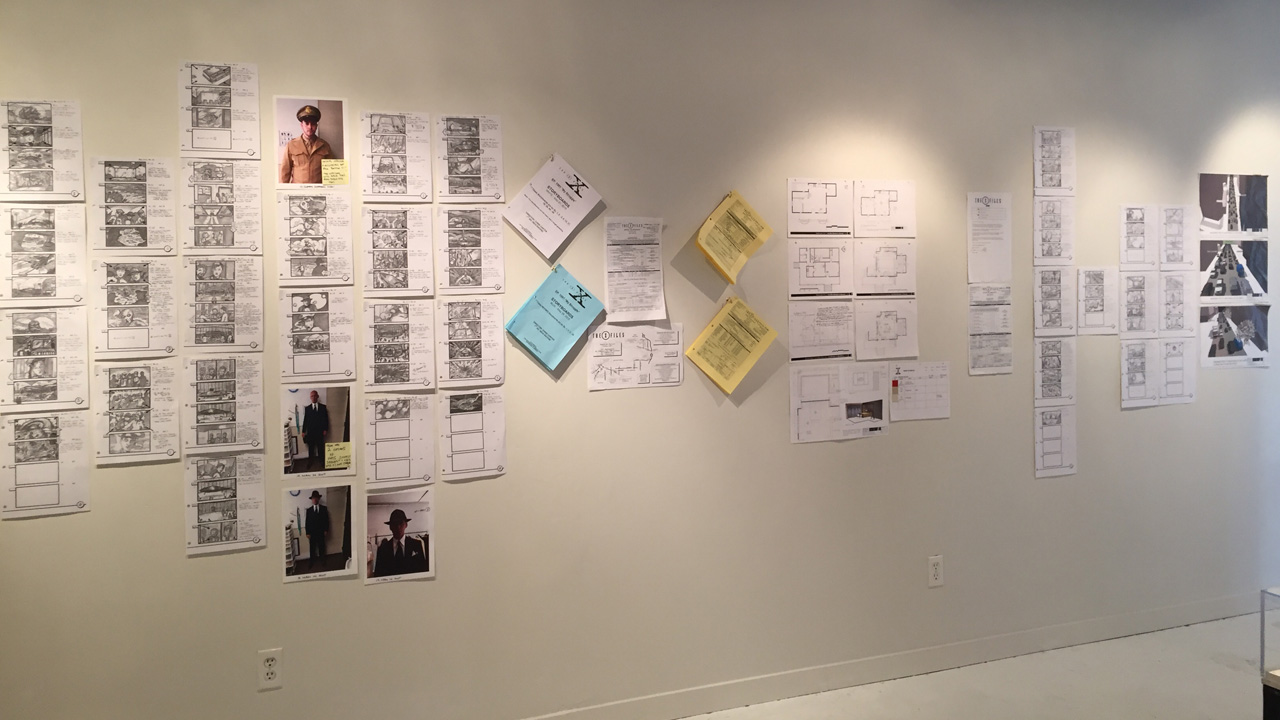 All pieces on display came straight from series creator Chris Carter himself. When the original run of the show filmed in Vancouver during the 1990s, Carter and Reyes struck up a friendship. The two have remained in touch over the years and Carter has even purchased items from BGP for his home. If Reyes’ name is ringing a bell that’s because Carter went so far as to honour his friend as the namesake for FBI Special Agent Monica Reyes. The character, played by Annabeth Gish, was a regular during the show’s eighth and ninth seasons and recently made an appearance in the final episode of the revival mini series.

The exhibit celebrates the show that made history across the globe but more importantly helped launch a local industry into a whole new level. As Reyes emphasizes, “It’s important to highlight that when the show first started filming in Vancouver over twenty years ago, we had not seen something to this extent. It was The X-Files that really turned Vancouver into Hollywood North and set a new precedent for the BC film industry.” 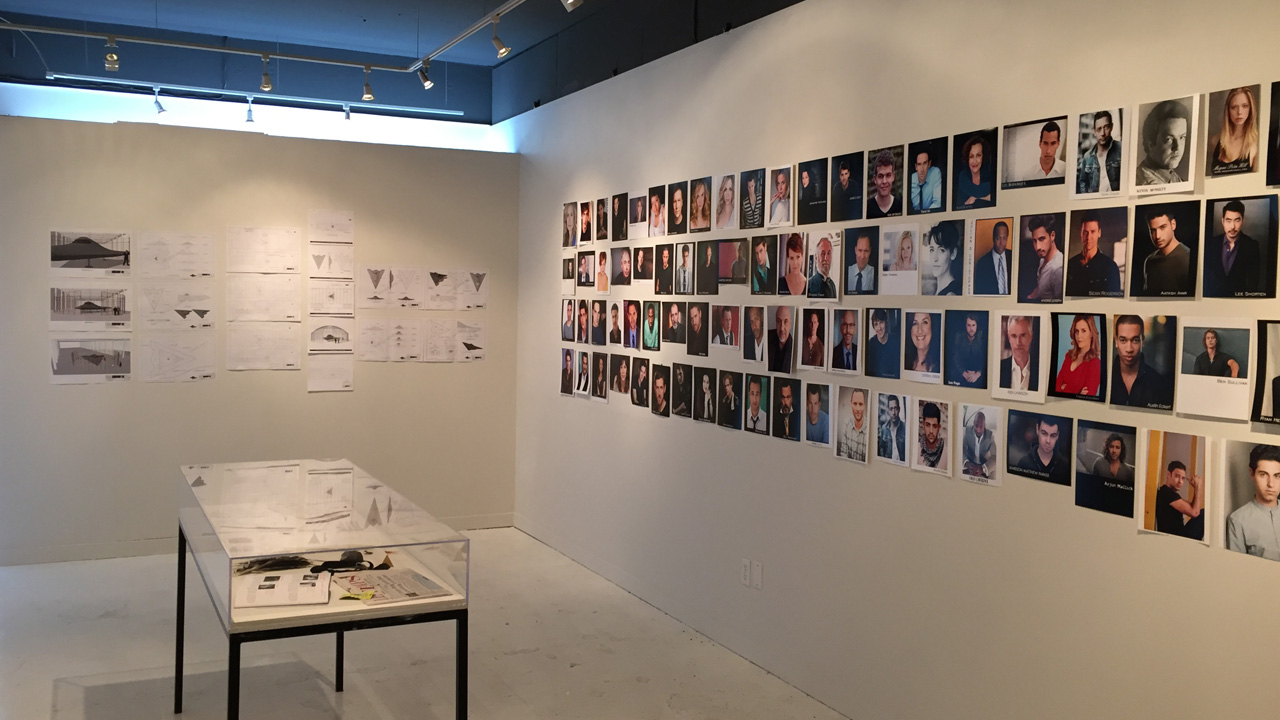 There’s a hands-on aspect to a number of the pieces on display. Multiple revisions of the scripts and storyboards are hanging for visitors’ perusal. Everything from blueprints of Mulder’s house to actual set decoration visible on screen is on display. Notes and schematics from the production design team give us an inside peek at the process that went into building the alien spaceship at the centre of The X-Files’ latest season. Fake license plates, prop DNA test results, and even crew tags for Chris Carter’s dogs have been gathered into the show. Of particular note are the multiple “I Want To Believe” posters on display; each one was used in a different take during the first episode of the season, when David Duchovny’s Special Agent Fox Mulder takes a kick at an old poster laying on the ground. Those scuffs and tears you’ll see hanging on the wall were made with Duchovny’s actual feet. If you’re furiously geeking out over those mental images, this is your can’t-miss exhibit of the year. 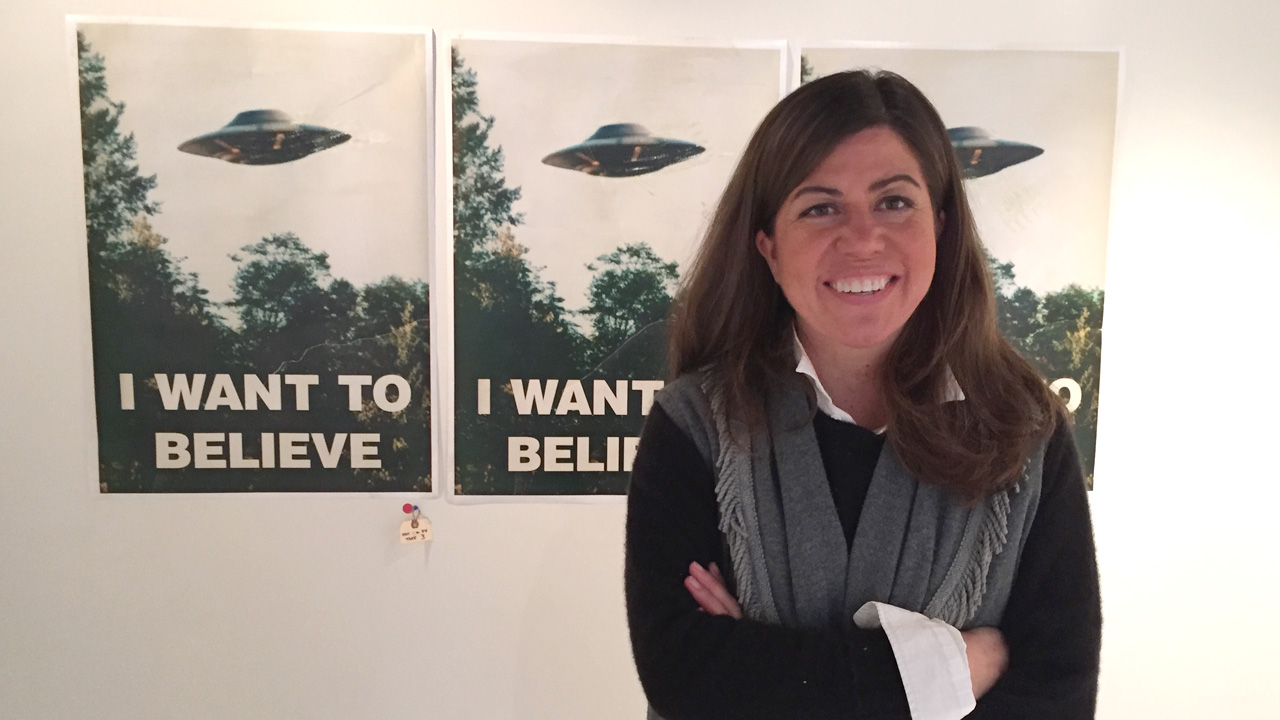 Reyes is hopeful the show will bring in new visitors that will be inclined to return for another visit. Back Gallery Project’s next exhibition, beginning February 29, features the work of renowned artist Tyler Toews. It will mark BGP’s second solo exhibit ever and will serve as a major spring highlight for art lovers in the city.

Fans of The X-Files and those with an interest in the art of filmmaking are encouraged to visit Back Gallery Project for an intimate look at the making of a television sensation. The truth can be found at 602 East Hastings daily from 1 p.m. – 5 p.m. now until the end of February 28. For more information please visit http://backgalleryproject.com