The best-preserved baby woolly mammoth ever discovered has arrived at the Royal BC Museum in Victoria for a new exhibition about mammoths and mastodons.

The 40,000-year-old baby mammoth was found in the frozen soil of the Arctic in 2007 by a Siberian reindeer herder and named Lyuba after the herder’s wife.

Scientists have calculated she was about 30 days old when she suffocated, after being trapped in mud along the banks of a river.

While she struggled to free herself, her trunk filled with silt and her body was quickly covered by sediment. 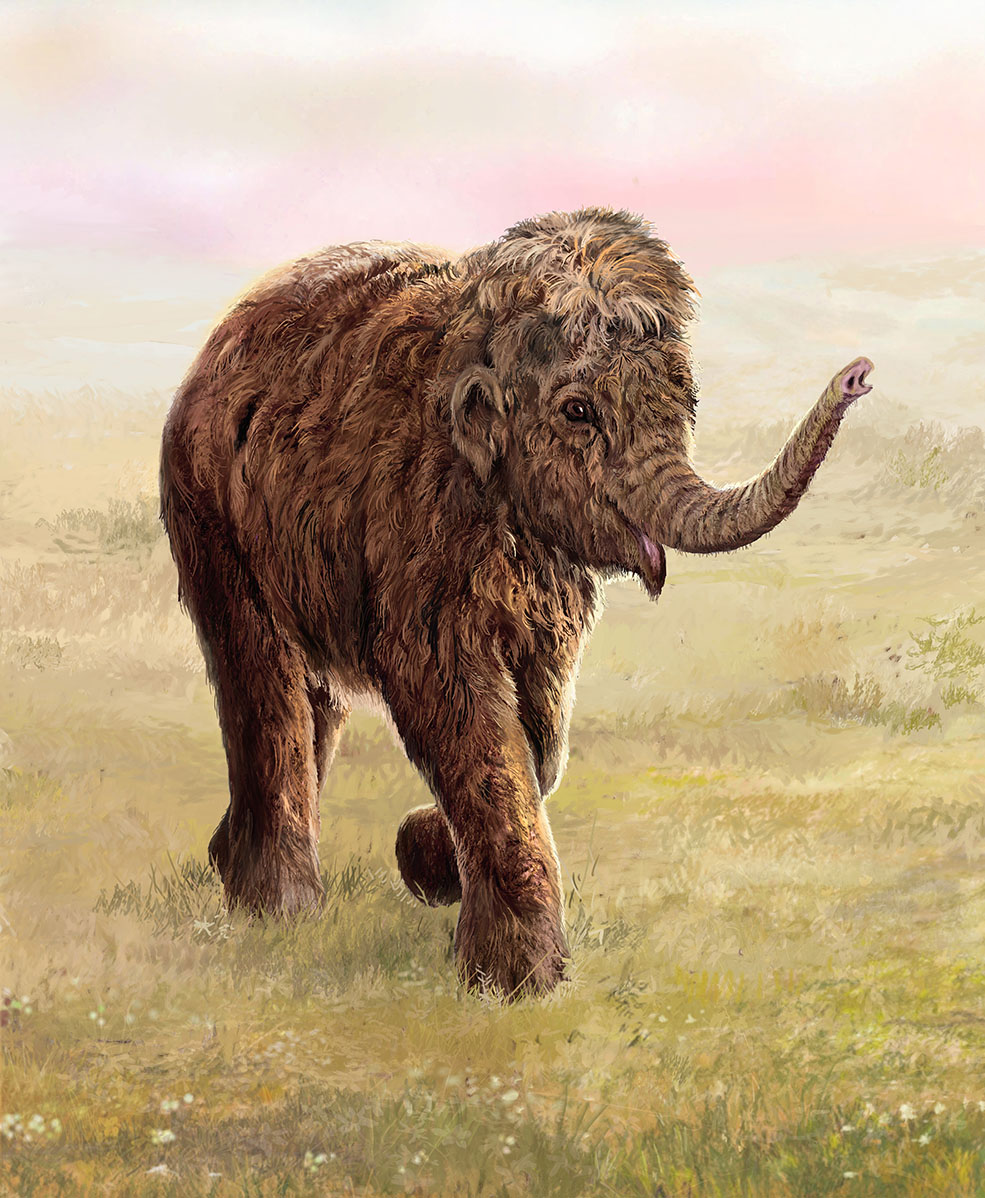 An artist’s rendering of what Lyuba might have looked like while alive. Lyuba is the best-preserved baby mammoth ever discovered and is the centerpiece of Mammoths: Giants of the Ice Age. (Illustration by Velizar Simeonovski © The Field Museum)

Samples of Lyuba’s soft tissue and tusks suggest she was healthy at the time of her death. Her carcass now weighs approximately 110 pounds and is 45 inches long.

Usually on display in her native Siberia, she will now take centre stage at the Mammoths: Giants of the Ice Age feature exhibition when it opens in Victoria on June 3.

It will be the first time the baby mammoth has ever been on display in Canada.

“Seeing this unbelievable treasure in person will allow British Columbians, and our visitors to discover how science has brought this baby mammoth’s story to life,” said CEO Jack Lohman in a release.

Here are some more images to give you a sneak peek at little Lyuba: 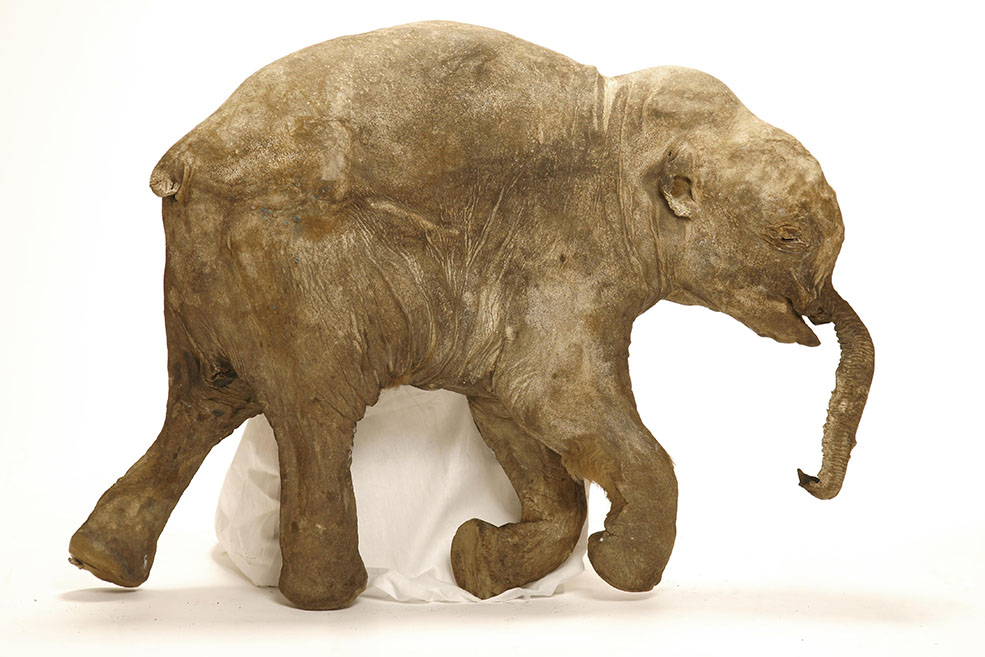 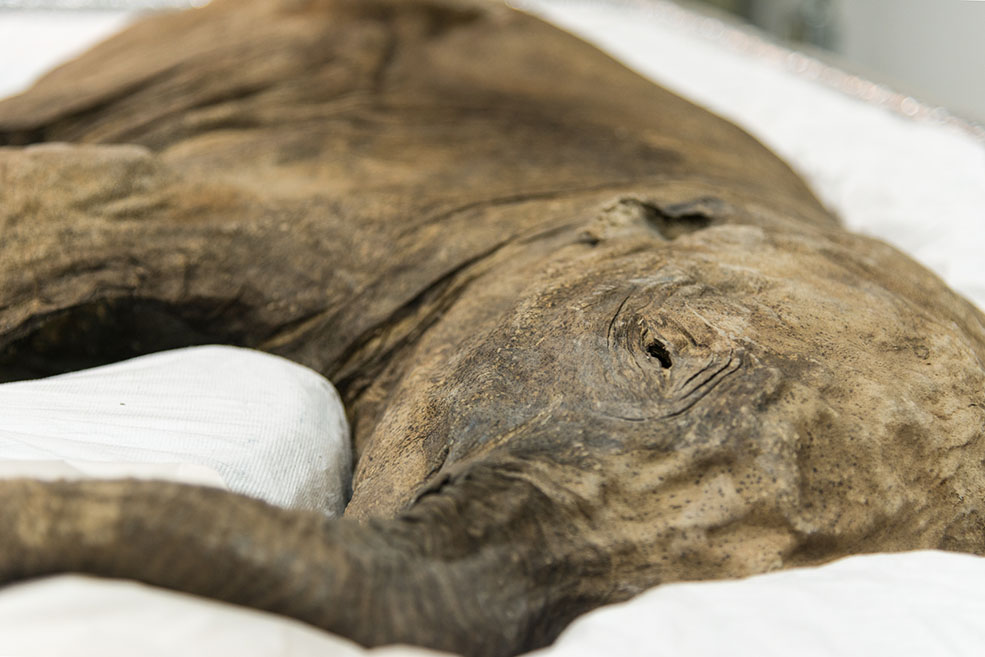 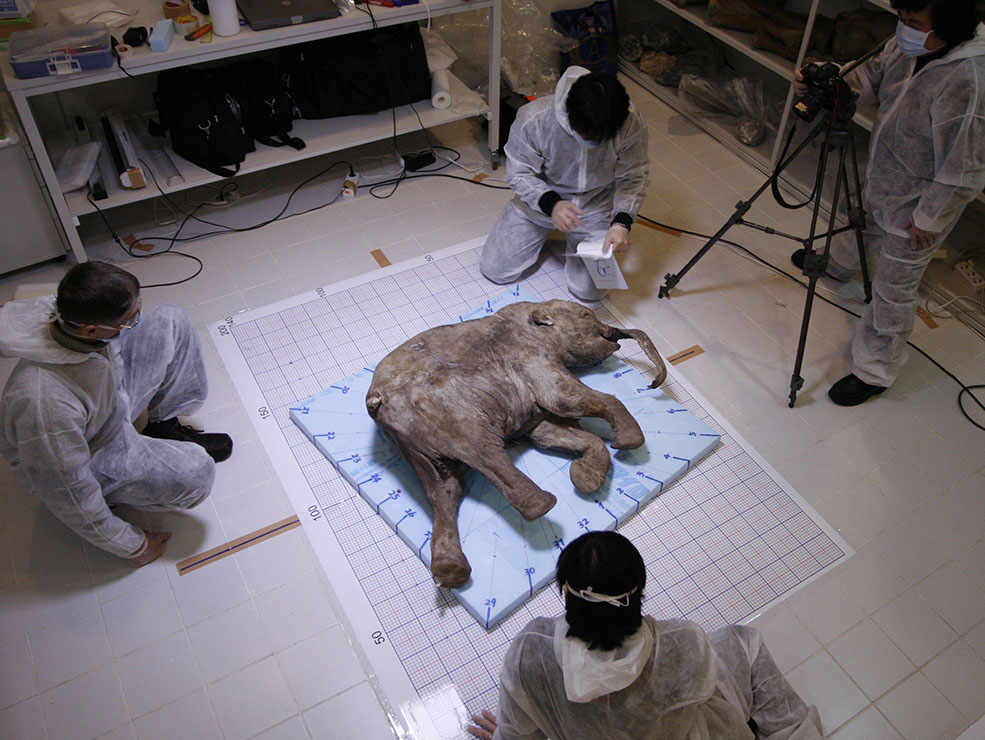 An international team of scientists studied Lyuba after her discovery, performing an autopsy and DNA analysis. (© RIA Novosti)