British Columbia has the country’s most financially vulnerable households, according to the latest research from TD Bank.

A special report published by TD economist Diana Petramala says B.C.’s soaring housing market puts residents in the province in financial danger, more than any other province in the country.

The cost of mortgage payments for an average priced home for many in B.C. is typically around 50% of their annual salary, and some estimates say that B.C. households spend over 9% of their monthly income just on interest payments.

“The risk of a severe home price correction in B.C. and Ontario has risen to a medium probability event given the continued run-up in prices in Toronto and Vancouver,” Petramala states.

Home prices have been doing nothing but growing at an exponential rate. The benchmark home price in Metro Vancouver has increased 73% over the last decade and detached home prices have now increased over 100% since September 2005.

Ontario and Alberta are not far behind B.C., as these three provinces have the highest debt-to-income ratios and devote the greatest share of income to making debt payments.

Petramala also reports that B.C. has an above average number of households who are 90-days late to their mortgage payments – “Some 0.36% of mortgage holders were late on their mortgage as of June of this year.”

But low interest rates from the Bank of Canada, which has made borrowing considerably easier for most, may be on the upward trajectory as early as next month, says Petramala, which should “take some steam out of housing activity all together.”

This is the 16th year in a row British Columbia has topped the list. 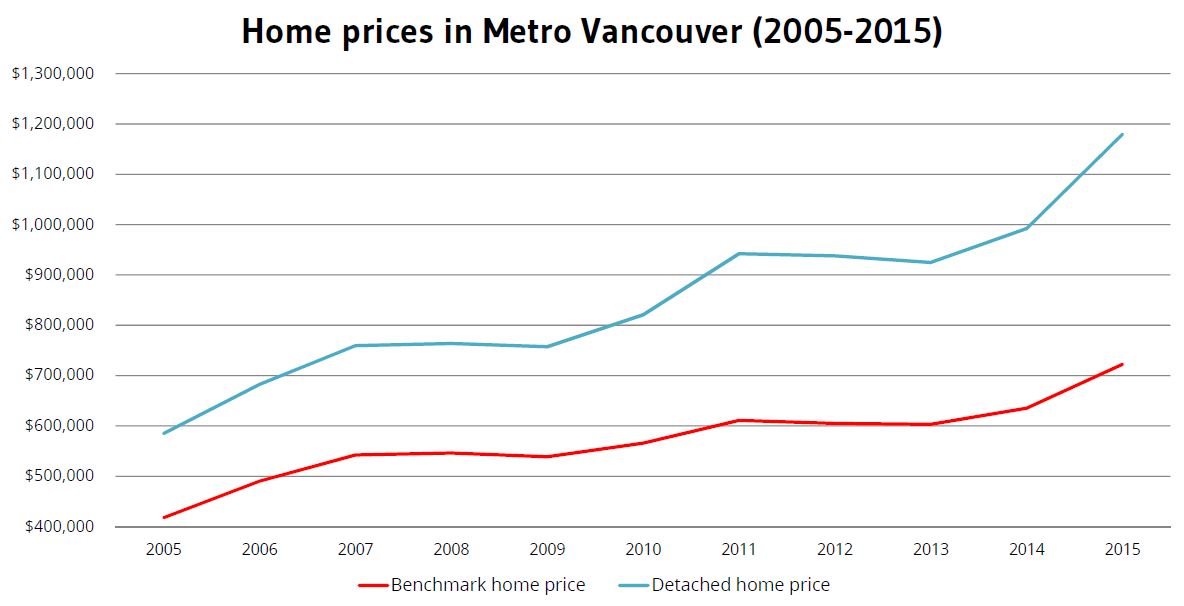