The ferry corporation announced last month that it will be offering foot passengers fare discounts of 50 per cent for select sailings on major and minor routes that serve the Lower Mainland, Vancouver Island, Sunshine Coast, and the Northern and Southern Gulf Islands.

The deal begins on September 8 and ends on October 31, but it only applies to select off-peak days and off-peak time sailings.

Passengers are advised to check the B.C. Ferries website for a schedule of the discounted sailings.

With these discounts, for instance, this means an adult passenger on the Tsawwassen to Swartz Bay and Horseshoe Bay to Departure Bay routes will pay just $8.45 for a one-way ride instead of the regular fare of $16.90.

A similar discount promotion will apply for the Northern Routes from October 1 to October 31. This includes the routes to the Inside Passage, Haida Gwaii, Discovery Gate Connector, and Skidegate/Alliford Bay. 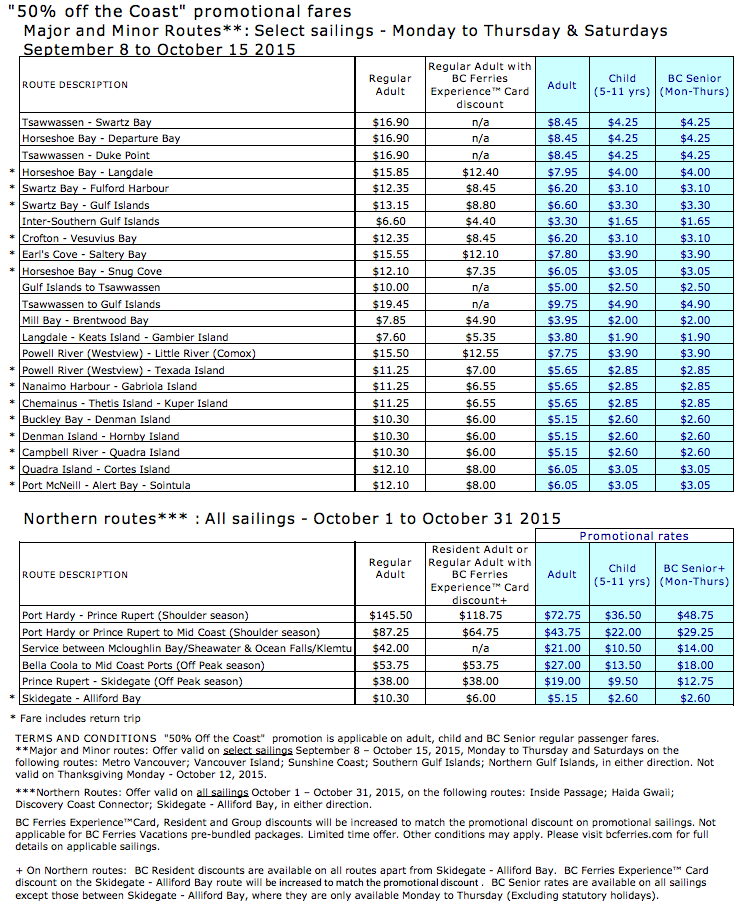