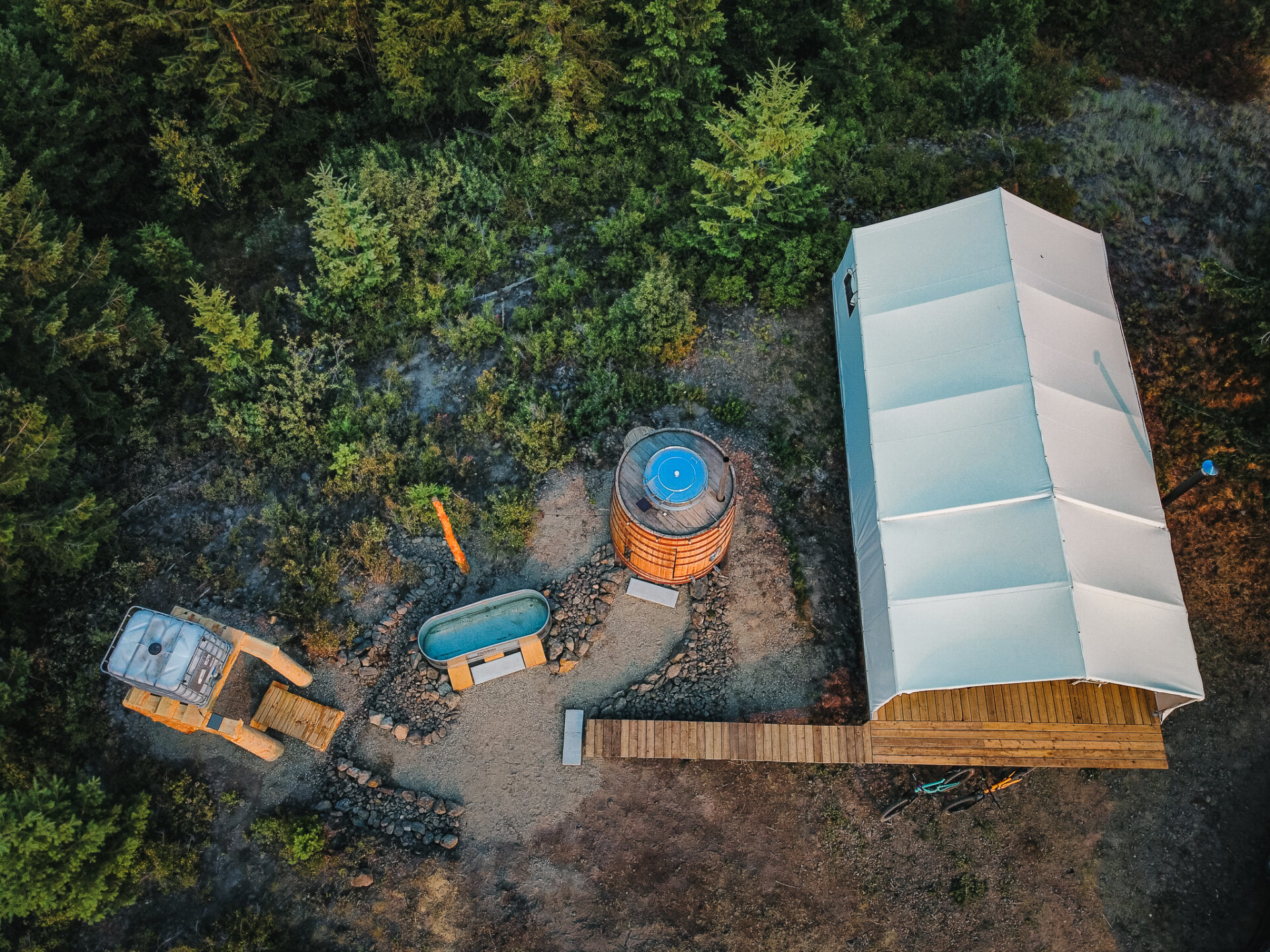 Jaymie Friesen, co-founder, brought Azhen Sanctuary to life alongside his brother Shelby with the goal of living in alignment with nature and with their Indigenous values in a modern way, starting with a successful crowdfunding campaign in November of 2020.

The land is dedicated to off-grid living, regenerative agriculture, and cultural offerings like their upcoming Indigenous Drum Making Retreat with Elders.

What makes this space unique though is that they take the concept of “living with nature” to a new level. This means a lot more than just growing their own food.

Jaymie and the Azhen Sanctuary team are gearing up to build a network of 20 ponds that will gravity feed a sprinkler system around the property for wildfire defence.

When the ponds and other initiatives in their 7-step fire defence plan are complete, it will be the most advanced natural fire defence system in North America. This will also hydrate the surrounding ecosystems until the next ice age.

This is just one part of their land regeneration plan. They are also planning food forests and even passive solar greenhouses that can help grow food in Canadian winters.

As you can tell, this project is far more than just some unique glamping stays on HipCamp or a place for weekend camping.

Jaymie says, “Some people see it as a big project, but we just see that this is what it takes to live with nature and humanity needs to step up to the challenge. It’s our goal to inspire that in others. Not to mention it’s just a beautiful way to live. I’ve never been more at peace, and our guests seem to feel the same.”

Perhaps the custom wine barrel saunas at the hydrotherapy spa have something to do with it. 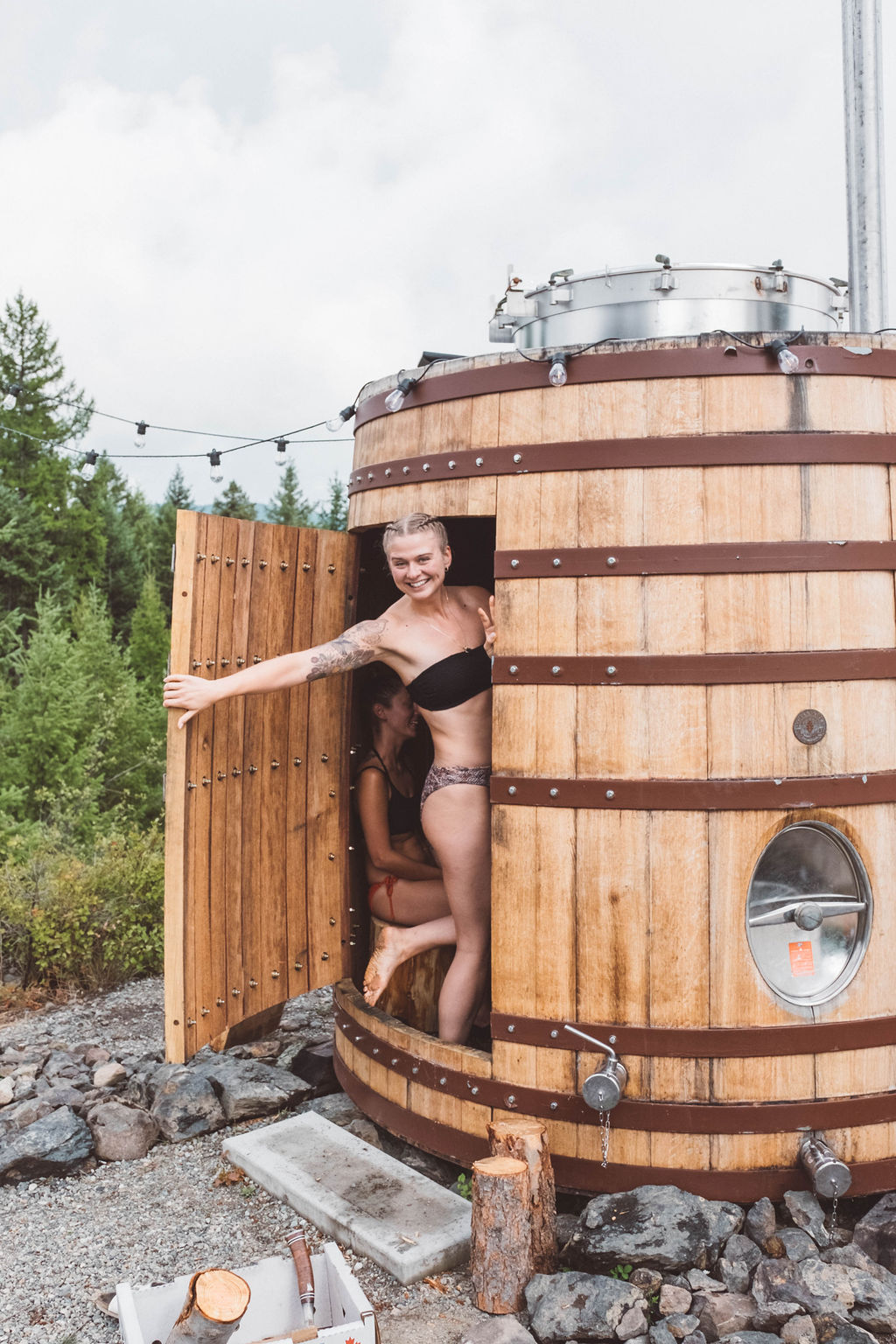 It’s their hope that it can serve not only as a place where people can reconnect with nature and relieve stress, but also to learn about land management and how to give to the Earth, and to each other, more than we take.

You can learn more about Azhen Sanctuary’s regenerative land management plan here or visit them during an eco retreat workshop.

After their Indiegogo crowdfunding campaign, the project missed the mark on its opening date by about five months.

“We were very overly ambitious with our original timeline,” says Jaymie. “Everything takes twice as long and costs three times as much as you think, but we did it. In hindsight, we’re extremely proud of our progress and grateful for all the help the community has given us. At the time, there were several other groups trying to create similar spaces for retreats, but none have opened. I think that’s a testament to how difficult this really is.”

Since then, Azhen Sanctuary has been hosting people who backed their Indiegogo crowdfunding campaign. They hosted 9 events and over 150 people in their first year, maintaining 5 star reviews in every category.

Some backers, like Flo, have even come back a second and third time.

Jaymie, Shelby, and the Azhen team are currently working to bring in new accommodations and alternative housing options to showcase that living off-grid can include all the modern comforts, can cost far less than building a traditional home, and be better for the planet and personal health.

The team is bringing more phases of the project to life and says new additions will never stop coming.

But something they didn’t see coming was their most popular workshop. 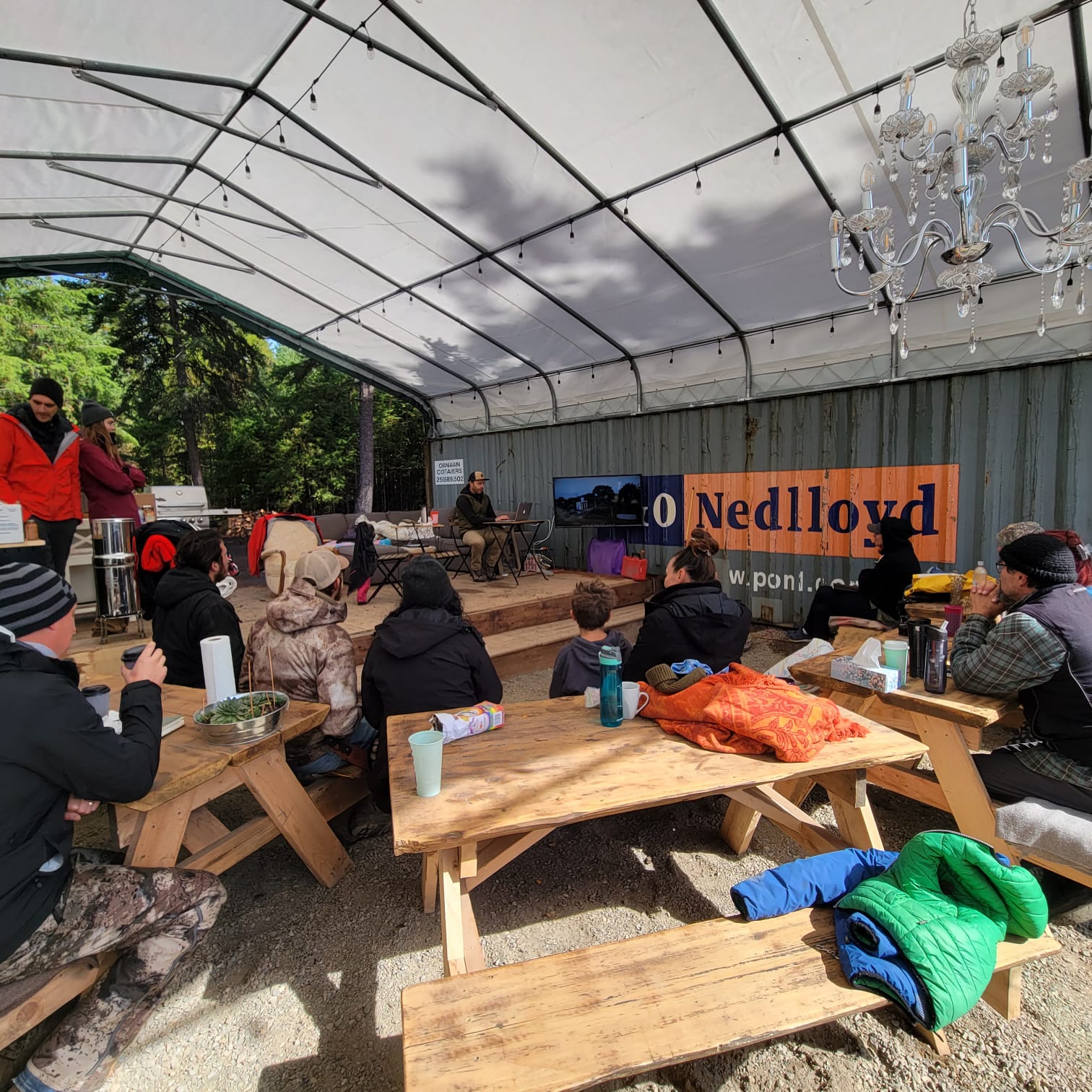 In the Fall of 2021, Jaymie posted on Azhen Sanctuary’s Instagram and asked if anyone would be interested in learning more about how to live off-grid and create a homestead, retreat centre, regenerative farm, or community.

“We didn’t expect much of a reply, but we woke up the next morning and we were overbooked by double. We had to open up another weekend just to fit everyone in,” Jaymie says.

It turns out there are a lot of people with a similar vision who are interested in getting back to nature and living the off-grid dream.

For this reason, and as Jaymie notes, “To have a greater impact,” the Azhen team is leaning more towards an educational mission with the release of online and in-person courses that show people how they got here.

Everything from how they bought off-grid land and made it economically viable to putting infrastructure in place like solar power, and using regenerative land design methods. 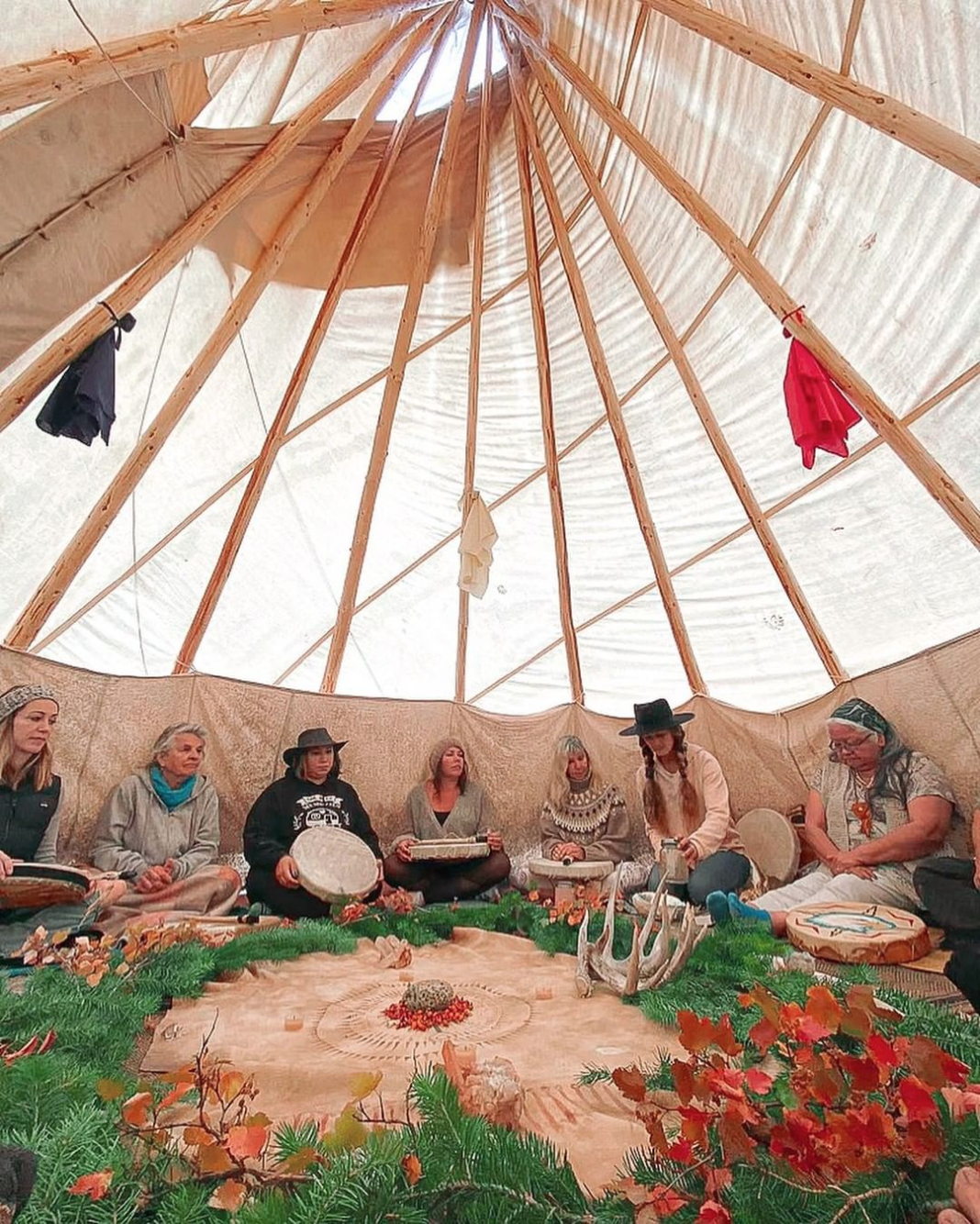 Azhen is an Ojibwe word that means “to give back”.

Shelby and Jaymie Friesen share their family story of their grandmother’s mercury poisoning at Grassy Narrows First Nation in Ontario and their mothers involvement in the 60’s scoop. The mass displacement event resulted in the two brothers and their mother growing up near Vancouver, BC.

Jaymie says “Getting back to our culture and connecting with local Indigenous Elders was a huge part of our healing journey. It’s becoming increasingly difficult to find. We created Azhen to share that with those who need it.”

To learn more about Azhen Sanctuary and its course offering and tour dates click here.