A local animal shelter is looking to find “forever fosters” to care for sweet older cats that have found themselves homeless by no fault of their own in their retirement years.

While shelters across the region are being hit hard by “kitten season” – hordes of tiny, adorable fluff balls being surrendered because of unwanted litters – there’s another hidden problem happening at just about every B.C. animal rescue: overwhelming numbers of senior and special needs kitties.

At the City of New Westminster Animal Shelter alone, there are 21 cats looking for a home, more than 60 per cent who are already in temporary foster homes because they are not considered “highly adoptable” – AKA they are old.

Half of the cats were found as strays and the other half ended up in shelter because their owners died. 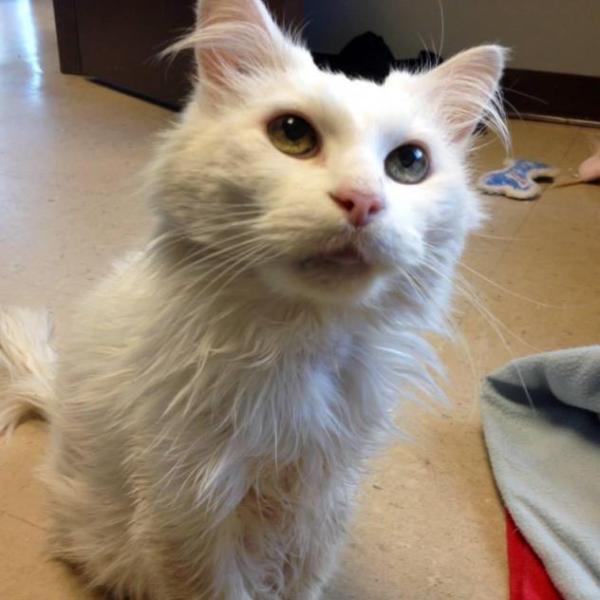 As a no-kill shelter, the New West facility is committed to finding every animal a forever home. But senior animal services officer Margie Fox says people are hesitant to adopt an older feline.

Adopters are drawn to young cats because they’re perceived as livelier and cuter, so the older cats, some who have medical concerns, are looked over time and time again, Fox says.

“Some people are hesitant to adopt or foster a senior cat because they think the cat won’t live a long time,” said Fox. “To be honest, that may be the case with some of our cats. But others may live several years yet. It’s never easy to lose a pet, whether fostered or adopted, but you can be proud of the fact that you truly made a difference for that one cat.” 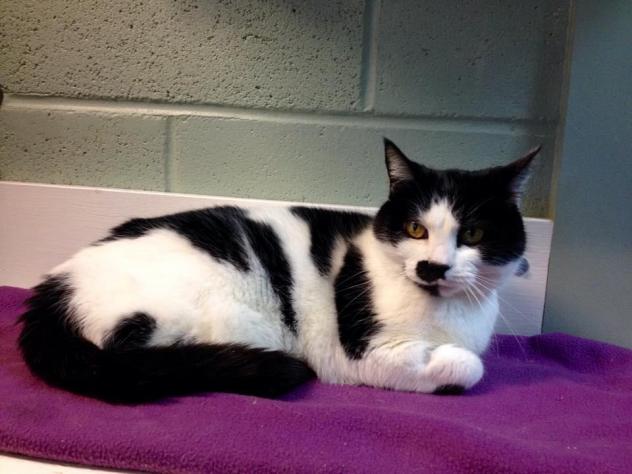 In a bid to boost senior adoption, the agency is giving potential pet parents another option: “Forever fostering.” The best part is that the shelter pays for all food and litter, and covers all veterinary care as long as you visit its clinic.

Basically, all you need to do is love this awesome animal for the rest of its days.

Local rescue groups SAINTS, VOKRA and Katie’s Place normally foster the older felines, but they’re currently full, so the shelter is reaching out to the public for help.

Fox says many of its cats come from a single-cat household and are really stressed out in the shelter environment, where they’re forced to live in a communal room with 10 other felines.

“As hard as we try, and as much as we love them, a shelter cannot offer these cats what they really need – peace and quiet,” she says. 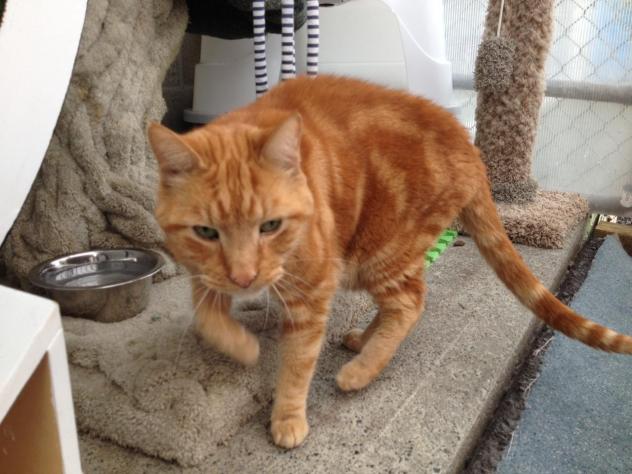 The current available kitties include Ralph, a 16-year-old with no medical conditions who has been at the shelter since November 2014. There’s also Penelope, a stray that is on an “easy-to-give” daily pain medication for a fused spine. Cora, 11, has no health concerns and gets along well with other cats. She’s actually a great candidate for a full adoption. 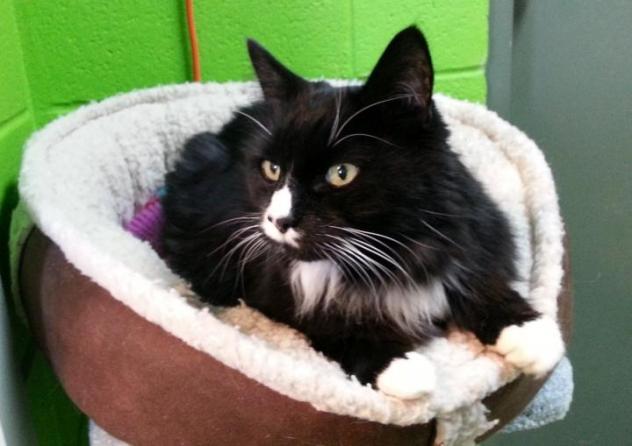 There is no charge to foster a senior cat, but interested pet parents need to fill out an application online or in person. The only requirement is the foster must have access to a vehicle to bring the cat to regular vet appointments.

And while fostering is amazing, the ultimate goal is to get these cats adopted into forever homes, says Fox.

“If someone were willing and able to adopt a senior cat, we would be over the moon,” she said.

And yes, the shelter also has kittens. Loads of them. Like their Facebook page to see all the adoptable animals.