It’s a progressive move away from the battery cages commonly used in the industry–confinements that are so small it’s impossible for hens to express natural behaviours like perching, walking or even spreading their wings. The cages are 67 square inches; that’s smaller than a single sheet of paper.

More and more restaurants are phasing out the battery cages in favour of free-run birds; whether the motivation is out of actual care for animal welfare, or just bowing to increasing consumer concern and awareness about the factory-farm conditions where food is produced is unclear. Unlike their caged counterparts, the free-run birds have the freedom to roam through an open indoor environment or barn, socialize, and nest.

Cage-free does not mean cruelty-free – there can still be thousands of birds crammed into a small space – but it does represent a significant improvement in animal welfare.

Taco Bell, Burger King, Starbucks, Tim Hortons, Subway, Wendy’s and McDonald’s Canada have all committed to going cage-free, with varying time frame commitments so suppliers can change their operations. McDonald’s, for instance, says it will implement the switch over the next 10 years. 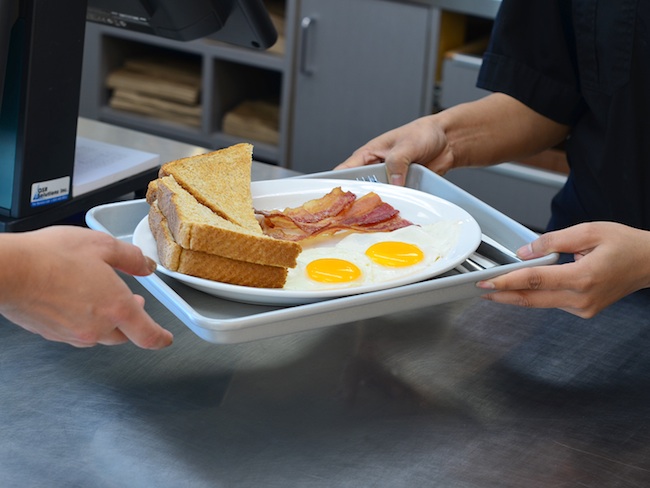 But the Vancouver Humane Society says one major fast-food chain has been noticeably absent from jumping on board the “cage free bandwagon”: A&W Canada.

What makes the holdout so noticeable to them is the fast-food giant’s recent marketing efforts striving to make it seem like a conscious choice for food-lovers concerned about animal welfare. The company already promises “100 per cent vegetarian fed” hens and “antibiotic-free” chicken.

Instead, A&W is committing to using something called “enriched cages” for the hens that supply its eggs. These systems are slightly larger than battery cages and allow groups of hens to perch and lay their eggs, which does represent a great improvement in animal welfare. But advocates they still fall short in meeting the animals’ physical or behavioural needs.

“A&W seems to think to think they’re making an immediate improvement to laying hens’ welfare. We appreciate that but those cages aren’t a big improvement,” said Peter Fricker of the Vancouver Humane Society. 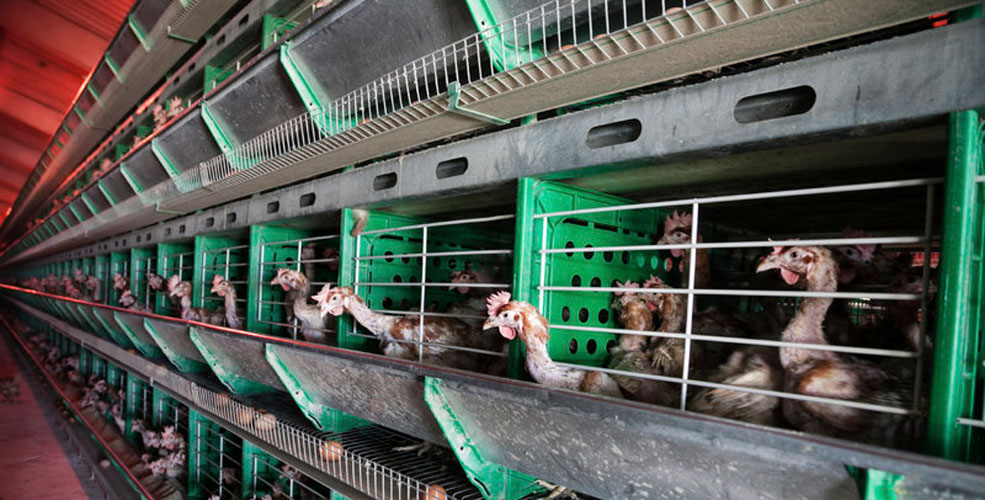 The agency has launched an online petition calling on the fast-food giant to abandon its plans to implement enriched cages and stop using eggs from caged hens altogether.

“A cage is still a cage. But A&W doesn’t get that,” the petition reads.

Fricker is concerned that if A&W forces its suppliers to invest money in these “enriched” cages, it will take them even longer to go cage-free – and millions of birds will suffer during that time.

Think of it this way: animal welfare groups say A&W’s current decision is akin to someone replacing their iPhone 4S with a 5, even though they know the 6S is the best product. Yes, the 4S is technically better, but it’s not nearly as good as the newer model, and you’ll have to upgrade eventually.

A&W Canada President and COO Susan Senecal told Vancity Buzz while other restaurants are only committing to going cage-free in the next 10 years, it is committing to improving animal welfare standards immediately with the larger enriched housing.

“For us, job number one is looking at phasing out battery cages,” she says of the move to enriched housing.

“We thought that was a really great way to take action right away. There’s a significant improvement in the enriched housing and that makes a difference.”

Senecal said while 90% of eggs for other restaurants still come from traditional or battery cages, A&W now sources almost 100% of its eggs from birds in enriched housing.

The company says there currently aren’t enough cage-free eggs available in Canada to meet its current needs, but it’s not ruling out moving to free-run birds in the future. 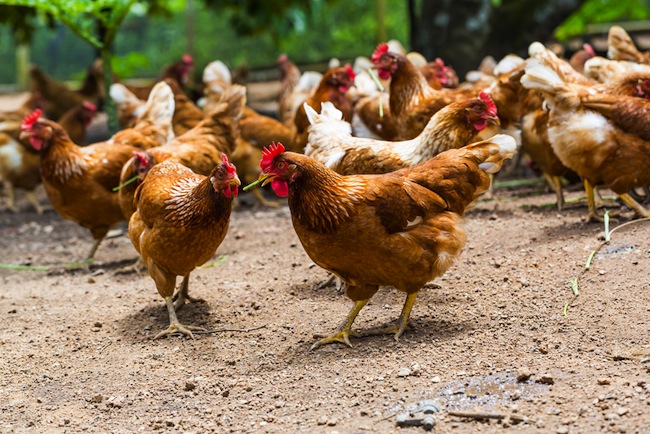 “What we’ve done is taken action today and we continue to be open to what’s out there in the future,” Senecal said. “We’d like to see constant improvements.”

The humane society doesn’t expect A&W to phase out cages overnight. Instead, Fricker says the company could set workable deadlines with its suppliers to make it happen – the way most other fast-food outlets have.

“If you’ve got to go cage free down the road – so why not do it now?” said Fricker.

And listen to Darcy’s Roundhouse Radio chat about the cage-free egg debate.