An epic aviation outreach event to inspire generations of young women is coming to the Fraser Valley. On March 7 to 8, over 10,000 girls and women of all ages and their families will be gathering at the Abbotsford Airport event for Women of Aviation Worldwide Week and International Women’s Day.

They will have the chance to discover and explore aviation and aerospace, and celebrate this year’s award-winning event The Sky’s No Limit – Girls Fly Too!

The impact of the event isn’t intended to last for just the day, but open people’s eyes long-term to the startling facts surrounding women in the field of aerospace.

“Our consensus isn’t that women aren’t welcome, it’s that they just aren’t aware of the industry they could be in,” says B.C. pilot Kirsten Brazier.

“When you see male pilots, male engineers, male mechanics and male astronauts, nobody has the tell women that they can’t do it, because they just assume it’s not for them.”

But this wasn’t always the case. 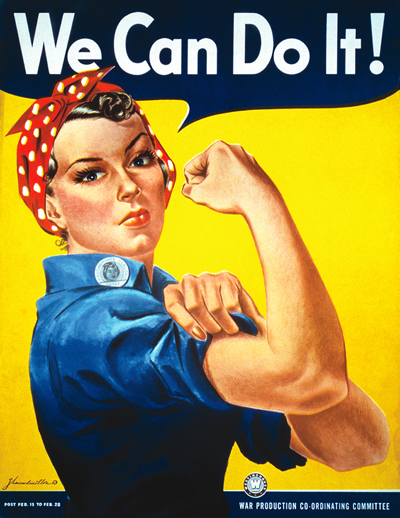 After the Japanese bombing of Pearl Harbor in December 1941, women were recruited to fill the roles generally occupied by men.

By 1945, more than 2.2 million women were working in the war industries. Boeing even had a recruiting campaign to get women into factories, and successfully attracted thousands from across Canada for jobs related to aviation.

Fast-forward to today, and it’s clear that something has happened.

The Sky’s No Limit – Girls Fly Too! event aims to change the perception that aviation and aerospace careers are reserved for men, by welcoming women and girls to the airport and giving them a hands-on introduction.

But can flying for the first time really entice these young girls enough to continue pursuing aviation? 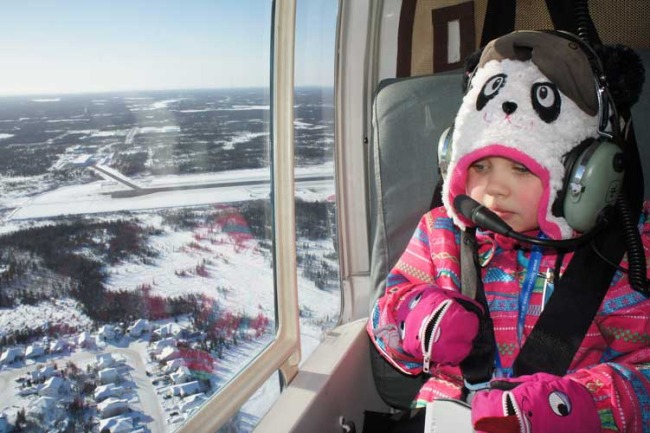 “It got me into it,” says Brazier. “It’s something people don’t get to experience every day, and it doesn’t mean that everyone becomes a pilot after this, but it might just wake them up to take a closer look.”

The first flight experience is an amazing opportunity for young women and girls, and often serves as the catalyst needed to inspire interest in aviation, aerospace and space, whether as a pilot, air traffic controller, aircraft mechanic, or aeronautical engineer.

The sky is the limit when the opportunities are endless.

That’s why one of the most exciting opportunities at the event is a free flight for females who have not flown in a small aircraft before. 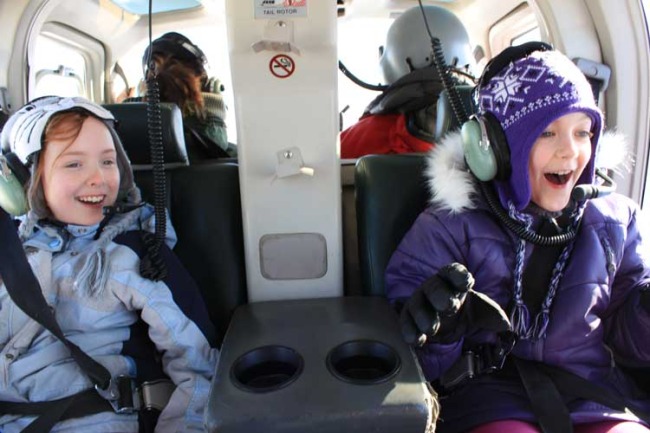 “It’s really miraculous,” says Brazier about flying for the first time, “especially the helicopter, because the wings are turning above your head, and you’re just sitting in a chair and suddenly you’re in the air. You can move sideways and backwards and it’s pretty neat, you have to experience it to understand, that’s why it’s so important.

We aren’t trying to turn out a bunch of pilots; we are trying to create awareness.”

Reminiscent of the women employed at Boeing Canada’s Sea Island aircraft manufacturing facility in the 1940s, participants will have the opportunity to work on a real aircraft and see how aircrafts are built.

They’ll also be able to walk on the moon and explore space with Starlab 2.0, the portable planetarium presented by H.R. MacMillan Space Centre. 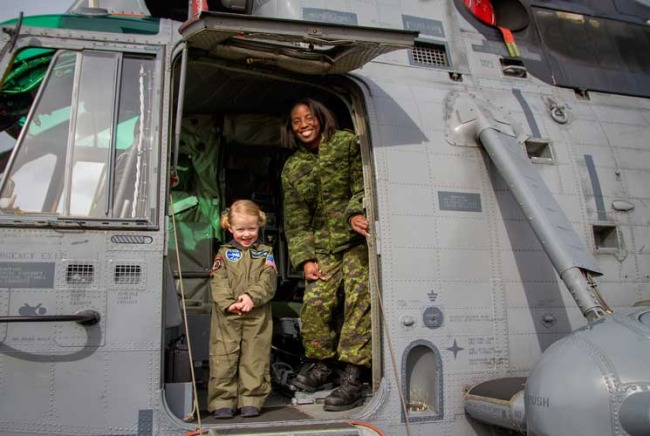 Achieving gender balance is not the only goal. The event is about education as much as it is about inspiring girls and women. Therefore everyone – male and female alike – is encouraged to experience the magic and uniqueness of this event and get involved.

The entire event is open to public, but girls and women of any age who would like to go flying need to pre-register.

They are still looking for volunteers, men and women, young or old, aviation experience or not to help out.

The opening ceremony is Saturday, March 7 at 11 a.m. with Special Guest of Honour: The Honourable Judith Guichon, Lieutenant Governor of British Columbia.