Vancouver’s hot real estate market isn’t showing signs of slowing. January saw year-over-year growth of more than 20 per cent for the Metro region, according to the Canadian Real Estate Association.

That brings the average price of a home in Metro Vancouver to $775,300. 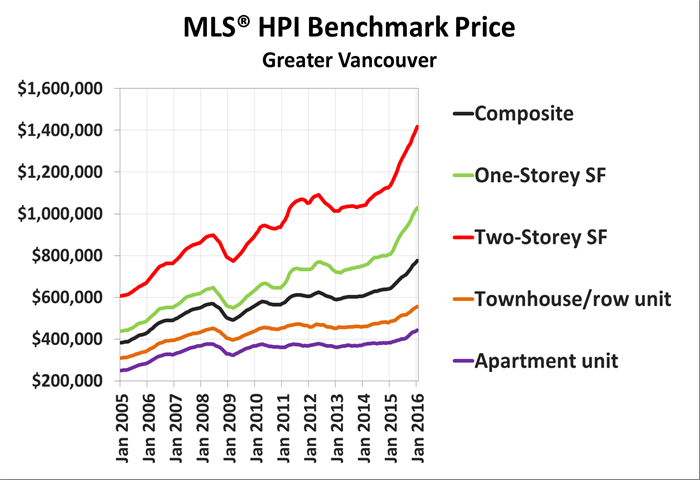 “January 2016 picked up where 2015 left off, with single family homes in the GTA and Greater Vancouver in short supply amid strong demand standing in contrast to sidelined home buyers and ample supply in a number of Alberta housing markets,” said Gregory Klump, CREA’s Chief Economist in a statement.

“Tighter mortgage regulations that take effect in February may shrink the pool of prospective home buyers who qualify for mortgage financing and cause national sales activity to ease in the months ahead.”

New rules for mortgage rates took effect on Tuesday. Canadians are now required to put down a minimum of 5 per cent for the first $500,000 and 10 per cent for every dollar amount after that.

Two-storey single family homes posted the largest year-over-year gains nationally of nearly 10 per cent, followed by one-storey homes at 6.9 per cent, townhouses at 6.5 per cent and apartments at 5.2 per cent.

In stark contrast to Vancouver and Toronto’s housing markets, average home prices in Calgary saw a decline of three per cent year-over-year.

Nationally, the number of newly listed homes in January fell five per cent compared to December, and Canada’s largest housing markets such as Vancouver, Toronto, Montreal, Calgary, and Edmonton were to blame. 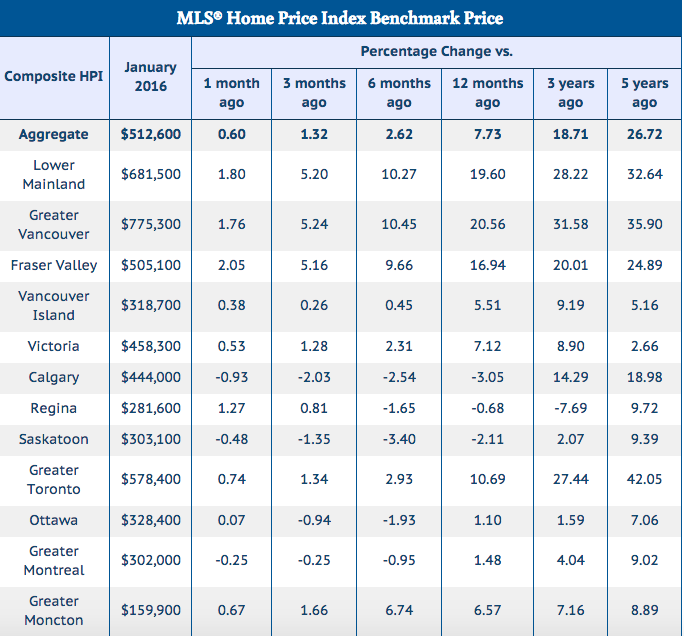