There are no signs of slowing down the ultra-hot Canadian rental market.

Although some prices are declining, one-bedroom rental costs for the top 10 cities have all risen above $1000 for the first time ever, according to the latest report by PadMapper.

Vancouver and Toronto continue their hot streak and remain the top two cities with the most expensive rental markets in Canada.

While the median rent for one-bedrooms declined by 4.8% in Vancouver, the city remains the most expensive in Canada to rent in at $1,990. Two bedrooms also took a small dip and are now renting at $3,200. 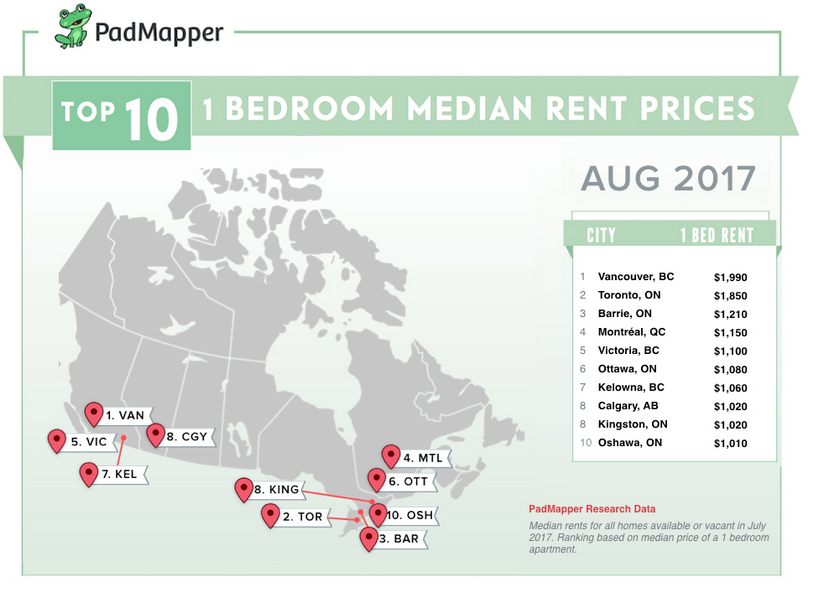 Meanwhile, Montreal remained in fourth place, even with its lower rentals for one bedrooms this month. Rent in the popular Quebec city has dropped by 0.9% to $1,150, but two bedrooms did jump up by 2.7% to $2,430.

And back in BC, Victoria remains in fifth place with its median one bedroom costs decreasing by 1.8% to $1,100, and two bedrooms growing significantly by 5% and hiking up to $1,480.

In central Canada, Saskatoon dropped three spots thanks to a 5.4% and 4.6% decrease in prices for one and two bedrooms, respectively. One bedrooms there now sit at $870 (!!) and two bedrooms rent for $1,030.

Calgary also saw a drop, experiencing a 4.7% decline in one bedroom rental costs. The Alberta city’s one bedrooms are down to $1,020, while two bedrooms remain unchanged at $1,300.

The cheapest city to rent on the list is still Quebec’s Saguenay, which has one bedrooms at $620… aka the price of a few avo and toast brunches in Vancouver. 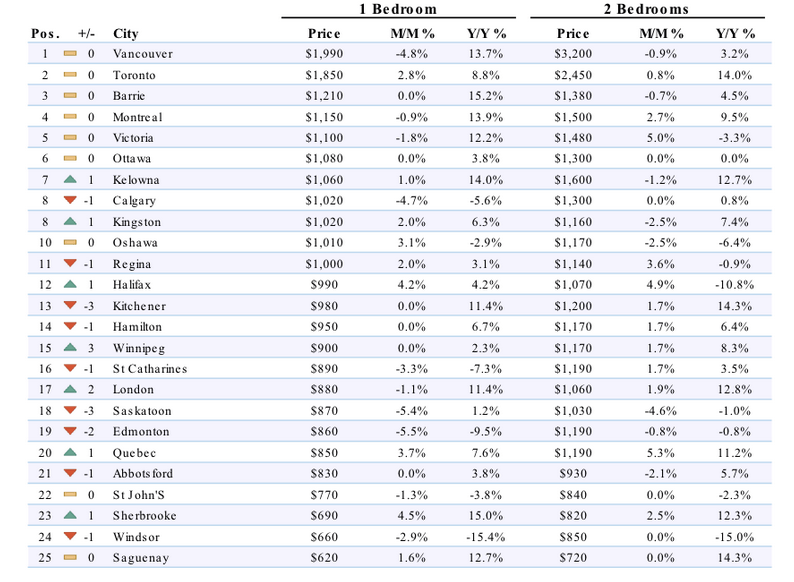