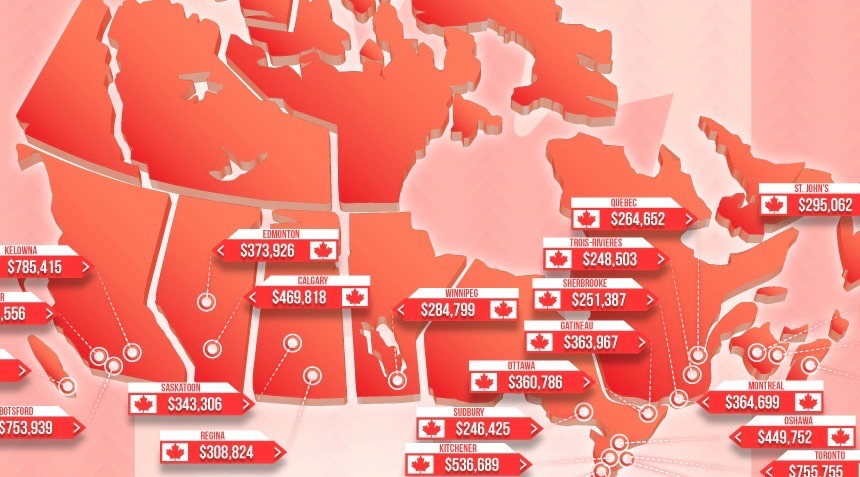 After the US election last week, a lot of Americans started thinking about packing up and moving north.

So much so that they crashed the Canadian immigration website.

Well, that got RentSeeker.ca – Canada’s largest real estate search website and apartment finder – thinking about what it actually costs to live in Canada. More specifically, what the average house costs in every major Canadian city and therefore how much your annual household income needs to be to buy one of those houses*.

Keep in mind that Donald Trump’s presidency will likely drive these prices even higher.

A few interesting (and expected) takeaways from the info below: 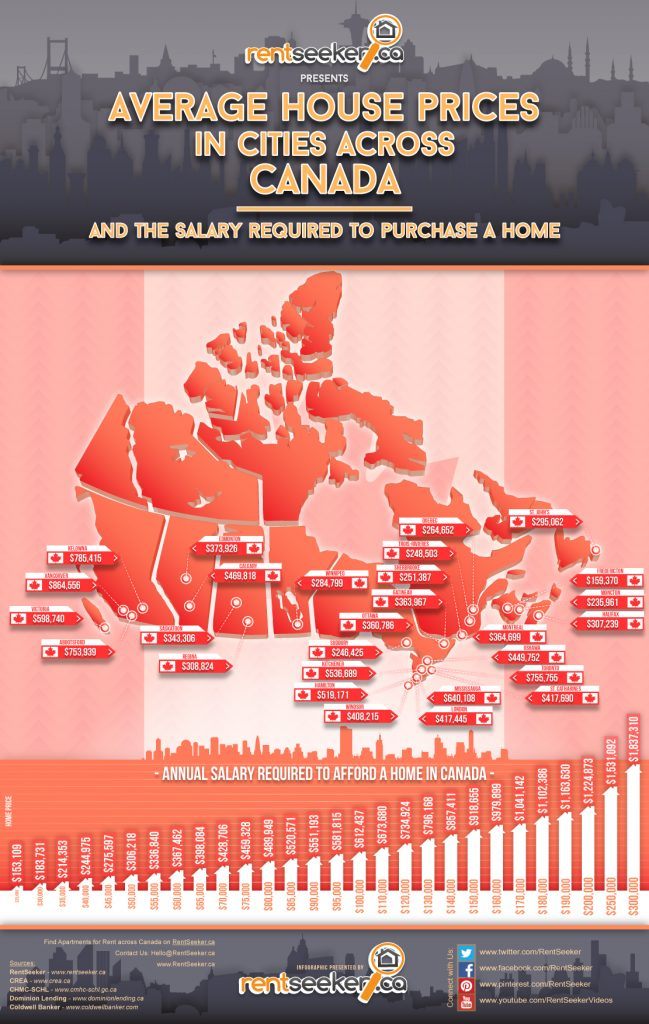 *Based the downpayment on 20% downpayment using CMHC requirement for minimum down payment for no mortgage insurance. The housing prices were based on CREA (Canadian Real Estate Association) and CMHC data.