The process to go through U.S. customs at the Canada Place cruise ship terminal in downtown Vancouver has become more quick and efficient with the help of a high-tech solution already adopted at Vancouver International Airport.

Each machine is able to process passengers at rates four times faster – an average of 160 people per hour whereas the previous method requiring customs officials can process about 40 people per hour.

“Vancouver is the largest home port in Canada, handling one-third of the country’s cruise ship passengers,” said Peter Xotta, Vice President of Planning and Operations at Port Metro Vancouver. “On a peak vessel day, we can have up to 20,000 passengers either coming or going through the facility.

“About 70 per cent of the passengers who come through the facility are destined for or coming from the United States. So efficiently processing those folks is a big part of what keeps us as an award-winning cruise facility operation.”

The BorderXpress machines were first developed by an independent unit within Vancouver Airport Authority as an alternative solution to adding manned-booths in the customs hall. Since the first installation at YVR in 2009, the kiosks can now be found at 19 other North American airports.

“The primary reason [for the machines] is to provide a better level of customer service and reduce the lineups,” said Tony Gugliotta, Senior Vice President of Business Development for YVR. “But what the machine does also is takes care of the administrative process of customs. It allows the customs officer to focus on the job they are supposed to do which is assessing each person and determining whether they are adequate to be admitted to the country.”

“It is not intended to replace customs officers, it is to enhance the job they are doing.”

The kiosk project cost $500,000 and is part of a number of cruise ship terminal upgrades coming to Canada Place over the next year. The passenger handling areas are being reconfigured and elevators and escalators are being constructed to bring people up and down from the convention halls above, which is now being used as an expanded staging area for passengers.

With 800,000 passengers on 227 visits by 32 vessels scheduled to pass through Canada Place, another strong cruise season on par with previous years is expected. 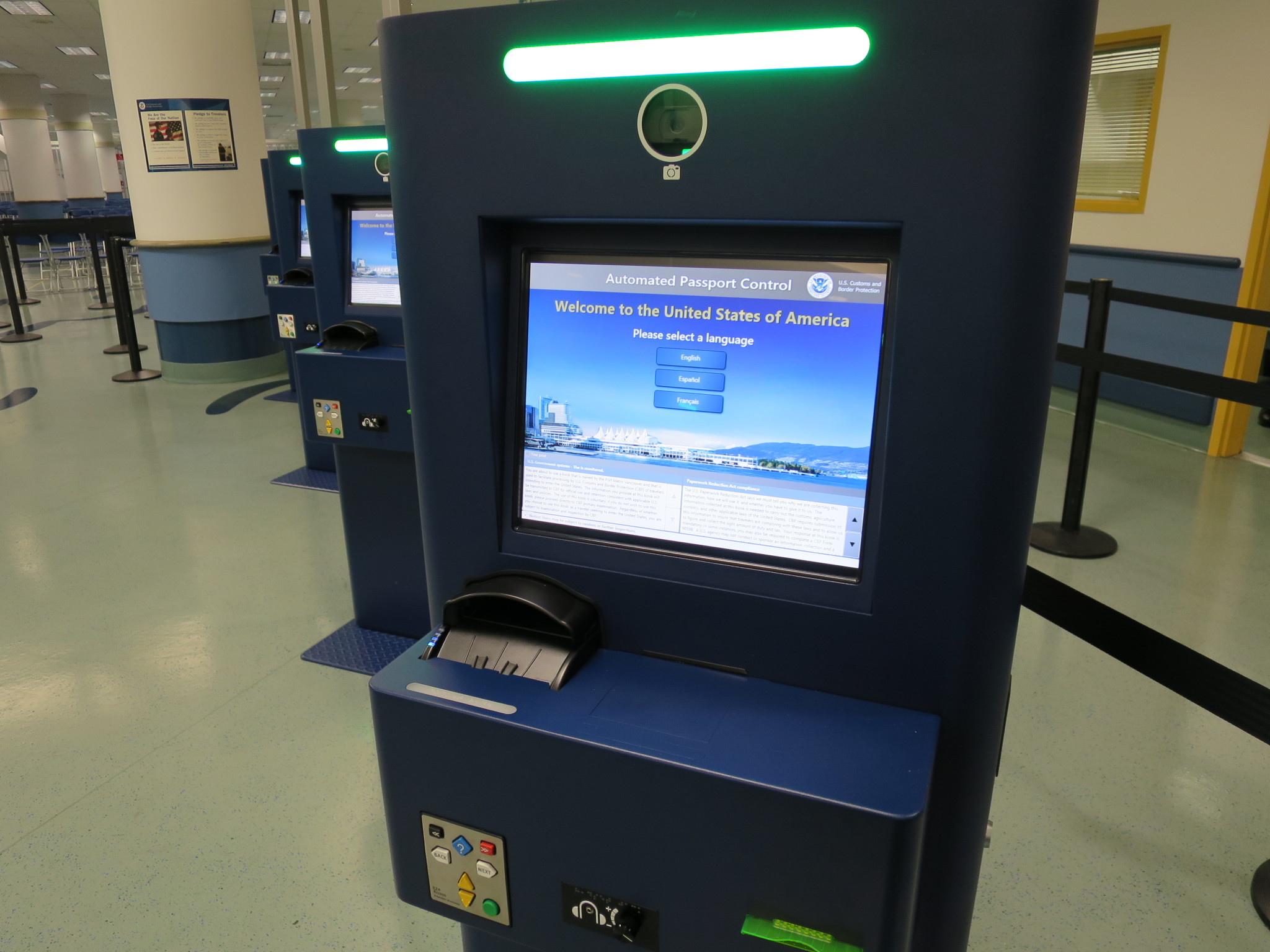