Les Misérables has it all — history, passion, love, death and hit after throbbing hit. But how well do all those super-sized emotions translate into the pocket-sized Stanley Industrial Alliance Stage (Stanley Theatre)? Here’s a review of this production of Les Mis through eight of the most memorable songs from Alain Boublil and Claude-Michel Schönberg’s musical setting of the Victor Hugo’s masterpiece.

Can you hear the people sing

Usually, a chorus is mere backdrop, but director Bill Millerd’s chorus was so hot it bested many of the leads. Their rousing “At The End of the Day” showed off the chorus’ impeccable diction, a feat even with such small numbers, and doubly so at the breakneck tempos of this production.

Kieran Martin Murphy (Valjean) may have overreached himself vocally (on both ends), but his command of gentler ballads, such as “Bring him Home” and “Who Am I?”, was very compelling for positioning Valjean as the primary source of good in the drama. 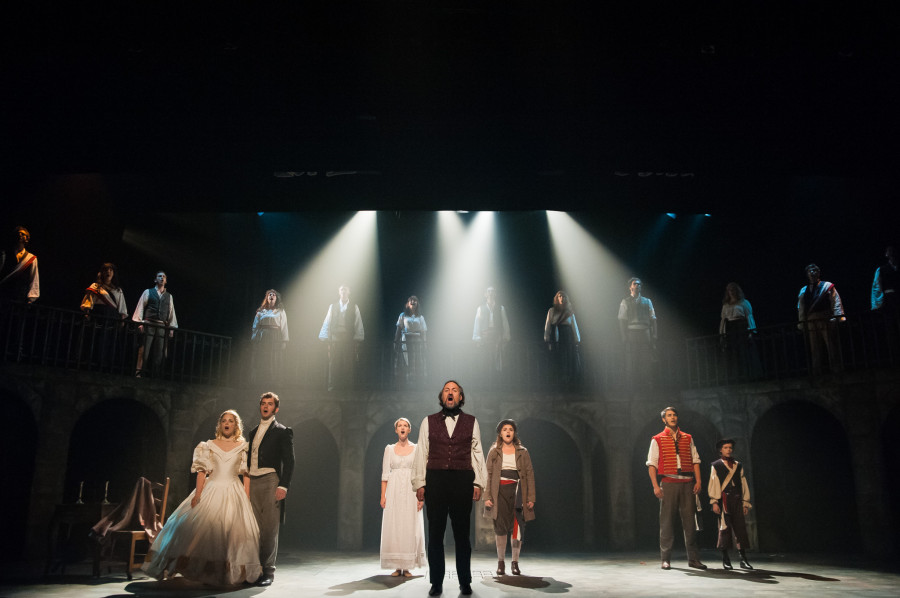 Warren Kimmel (Javert) was one the best casting choices for this production. The evil Javert character can be annoyingly two dimensional, but Kimmel’s formidable stage presence provided enough complexity to propel the action­ — as well as his own transformation — to its inevitable conclusion. What a cruel irony though that his Act II soliloquy nearly fell victim to low-budget special effects.

I dreamed a dream

To be fair, Rebecca Talbot (Fantine) was best in her ghostly return in the closing minutes of the show, because her key songs at the beginning were disappointing — pitchy, pitchy and pitchy verging on just plain flat. Where intimacy worked elsewhere in the production, Talbot seemed to sleepwalk through her cues, substituting flat melodrama for the poignant tragedy that this role needs. 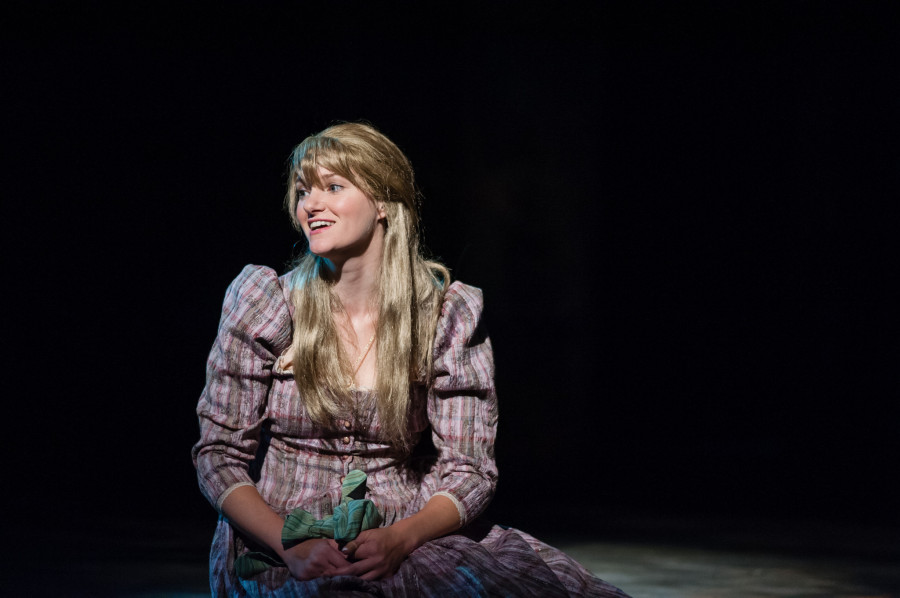 Master of the house

Where Talbot struggled with pitch, Andrew Wheeler (Thénardier) stretched rhythmic freedom to the snapping point. Fortunately, Nicola Lipman (Madame Thénardier) had comic timing in spades, and thus both were able to sell all their appearances as solid good fun. 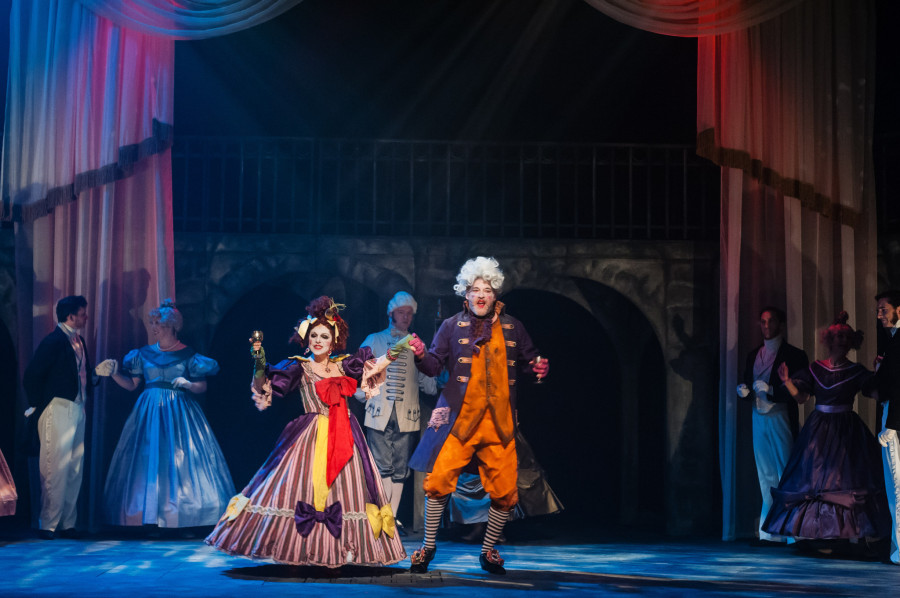 Sayer Roberts is arguably the best voice in the cast. As Marius, his heart-rending “Empty Chairs at Empty Tables”, a lament for his co-revolutionaries, blended authenticity of emotion with killer musical pipes. His voice was rich throughout its range, and its vibrato was always tasteful.

Kaylee Harwood is a perfect Cosette both for her crystalline voice and her chaste beauty. Harwood sailed through the high notes of “In My Life” with celestial grace. This would also be a good time for a shout out to costume designer Alison Green, whose beautiful and well-researched designs culminated with the stunning gowns worn by Harwood. 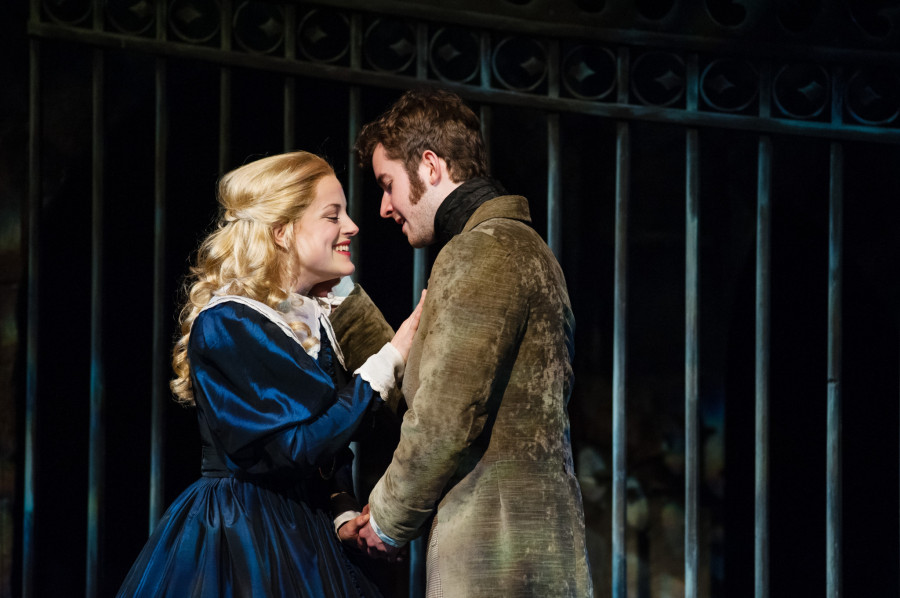 Jennie Neumann’s Éponine seemed to instinctively understand the superficiality of her character (she single-mindedly wants Marius but he loves Colette), so Neumann opted to supplement the role with a bit of imperfect mischief. Instead of merely rising in dramatic intensity, the climax of “On my Own” resolved in a coarse shout, only to close with a coo of such contrast that it brought down the dumbstruck house. 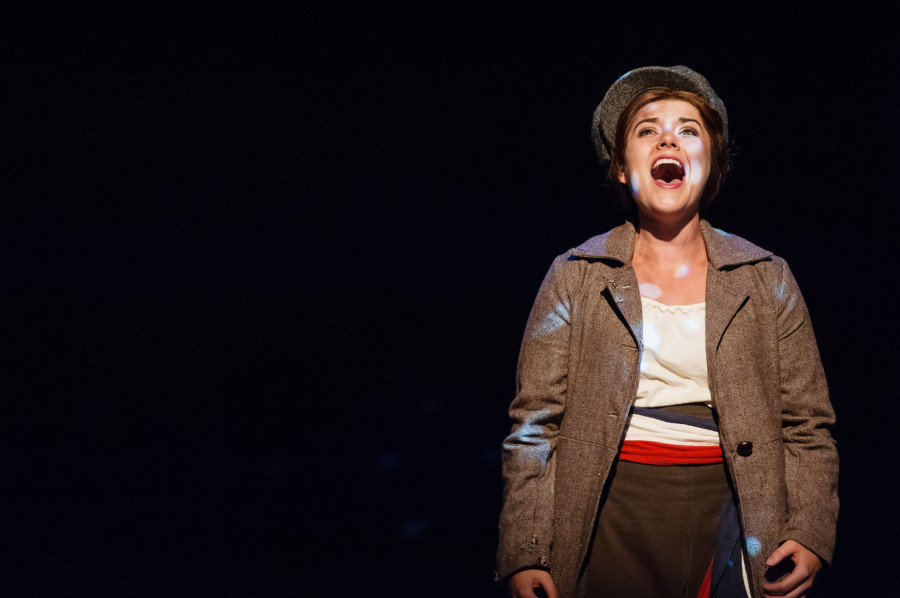 There are some other great shout outs for this pint-sized production of Les Miz — the impish wonder of Cameron Andres’s Gavroche, the agile physicality (both vocal and physical) of Stuart Barkley’s Enjolras and great cameos from charismatic chorus members such as Jacob Woike, but what this production proved most effectively is that large passions can indeed triumph even through a small aperture. Arts Club’s Les Misérables proves small need never mean wretched.