Vancouver resident Sola Fiedler says she imagines herself “in a helicopter or as an eagle” flying over the city to get the feel of what the landscape should look like in her creation.

Fiedler began in May 2009, and now her hard work is ready to be displayed for her fellow Vancouverites to admire.

Ultimately, Fiedler says she’d love to have the tapestry displayed permanently where everyone can see it, and she is seeking a buyer who would be willing to do so.

Measuring 11.6’ x 5.3’, the tapestry uses yarn from recycled sweaters. Fiedler is known for making detailed tapestries of cities, most notably those that have hosted the Olympics, including Sydney, Australia, and Salt Lake City, Utah. 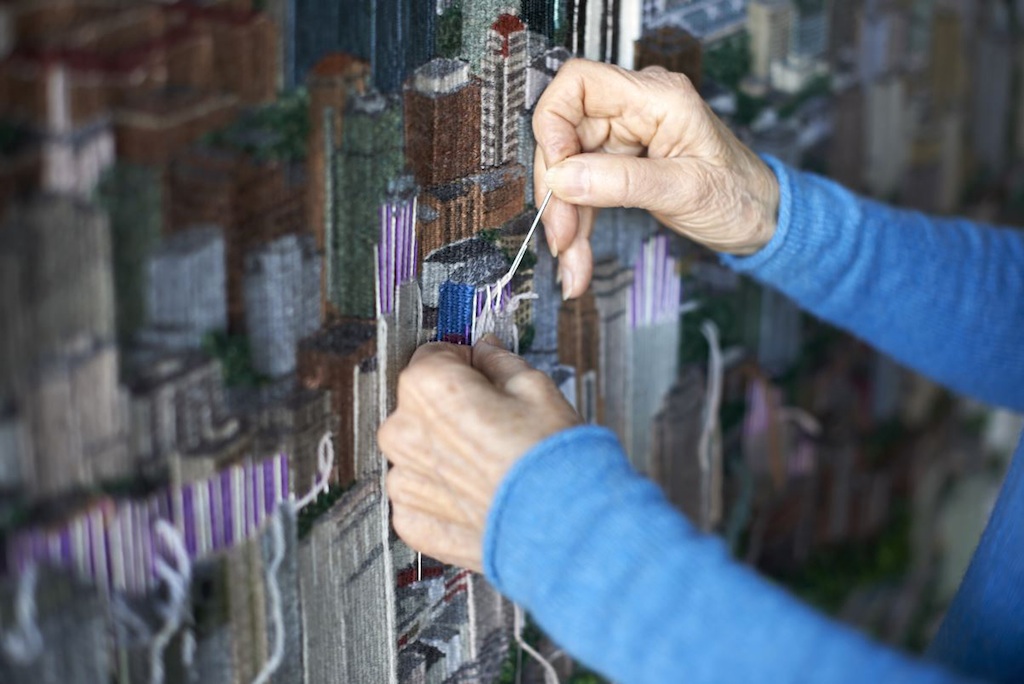