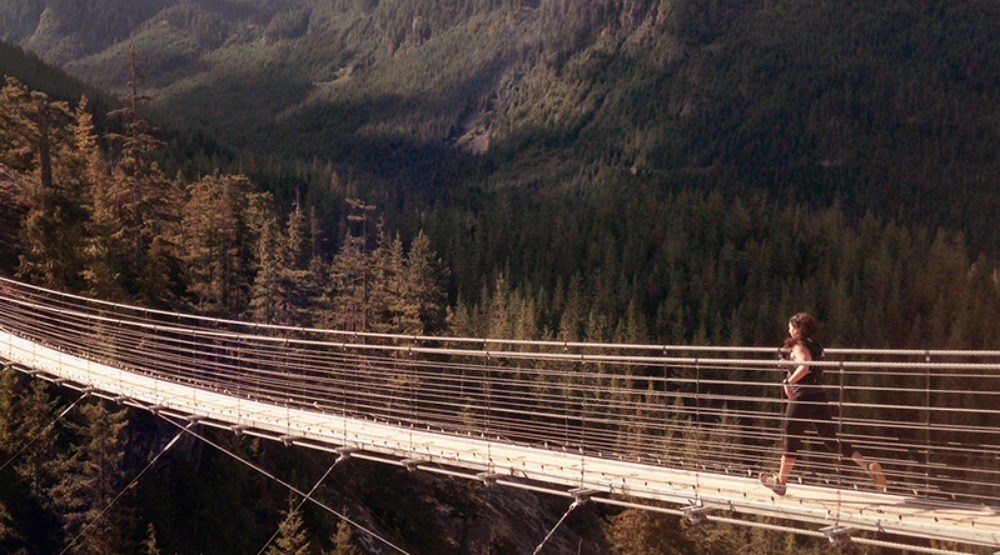 Although it’s most commonly associated with older people, it can happen to anyone at any point in their life, regardless of age. In fact, almost 60% of all people living with arthritis are of working age between 15 and 65.

And while the disease can be debilitating, early diagnosis and treatment can stop and in some cases even reverse progression.

Thankfully, ‘The Walk to Fight Arthritis’ is taking place on June 4 in BC and it will help raise funds to research, help, and improve treatments for the disease. The event is taking place here in Vancouver, as well as Victoria, Kelowna, Prince George, Trail, and Parksville.

Currently, the Arthritis Society is the only non-governmental funder of arthritis research in Canada. But since the organization was founded in BC, an excess of $185 million has been raised for research.

In light of the upcoming Walk to Fight Arthritis, Daily Hive interviewed Adrienne Dalla-Longa to hear her story.

Contrary to the belief that older people get arthritis, Dalla-Longa was diagnosed with juvenile ideopathic arthritis (JIA) at the young age of four.

“I was told that I had been a very finicky baby, and never seemed to be able to get comfortable. It all made sense when I was diagnosed with JIA as a toddler. Before the doctors identified the cause of my discomfort as arthritis, I had been forced to live through rigorous testing and the flares of painful, swollen joints. Once I received my diagnosis, I proceeded to undergo treatment for pain management only. This treatment plan meant that I had limited mobility, and my disease was still progressing.”

While other children were out having fun and doing sports at school, Dalla-Longa had a different experience as her entire life was impacted due to her JIA.

“By age twelve, my pain forced me to wear ankle, knee and wrist braces to make simple outings tolerable. In elementary school, I was prevented from fully participating in many activities, including physical education. This experience resulted in me being bullied by my peers, who did not understand why I was unable to participate in sports.

“At age fourteen, I underwent painful surgery for the correction of my fused joints, and due to the high risk of infection I was not able to leave my house during the six week recovery period. Growing up, I described the daily pain and discomfort I endured as my ‘normal,’ as I didn’t know a different existence.”

For Dalla-Longa, she found strength through her mom, Veronica, who always told her she would be able to achieve her goals. As her biggest cheerleader, Veronica made sure she had opportunities to be active in a way that my body could tolerate.

“Fortunately, a move to Ottawa meant that I was now going to be under the care of Dr. David Hawkins, who, during that time, took an aggressive approach in treating the root cause of my JIA and not just the pain. I was put on a heavy dose of Methotrexate and that is when things began to change. After years of painful and unsuccessful treatments, one finally seemed to be working.

“I sought the assistance of a personal trainer to help with strength conditioning. When my trainer suggested that I try running, it surprised everyone when I said “yes”. Starting with just one kilometre and building from there, it was as if my physical body and active mind were finally in sync; it clicked and I was hooked instantly.”

Running became a passion for Dalla-Longa and since then she has ran a series of marathons including the Victoria Half Marathon, the Whistler Half Marathon, and now she is even training for the New York City Marathon.

“Being accepted for this monumental race made me realize just how far I have come since my diagnosis over 23 years ago. My training has increased dramatically in preparation for the NYC marathon, and now includes five runs per week, with the focus alternating between speed, distance and hills. And some days are better than others.

“I am honoured to be an Arthritis Ambassador, and to be the featured speaker for the upcoming Walk to Fight Arthritis in Vancouver. More information and education is needed so that early detection is possible. Early treatments and interventions can dramatically affect the trajectory of the disease. Join me at the Walk to Fight Arthritis on June 4,” added Dalla-Longa.

When: June 4, 10 am
Where: 1 Athletes Way
Price: Register or donate online