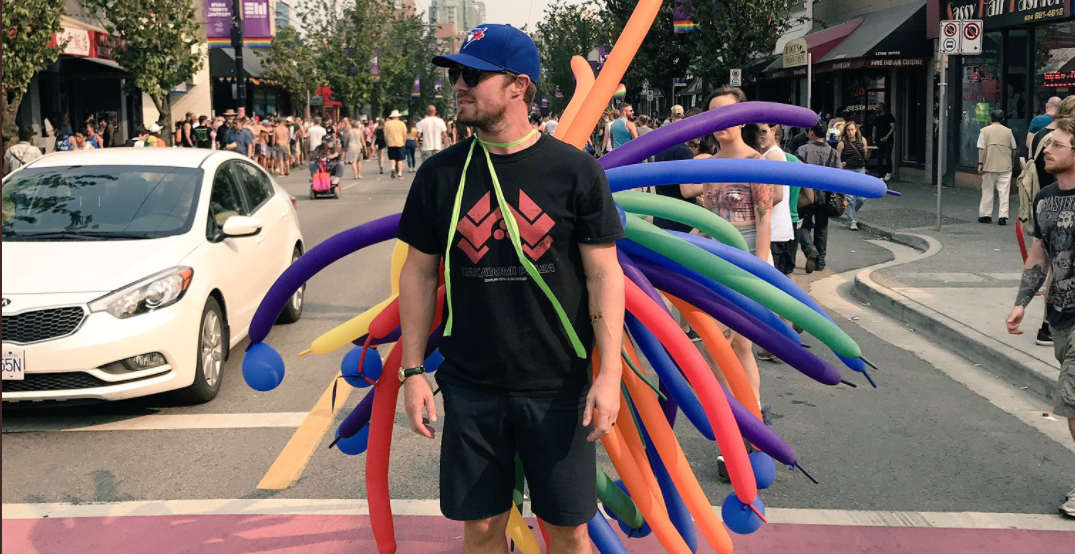 After five seasons (and counting) of shooting the hit superhero show here, Arrow star Stephen Amell is no stranger to life in Van City.

So it was no surprise to see the 36-year-old Canadian actor join the rest of Vancouver to celebrate this weekend’s Pride festivities.

Amell took to social media to post photos of himself and his wife enjoying the annual parade.

I'm following this guy to the end of the parade and taking his balloon wings. Hopefully he watches Arrow. pic.twitter.com/b9iDtVPjDD

Not the same balloons, but I'm going to go ahead and put this in the win column. pic.twitter.com/7ZDZuxcClA

However while many fans responded positively to his posts, some weren’t so happy with his decision to support the event.

The actor decided to tackle the haters head on however, and took to his Facebook page to respond to the criticism.

“So I’m scrolling through my page this morning and I was really taken aback by some of the back and forth commentary after I posted two photos from the Pride Parade / Festivities yesterday in Vancouver,” he wrote.

“The vast majority were positive, but a laughable amount were negative. I had a fantastic weekend in Vancouver with my wife and friends, met some terrific people and more than anything just tried to soak in all the positive energy from people living their best lives.”

The actor also promised to walk in the parade if he was still in town shooting in 2018:

“If I’m in Vancouver next year I won’t just go back, I’ll walk in the parade,” Amell pledged. “So for everyone in their negative pants: Go be on the wrong side of history on somebody else’s Facebook page. xo”