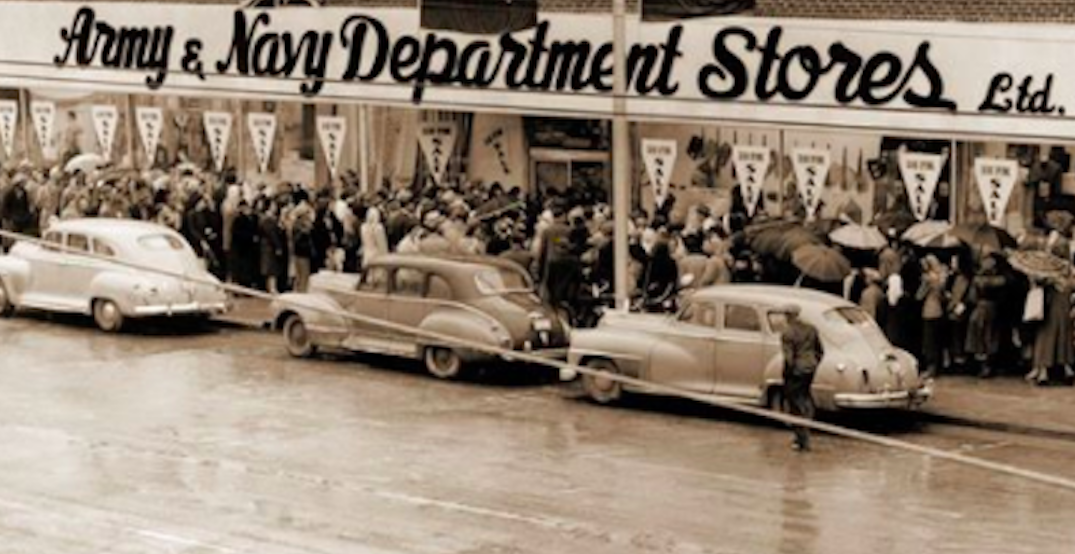 After announcing earlier this month that they’re closing for good, Army & Navy is now planning to hold one final massive liquidation sale in their New Westminster and Calgary locations.

The 101-year reign of this department store comes to a close as CEO Jacqui Cohen said in the announcement earlier this month that “the economic challenges of COVID-19 have proved unsurmountable.”

According to the Army & Navy website, Samuel “Sam” Cohen, founder of the brand, opened his first store on Hastings Street in Vancouver in 1919 and sold military surplus goods. From there, he grew it into Canada’s first discount department store chain with nine stores and a mail-order business in Western Canada.

Now, the company’s final sale will include up to 40% off the entire store and will run seven days a week from 10 am to 6 pm, beginning on June 4 onwards, according to their Facebook page.

More details are expected to be announced soon.