On Saturday May 4th, 2013, the world’s number one DJ, Armin Van Buuren graced the decks at the Vancouver Convention Center, casting an EDM-hazed spell across the crowd and through the city. A flood of EDM fans took to the dance floor in preparation for a night that would become one they wouldn’t forget.

Since his last appearance in Vancouver at the incredibly popular Seasons Festival presented by Blueprints Events, Van Buuren has taken over the world with his “A State of Trance” Radio Show hitting 600 episodes, prompting a global celebration in major cities like New York, Den Bosch, and Sao Paulo, and worldwide. He’s been busy in the studio as well, having just released his latest album titled “Intense”, and thankfully Vancouver was on the list of cities in which Van Buuren would get to launch his newest album. 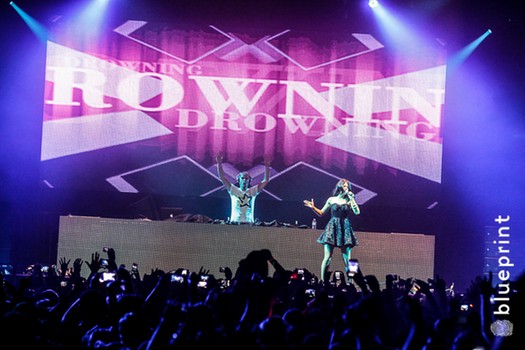 Opening DJs for Armin Van Buuren included an array of EDM talent, including DJ Antillas, John Dahlback, Audien, and local DJ duo Project 46. Highlights from opening acts included Antillas dropping the ever popular “Concrete Angel” by Gareth Emery, Project 46 playing their latest collaboration with Kaskade titled “Last Chance”, and John Dahlback looping vocal mashups like Calvin Harris “Sweet Nothing” to the Bingo Players’ “Rattle”. As Dahlback closed his set, anticipation was as high as ever for Van Buuren to make his arrival to the decks.

Opening with an emotional extended introduction of his staple track “Intense”, Van Buuren’s set started with sounds of the violin, but soon jolted into the first few beats of the title track, in which Van Buuren emerged, looking ready to get the crowd going.

Throughout the night, fans were treated to heavy electro-inspired bass lines and signature tunes that either had you singing along or dancing with excitement. Van Buuren’s set included electro-hits like “D# Fat” in collaboration with W & W, his tracks “We Are Here To Make Some Noise” and “I’ll Listen”, and a classic flashback to his 2005 hit track “Shivers” featuring vocalist Susana. 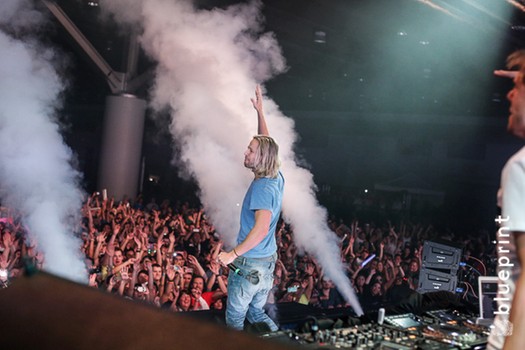 One of my favorite moments included the live performance of “Sun and Moon” sung by Richard Bedford, which of course prompted a sing-along session with the entire crowd. Other highlights included Van Buuren dropping classics like “Not Giving Up on Love” and a live performance of Fiora singing their 2010 collaboration “Breathe In Deep”.

As the night wore on, Van Buuren’s set stepped it up a notch into 138 BPM (beats per minute) territory, sparking the powerful track “Who’s Afraid of 138” to explode through the speakers. Other 138 BPM tunes included a heavy-hitting remix of Shogun’s “Skyfire” and the driving track “Violetta” by Orjan Nilsen.

The finale of his set was an encore performance by Vancouver native Trevor Guthrie of their track “This is What it Feels Like”, followed by finale bows and hugs between Armin and his fellow vocalists who joined him onstage. 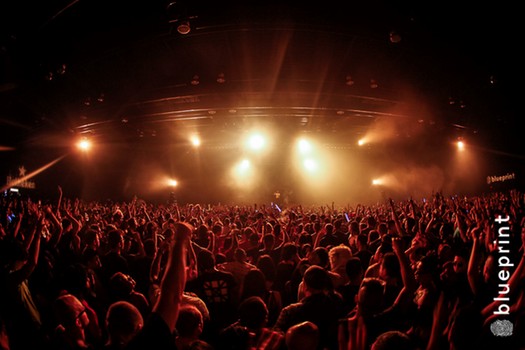 Overall, whether you love his older productions, or enjoy his new-age electro grooves, Armin Van Buuren’s set engages music lovers from any end of the EDM spectrum. His passion on stage was continual throughout his 3-hour performance, and the accompanying blasts of confetti and laser lights complemented the atmosphere of the jam-packed venue. At the end of the night, when getting feedback about the show, fans could only describe their experience with a few words: intense, memorable, and unique. 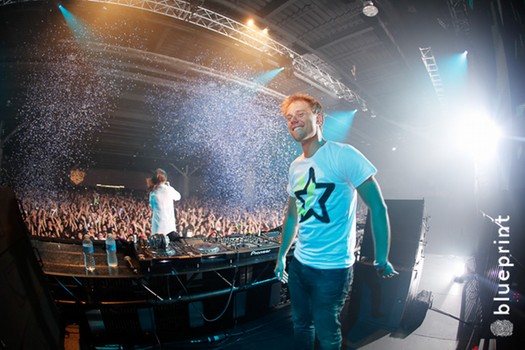