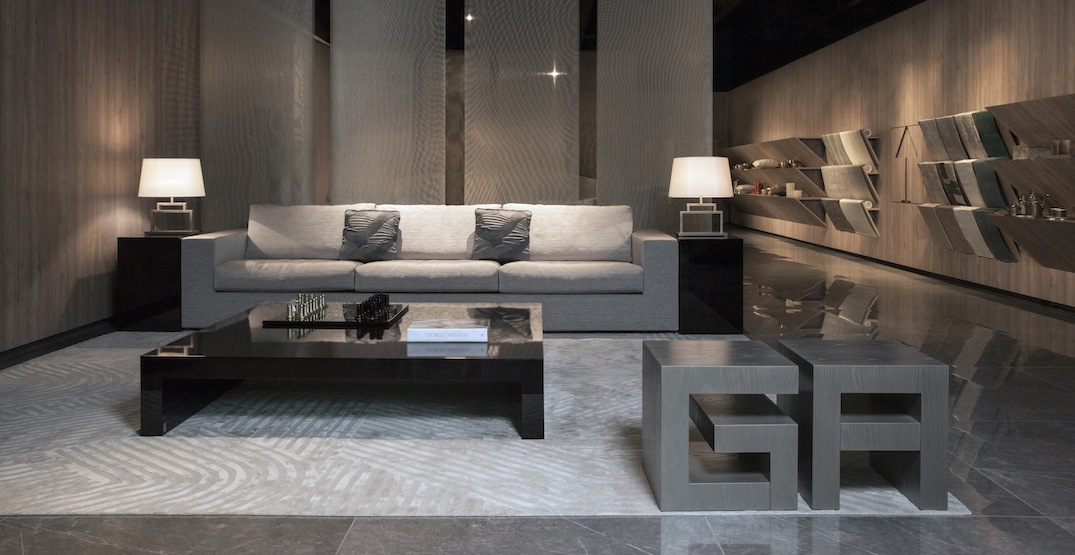 The location at 1656 West 2nd Avenue, near the south end of the Granville Bridge in the Fairview area, a 1,500-sq-ft store and showroom, had its grand opening recently.

“Designed and created by the Armani/Casa team, the showroom features both day and night zones, defined by double sheets of fine, platinum-coloured metal mesh spanning the entire height of the walls. Tables and displays boast a dynamic and streamlined design, underlining the sense of a constantly evolving project, a living environment, and bold creativity,” reads a release.

“The dominant colour in the space is a soft and stylish platinum, contrasted here and there with the red and bottle green tones of objects and accessories. Both elegant and fluid, the general effect is the luxurious freshness characteristic of the Armani and Armani/Casa brands.”

Armani/Casa was founded by Armani in 2000, and it now has 41 stores in 29 countries, with prominent locations in Milan, Paris, London, New York, Los Angeles, Miami, Tokyo, Shanghai, and Beijing.