There were a crush of man buns at the Commodore Ballroom Monday night as roughly 1,000 hipsters packed the venue for a concert by Canadian rockers Arkells.

Frontman Max Kerman was ecstatic about his return to the Granville Street concert hall, located just a few blocks from the Penthouse Night Club where Arkells made their Vancouver debut in 2008.

“We’re back at the legendary Commodore Ballroom!” Kerman screamed. “I wanna feel the floor shaking underneath us, okay? I wanna say something right now – if you’re not sore tomorrow morning, you haven’t done your job. If you’re not dancing, you’re not romancing, Vancouver.” 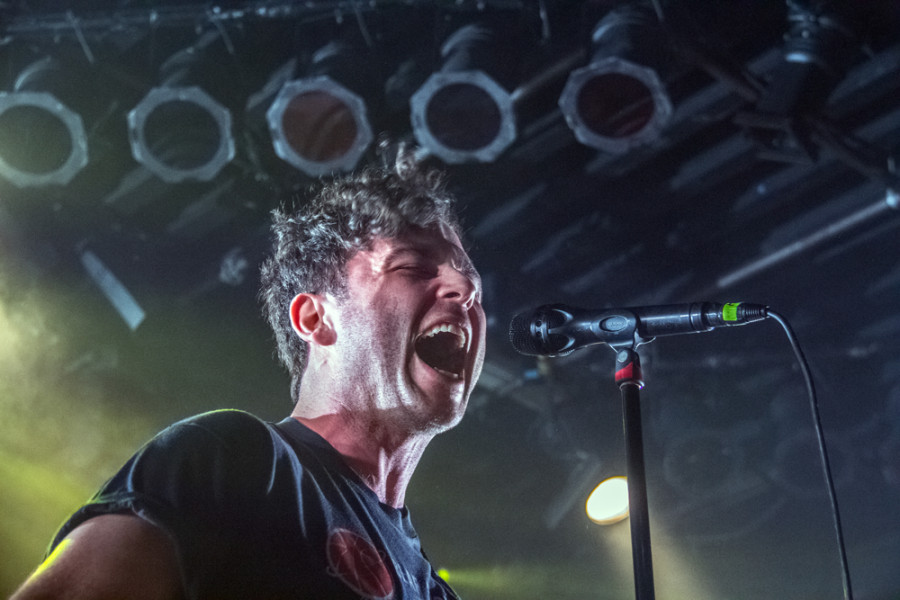 And dance we did – Arkells got the party started at 10:15 p.m. and didn’t quit until well past midnight. The Hamilton, Ontario band tore through big shiny tunes like “Oh, The Boss Is Coming!” and “John Lennon” as the crowd turned the Commodore into a giant mosh pit.

“Who made plans to call in sick tomorrow morning?” Kerman asked to unanimous cheers.

The band is on the road promoting 2014’s “High Noon,” which took home the coveted “Best Rock Album” trophy at last year’s JUNO Awards ceremony. The Canadian leg of the tour wraps up tonight with a second sold-out Vancouver show before the guys head to the U.S. in March.

“[On this tour], we’ve gone from Halifax to Vancouver… we were passing through time zones… I can’t tell you what time it is right now, but I’ll tell ya – somewhere on this planet, it’s 11:11,” Kerman said before guitarist Mike DeAngelis launched into High Noon’s “11:11.” For the record, the band started playing the track at exactly 10:32 p.m.

That being said, it kind of smelled more like 4:20 in the room at that point in the show. 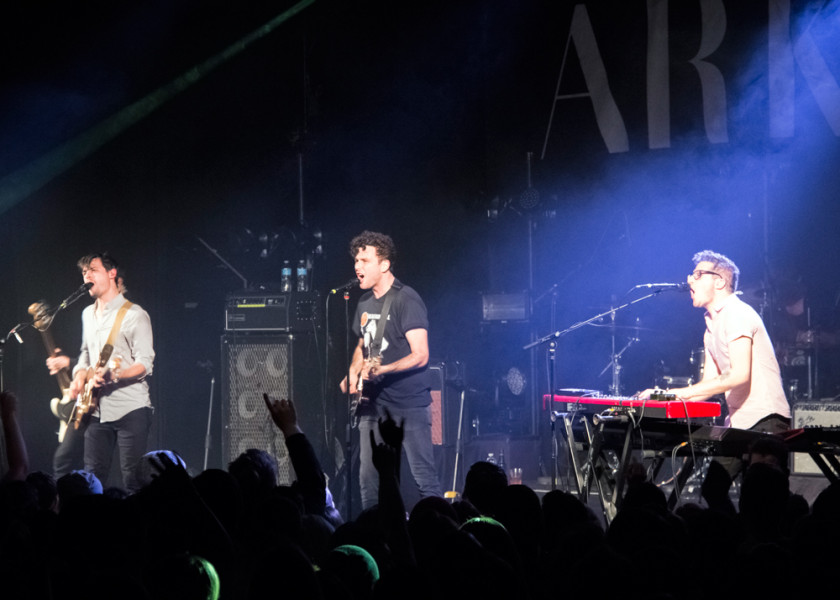 In addition to playing hits from their first three albums (“Never Thought That This Would Happen” was a big crowd-pleaser), Arkells paid tribute to other musical acts during the two-hour show. The band mashed up their own “Michigan Left” with the chorus from Curtis Mayfield’s “People Get Ready” and later borrowed a couple of lines from Justin Bieber’s “Sorry” during “Abigail.”

Kerman said he was reminded of “Abigail” when he first heard the Bieber track on the radio. “That’s gotta be a cousin of one of our songs… maybe a nephew,” he told us.

Arkells also performed an impromptu medley of Billy Joel hits during the bridge of “Pullin’ Punches.” Keyboardist Anthony Carone is a big fan of the Piano Man and got the idea to cover Joel during the band’s trek to Vancouver over the weekend.

“Anthony was in the passenger seat… scanning and scanning (radio stations), looking for Billy Joel,” Kerman explained. “It might have been the best day of Tony’s life – he found five Billy Joel songs on the radio. I said ‘Anthony, I bet you can’t even play three Billy Joel songs’ and he said ‘try me – I’ll do it at the show tonight’.”

Kerman dedicated the Billy Joel hit “Uptown Girl” to “all the stuck up girls that go to UBC. Especially the ones that come from Ontario – they’re the worst.” 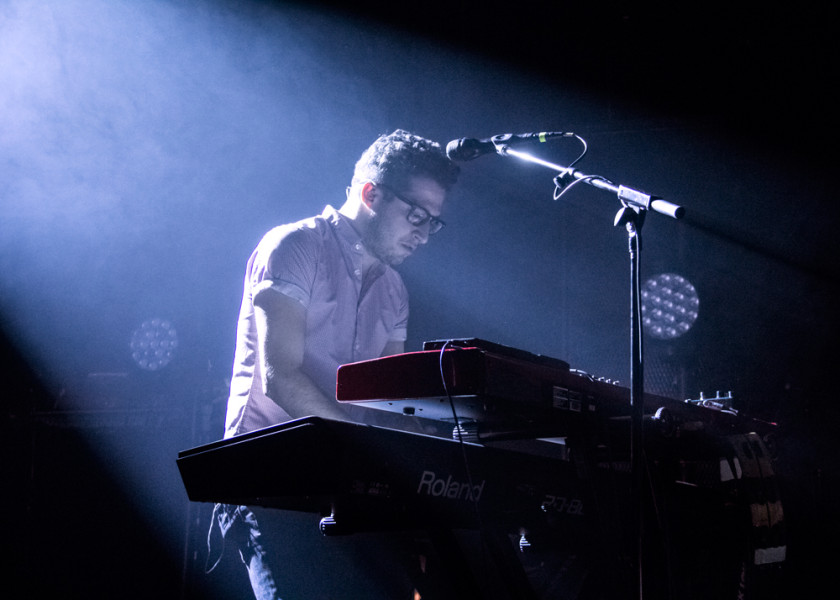 Arkells wrapped up night one with an acoustic version of “Coffee” performed at the venue’s soundboard before returning to the stage for a couple of surprise all-star jams.

“One of my favorite bands is Vancouver’s own Said The Whale,” Kerman told us before bringing Said The Whale’s Tyler Bancroft onstage for a rocking version of “I Love You.”

The band then invited opening acts Dreamers and Modern Space to the stage for a giant sing-a-long of George Harrison’s “I’ve Got My Mind Set On You” before closing the show with “Leather Jacket,” Arkells’ first number one single. 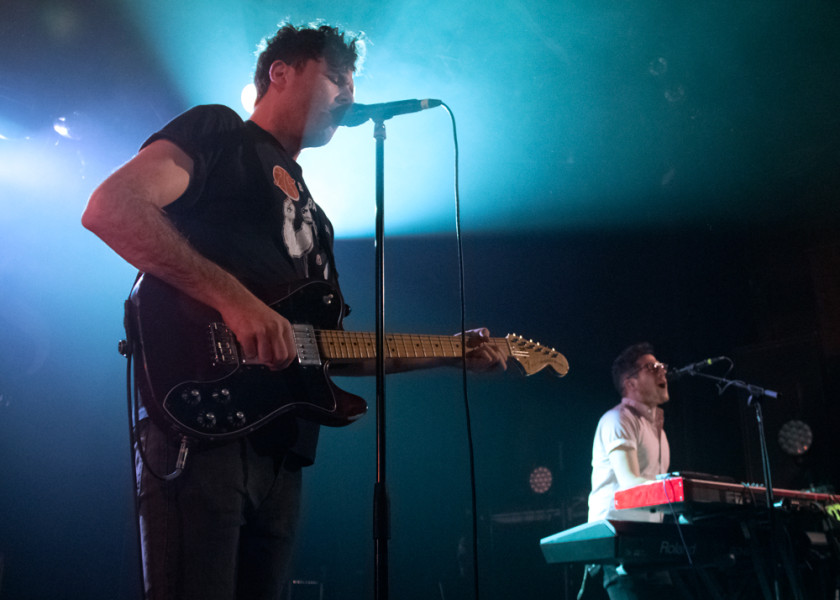 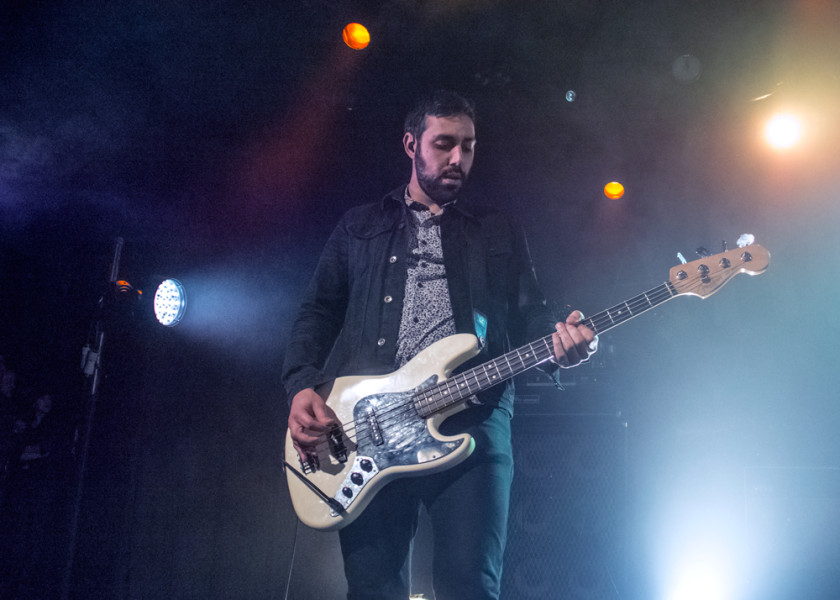 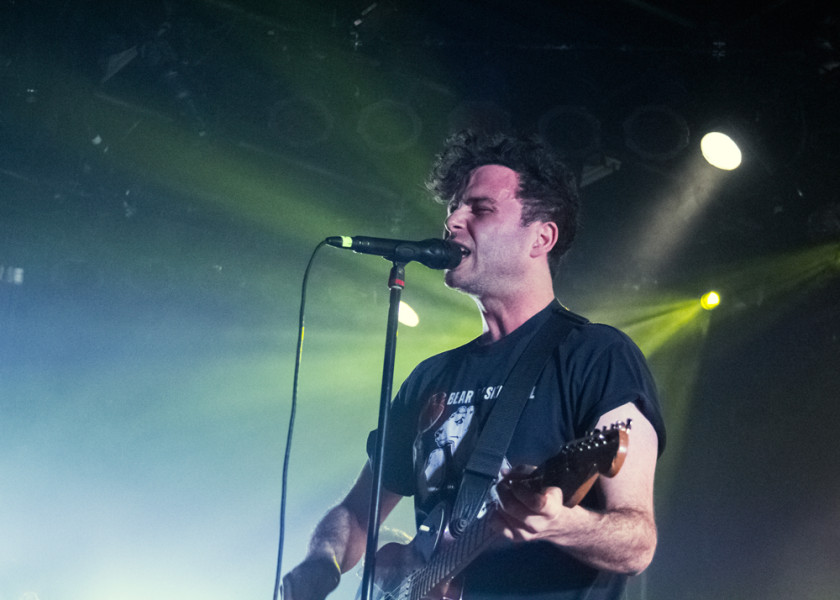 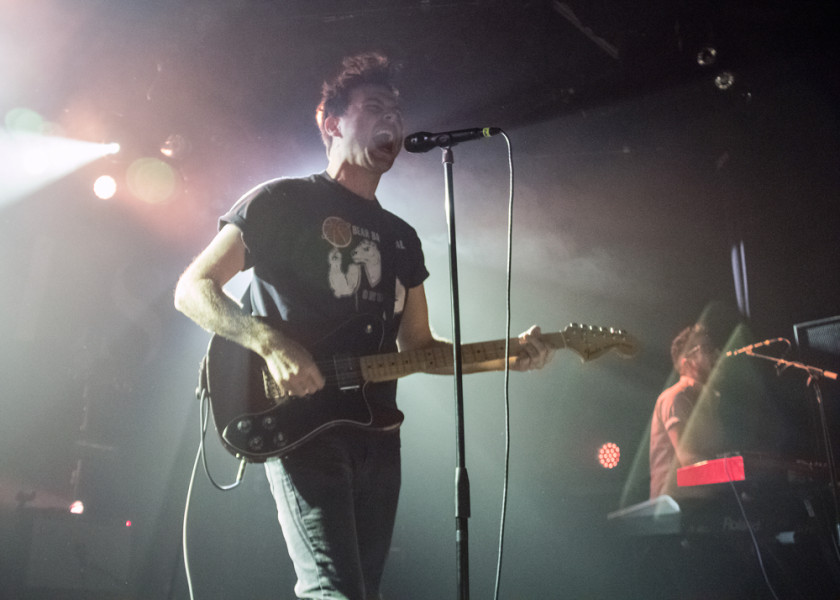 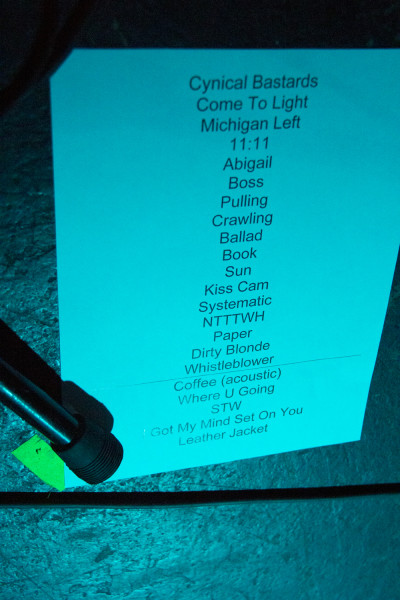