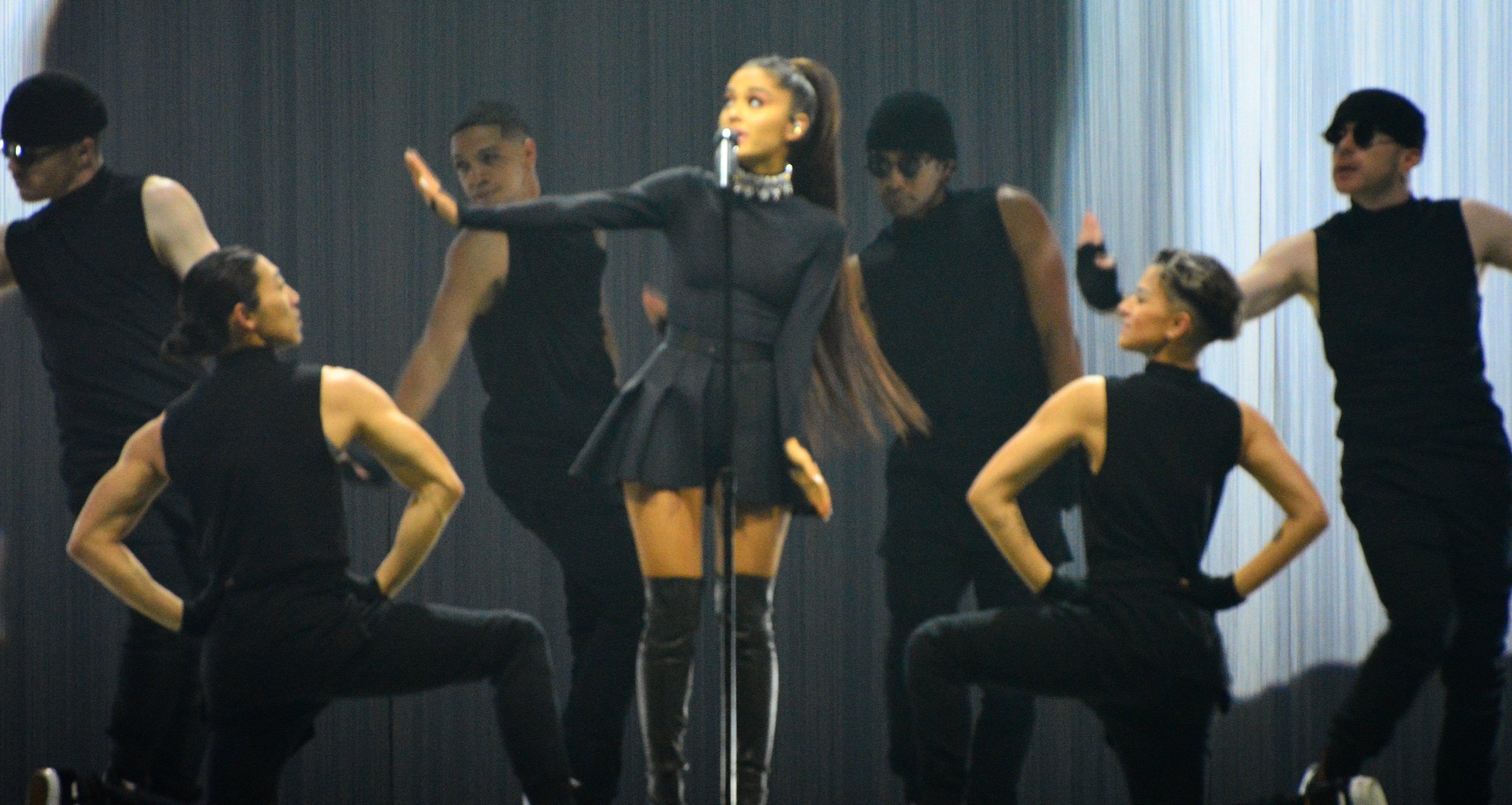 Ariana Grande’s Dangerous Woman Tour rolled into Vancouver on Friday night, sending her mostly-female fanbase into a frenzy with her bombastic beats and powerhouse vocals.

The singer has become a household name in just a few short years, but she’s been honing her craft since birth. Grande did the Broadway thing as a kid, then starred in her own Nickelodeon series before releasing debut album Yours Truly at just 19 years old. The follow-up, 2015’s My Everything, launched her into superstardom and it wasn’t just pop music fans that took notice; Grande soon landed on Time magazine’s list of the most influential people in the world alongside Pope Francis and Angela Merkel.

All that, plus a voice that can shatter both glass and chart records: Grande is the only artist in Billboard history to have the lead single from each of her first three albums debut in the top 10.

Dangerous Woman, her latest disc, came out last May, and the 23-year-old has done everything since then to prove that she is now dangerous and, yes, a full-grown woman.

She ditched the girlish kitten ears for a grown-up set of Playboy bunny ears, sang about “ride dick bicycles” with pal Nicki Minaj, and don’t even get us started on Donut Gate. But save for a bootylicious moment or two during her 100-minute set on Friday night, Grande pretty much sidelined the sexed-up stuff and kept the focus on her astonishing vocals. 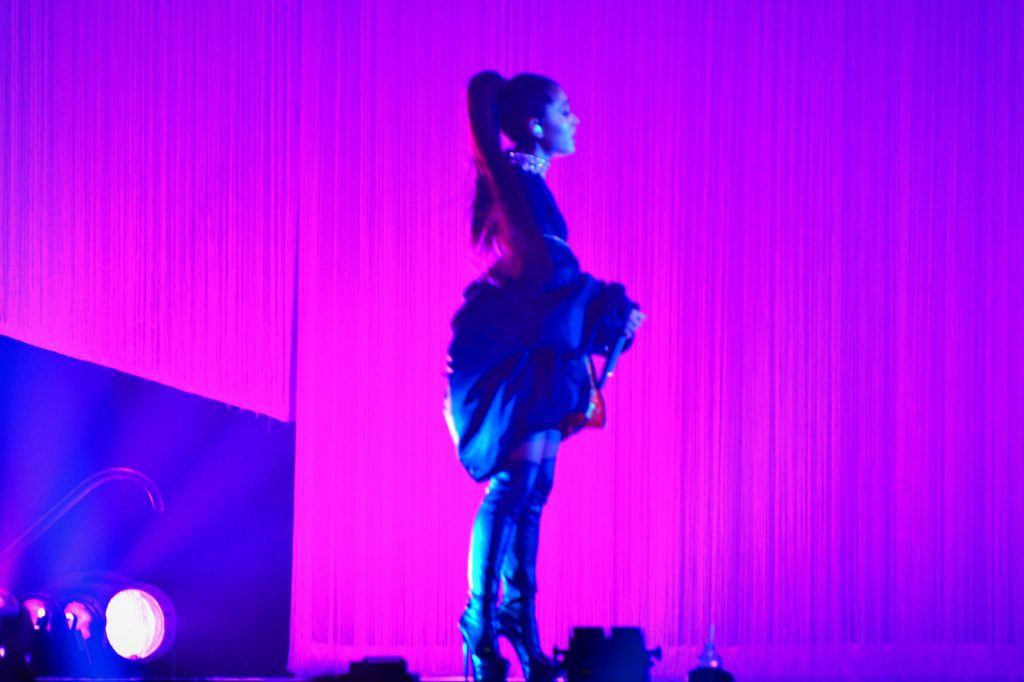 After short sets by Victoria Monet and X Factor UK winners Little Mix, fans sat through a reeeeally long videoclip that appeared to show Grande getting ready backstage (spoiler alert: the footage was filmed months ago and plays before each show). Ten minutes of Grande brushing her hair and checking her phone was enough to make fans check their own phones, but all was forgiven when she finally graced the stage to perform “Be Alright” and “Everyday”, her new collaboration with rap star Future.

It was obvious from the first notes of the evening that Grande is the real deal: no lip-synching, no backing track. And while so many of her contemporaries are competing to become the next Britney or Xtina, Grande has loftier ambitions – she’s clearly gunning for Mariah’s throne and has the vocal prowess to get there eventually. She sounded pitch-perfect on slow jams like “Moonlight” and even managed to slay “Side To Side” while simultaneously riding a stationary bike.

Most of the show was comprised of new material, with Grande performing all 15 tracks from Dangerous Woman and ignoring her first album altogether (but to be fair, no one came to the show on Friday hoping for the Spanglish version of “The Way”). Also in the set were a handful of singles from My Everything including “One Last Time” and a remixed version of “Break Free” that turned the arena into a giant circuit party for a couple of minutes.

And needless to say, Future and Nicki Minaj did not appear onstage to perform their featured verses on Grande’s songs but clips of both artists flashed on giant screens behind her. Not so lucky was Iggy Azalea, whose rap on Grande’s smash hit “Problem” was eliminated from the track completely (not dangerous enough, apparently).

Finally, 20 songs and two confetti showers later, the diva tore through encores “Into You” and “Dangerous Woman” while the crowd tried in vain to sing along. But no one in the venue (onstage or off) could hold a candle to Grande, and the same goes for many of the artists scheduled to perform at Rogers Arena in the coming months.

last night’s queen 👑 didn’t have to even zoom in for this photo thanks to @see.kait.run’s connection to move us from the back of the upper bowl to lower bowl! happy belated birthday Kaitlynn!!! . . . #arianagrande #dangerouswomantour #thisisastandingupsong