Argan Bistro is just steps from the hustle and bustle of Vancouver’s Robson Street. With the summer sun beating down on the sidewalk of Jervis, sloping towards Coal Harbour, the restaurant’s charming six-seat patio deck juts out, beckoning diners to slide in for a meal.

Previously home to Morocco West, Argan Bistro has the same owner, Kevin Lin, but a new chef and a new culinary sensibility. In the kitchen is Chef Jeff Miller, who shares Lin’s passion for fresh, local, organic ingredients prepared and presented with global flair.

Currently offering the same menu at lunch and dinner, Argan Bistro’s dishes embrace the best of the season and eclectic and often exotic flavours in a way that is ultimately the epitome of Canadian “west coast” cuisine. 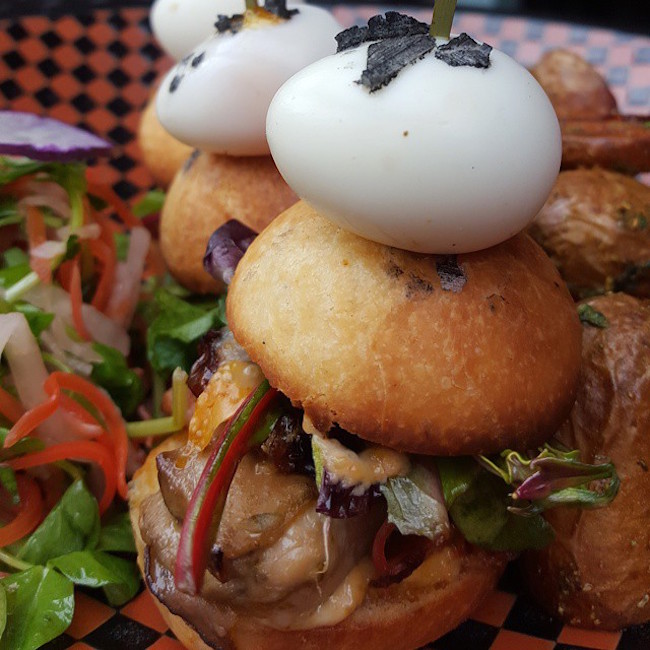 Argan’s wide-range of dishes showcase a variety of techniques and are all presented with an artistic flourish on the plates, like the visually stunning tequila and grapefruit marinated snapper ceviche, delicately piled on sweet and juicy watermelon “planks” and featuring exciting elements like a fiery mole oil, plantain hickory sticks, and habañero-passion fruit “caviar.” Dancing the line between salty, citrus, and sweet, this refreshing starter is a great way to kick off a meal. 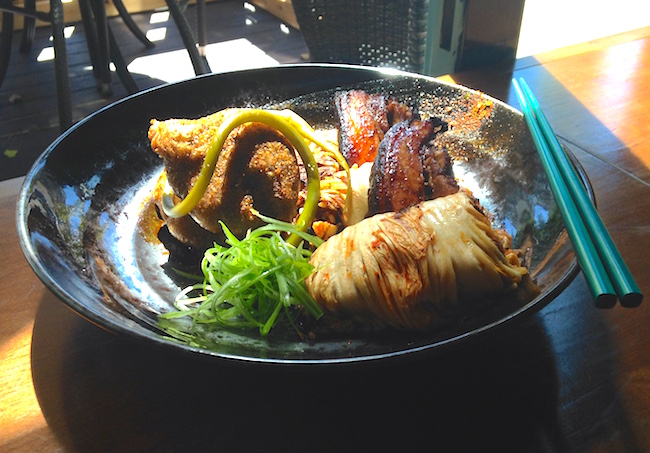 There are some vestiges of Morocco West that remain at Argan Bistro, starting with the name (the argan tree is endemic to Morocco), along with the colourful tagines (cooking vessels) on display near the kitchen, or a menu item like the Chermoula Roasted Free-range Chicken. However, the rest of the menu is more like a passport to global taste adventures; hit up Korea with the Maple Soy Pork Belly & Kimchi Cabbage Rolls, or Japan with the Blackened Snapper Tempura, all by way of Canada and the bountiful foods of Vancouver and the Lower Mainland.

Lin is excited to have Argan Bistro as his homage to B.C.’s beautiful produce and proteins, and to have Miller at the stoves realizing their shared ideal of west coast cooking. With several years in professional kitchens, Lin is pleased to be a proprietor, and looks forward to welcoming locals and Vancouver’s visitors to Argan Bistro, especially since its recent reboot and relaunch. Plans are in the works to kick-off a brunch service, giving diners another chance to explore global flavours using local ingredients.